Just recently Tate Modern was named as Britain’s most popular tourist attraction: 5.9 visitors went to the gallery last year. Sounds impressive, doesn’t it – that is till you do a bit more research.

For example, Tate Modern does not figure in the global list of 2018’s most popular exhibitions. For Contemporary Art the only British show that crept into the top ten was the Saatchi Gallery’s ‘Art Riot: Post-Soviet Actionism’, in a relatively lowly ninth place – one of four exhibitions on a list that was free entry. The top show on the list was an artist called Do Ho Suh at the Smithsonian in Washington DC. That racked up more than a million visitors, at a rate of 7853 a day. Saatchi got 248, 547 over a slightly shorter run – 4690 a day. The Guggenheim in Bilbao had three shows on the list. Other were held in Tokyo, Rio de Janeiro and Seoul.

If you look at the history of British art, the present situation is a strangely familiar one. Art – new art – is a middle-class preoccupation – ELS

Where classic Modern artists were concerned, the top institutions made up most of those listed for Contemporary Art once again, with the addition of the Grand Palais and the Musée de l’Orangerie in Paris and the Van Gogh Museum in Amsterdam. Both Amsterdam and Kyoto did shows about Van Gogh and Japan. Attendances for these were respectively 4602 and 4793 per day. It will be interesting to see if the current Van Gogh and Britain show at Tate Britain gets anywhere close to this. In the Classic Modern category, Tate Modern, still not in the top ten, got 521,000 in total for Picasso and nearly 137,000 for Modigliani. Both of them were safe choices. 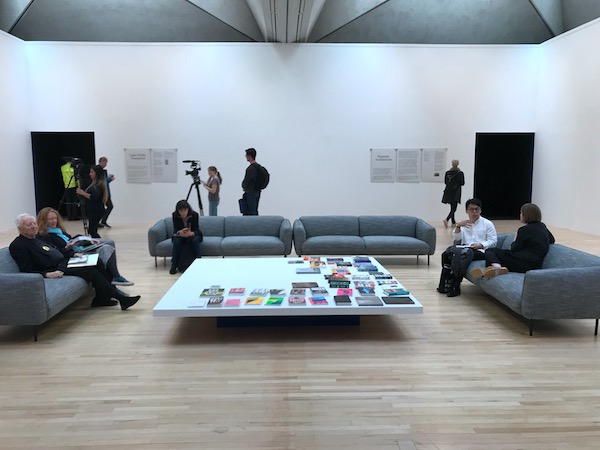 Tate Modern does, of course, pride itself on being a populist playground – swings and all that in its enormous Turbine Hall. As Martin Hemming commented, in a recent piece in the Sunday Times:
‘If you go during the week, it’s like a crèche for middle-class pensioners and foreign exchange students. The former has a nasty habit of stopping directly between you and the painting you’re looking at, absolutely oblivious, The latter lean against the walls of the Turbine Hall, pushing each other about, playing with their phones and generally appearing bored.’

Yes, when I happen to go on an ordinary weekday, this is pretty much the kind of attendance I see. If you want to see young Londoners bouncing around, full of a sense of privilege and of their own importance as cultural participants and players, then go to openings at the Saatchi Gallery. Or, better still, go to those at Damien Hirst’s Newport Street Gallery. You won’t get that kind of vicarious thrill – the feeling that you are where contemporary culture is re-inventing itself and evolving – if you go to similar events at Tate Modern.

The truth is that while, as everyone knows, British politics are currently at a crisis point, British culture, visual arts culture, in particular, is having its own crisis to match. It’s emblematic that the three artists now on view at Tate Modern – Franz West, Pierre Bonnard and Dorothea Tanning – different as they are from one another, do have one thing in common. Which is that they are all safely dead.

Tate Modern, under its present management, is an excellent promoter of good causes: women’s art, art by members of ethnic minorities, agitation by and on behalf of artists belonging to these groups for social and historical justice. But the attitudes of those pursuing these causes are very top down. It’s them telling you. They’re not hugely interested in what you might have to say in response. There is increasingly a case for saying that, now they’ve got these big spaces, the Tate organisation seems to be running out of ideas about how to fill them convincingly with something that looks like art, while at the same time pulling a big audience in. An array of potted plants and some performance artists rolling around on the floor are unlikely to do the trick.

If you look at the history of British art, the present situation is a strangely familiar one. Art – new art – is a middle-class preoccupation. Not, as it currently claims to be, something for everyone. And the business of art is to instil a middle-class definition of virtue. Listen to mummy. Listen to nanny. Don’t answer back.

As history both Contemporary and Modern Art informs one, this set of attitudes is unsafe. Both Picasso and Modigliani were notoriously bad boys, especially in their relationships with women. They were nevertheless central figures in the art world of their time. Tate can host them now, without too much embarrassment, because they are not here, with us and active, and haven’t in fact been so for quite a long time. A few reproving tut-tuts will be enough. 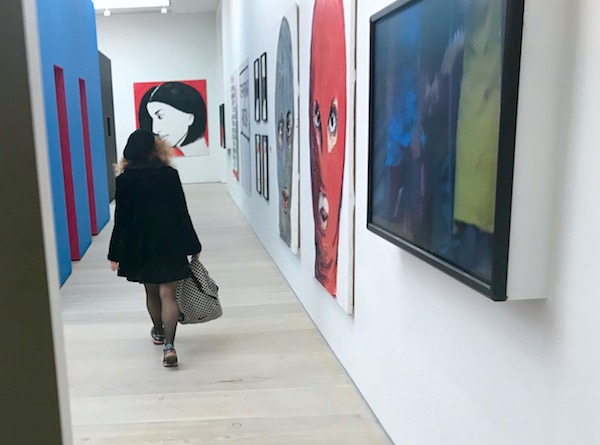 More dangerous, in this context, is complacency about both technology on the one hand, and social change the other. Tate Modern, one suspects, thinks it steps with technology. Dinky little videos on iPhones, made – preferably – by female artists. What could be more up to date? The answer to that is easy. There has been an enormous change, not in imagery. But in how images are presented, and about the relationship between their makers and those who receive them. In the Virtual Reality universe, rooted in the world of video games, images alter in response to the wishes and reactions of those who encounter them. That is, each artwork is fluid. Put on the backpack, the helmet, the gloves, and you enter a universe particular to yourself. Virtual Reality has a cousin in Artificial Intelligence: that is, it is related to but not the same as artworks that seem to be wholly self-generated, but which do not introduce one, for a brief time at least, into a parallel universe of perception.

Opposed to this is art that operates out in the open, mainly in an urban context, hit-and-run. I am speaking, of course, about urban graffiti. There is now a throng of graffiti artists at work. Some are quite celebrated – Banksy, Blek Le Rat, Lady Pink. And the places and contexts they work in are widespread. The majority of the well-known ones seem to be men, but certainly not all.

Because of its very context – in the city, hit-and-run, graffiti art has no need of official permission, and attempts now being made to co-opt this form of artistic expression into a structured universe of official approval and patronage tend to look absurd. If you want are that is simultaneously populist and contrarian, here it is. On occasion Banksy, in particular, has exploited in this embarrassment in his own favour. Can one have an art world where graffiti art is comfortably at home in a grandee institution like Tate Modern? I tend to think not.

It is not, thank God, my job to reconcile the Tates to new universes of artistic creation. But it’s worth remembering that, since the mid-19th century at least, art worlds run by bureaucracies have nearly always got it wrong.