Few painters have fascinated and enthralled over the centuries as much as Pieter Bruegel the Elder (c. 1525/30‒1569) Now, the Kunsthistorisches Museum in Vienna has unveiled the most comprehensive exhibition of this 16th-century Netherlandish master ever compiled. Bruegel was a revolutionary artist at a time when religious painting was paramount. His subject matter depicting the everyday lives of ordinary people in graphic, sharp focus was a trailblazer for what would become known as ‘Genre Painting’.

A monkey mimics humans like an artist mimics nature

The show marks the 450th anniversary of the artist’s death with over 90 works including paintings, drawings and prints. The exhibition has been superbly hung and lit within the sumptuous architecture of the last palace of the Hapsburg Empire. The Bruegel exhibition has broken with tradition by removing a panel from its frame and displaying it in a large glass vitrine. This allows the viewer unprecedented access to study the back and front of the work. The bowing of the large panel also becomes far more pronounced in this unusual perspective. Other works are displayed eye level set into cases allowing the viewer to get close in order to take in the texture and colour of the pigments. 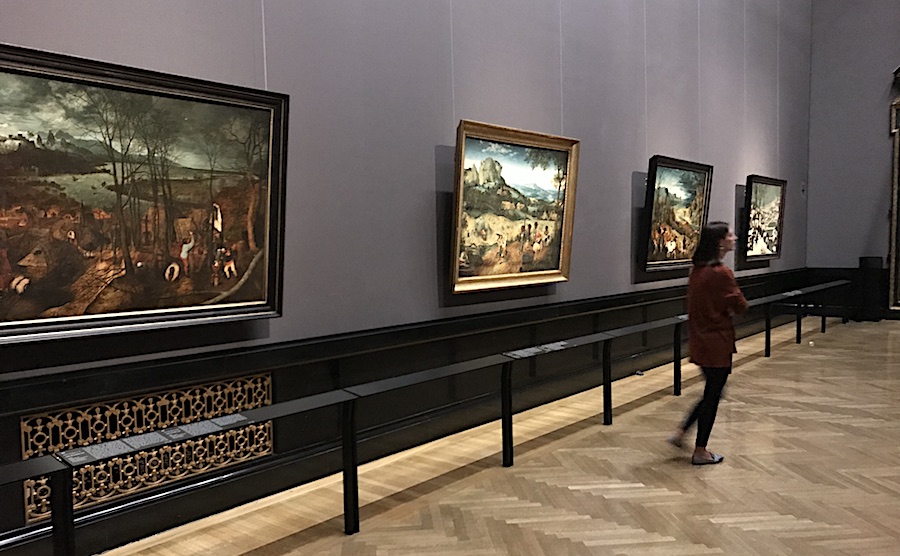 Pieter Bruegel the Elder The Seasons

The Kunsthistorisches Museum was in a unique position to compile this one-off exhibition as the 16th century Habsburg dynasty collected twelve of the artist’s most important paintings as well as substantial works by Bruegel in other mediums.

Look closely at Pieter Bruegel the Elder’s work, and you will find a meticulous attention to detail. The exhibition reunites series works such as the two known ‘Tower of Babel’ paintings and four of five large ‘The Seasons’ panels. Genre painting, or pictures of the every day, began with Bosch. Breugel carried on this tradition but with a more grounded approach. His Bosch inspired The Triumph of Death, and Dulle Griet are both displayed together in the exhibition. 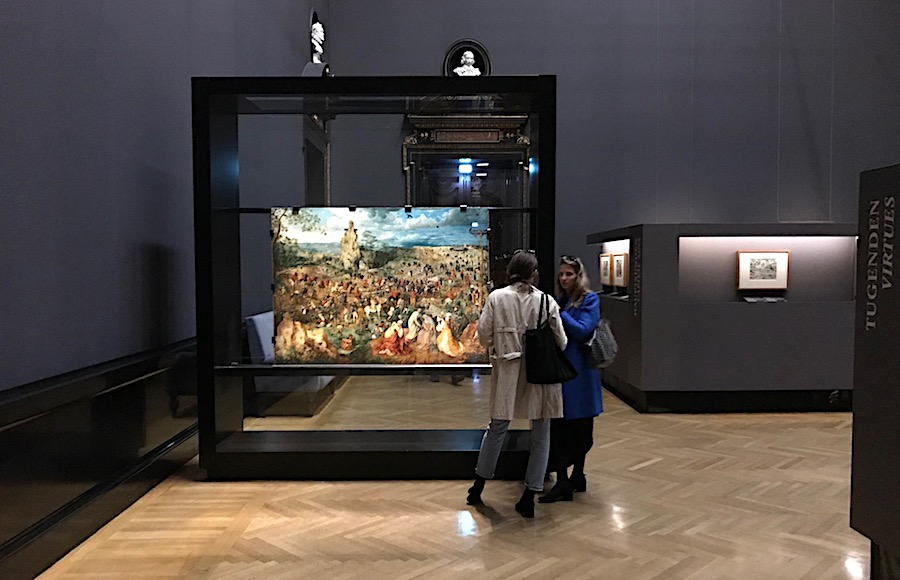 Bruegel was a great master of Seascapes. His knowledge of maritime life and the architecture of boats is highly regarded by historians in the field . One painting View From The Bay Of Naples is a newly attributed work shown for the first time as a Bruegel.

In his lifetime, Bruegel revolutionised landscape and genre painting. His compositions are still important and relevant today. As a draughtsman and graphic artist, his innovations made a significant contribution to the evolution of both landscape and figurative painting.

This is a once in a lifetime opportunity to see a career survey of this highly influential master’s work. Not since the Bosch exhibition at the Prado in Madrid has there been such a high level of international interest in an Old Master show. It has taken six years for the curators and museum directors to realise this important exhibition. Not to be missed. 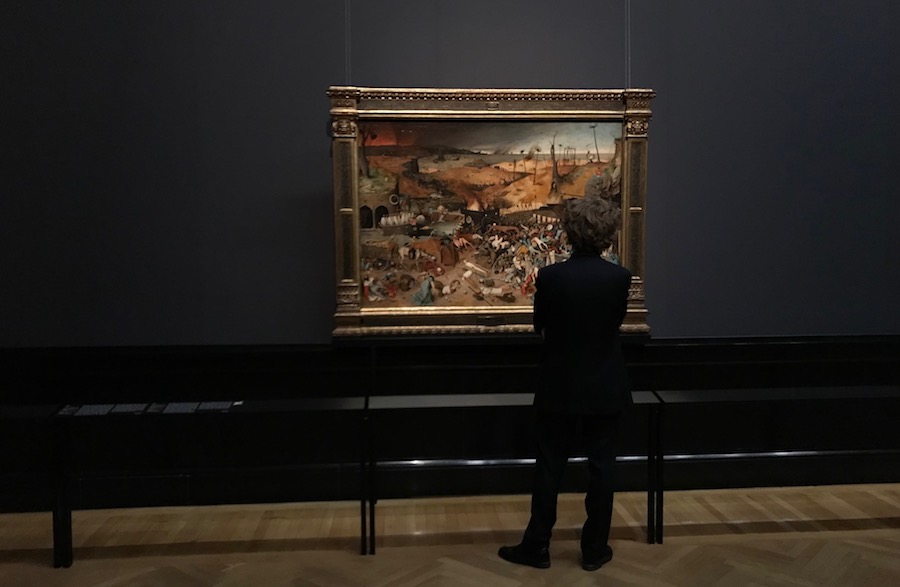