A recent Opinion piece on the website Hyperallegenic fiercely condemned Frida Kahlo, long one of the patron saints of contemporary feminist art. Written by an Indigenous American woman, it claimed that: “In both her art and personal style, Kahlo promoted the construction of a mythologised Indianness at the expensive e of Indigenous people.”

This seemed to me a little harsh, in view of the fact that Kahlo was herself of partly Indigenous heritage. Though her father was German, her mother was mestiza – partly Spanish, partly Purepecha – that is to say, from precisely the same Indigenous group that the complainant herself came from. Visiting La Casa Azul, the museum in Mexico City, once Kahlo’s home. The complaint said that she ‘felt out of place”. 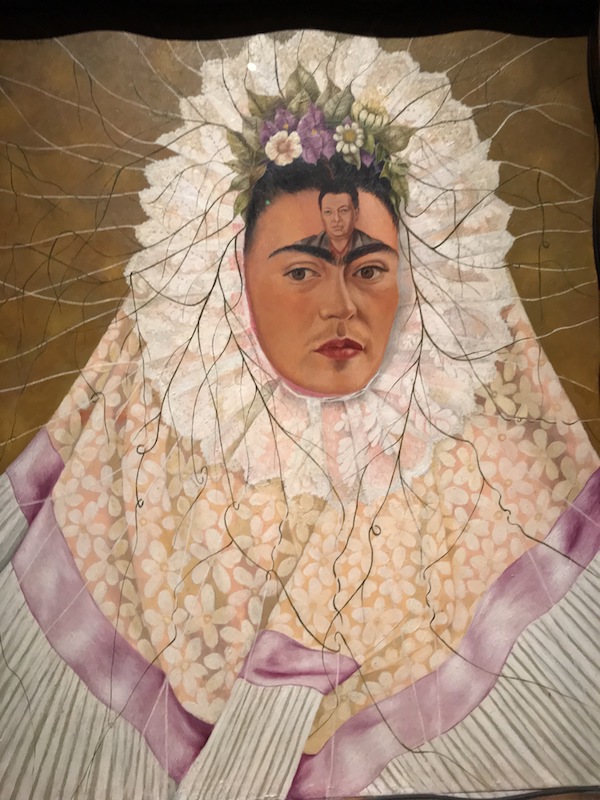 “While Kahlo wore rebozos like all the women in my family do, she still did not look like us. Missing from the public discourse about the artist are discussions about how the ‘nationalism’ that Kahlo promoted both in her art and personal style perpetuate the construction of a mythologised Indianness at the expense of Indigenous people.”

What struck me about this accusation of bogus ethnicity was the contrast with attitudes currently deployed in the contemporary art world concerning not race but gender. This seems to be particularly the case in major official institutions, such as the Tates. Here the rule increasingly seems to me that the creative artist is entitled to adopt any gender identity that they feel most comfortable with psychologically – male, female or some mixture of the two. Or maybe even neuter. Mere physical equipment is irrelevant. You can, if you insist, be a woman with a penis. Or a male with a vagina. You can undergo various procedures to turn yourself into a closer approximation of what you feel yourself to be, but the physical transformation can never be complete, however, convincing the outward simulacrum becomes. Also, however, complete the inner psychological transformation.

This has also, to some extent, happened in the contemporary British art world with ethnicities, though never quite so completely.
A man or a woman of entirely Caucasian genetic heritage who insists on being identified as Black will always run the risk of being regarded as an imposter. People of mixed race, on the other hand, are sometimes regarded as being free to choose which ethnicity they choose to identify with, even if that ethnicity is, in fact, not the more significant part of their genetic heritage. More often, however, in these circumstances, ethnic identity is forced upon them, whether or not they welcome it. An artist of mixed race, Caucasian and Black, will most often be identified as Black, even when Black is the smaller part of their genetic heritage. If it shows and can immediately be recognised by others, a Black artist is what they are, and the recognition affects public reactions to their work. In this sense, Kahlo has become an exception. For her Indigenous commentator, quoted here, she remains not quite Indigenous enough.

The situation has in fact, greatly changed in recent years. From the 1960s to the 1980s, Britain’s official museums, most of all big London institutions, had a cult of ‘bad boys’, wicked little naysayers, who courted the vis cal arts establishment by seeming to contradict it. The preferred reaction was, “Ooh! Isn’t he a One!” These acclaimed trouble-makers were pretty well, all of them male, and it also helped a good deal if they had had the tact to die young before recognition fully arrived, which meant that their provocations were also safely at an end. About the only artist of this kind who remains a major figure in the art world of today is Jean-Michel Basquiat, who died of a heroin overdose in August 1988, aged 28. A denizen of the New York art world, Basquiat seems now to have outstripped his one-time collaborator Andy Warhol, in the same way that Kahlo once outstripped her husband, Diego Rivera.
Basquiat had the advantage not only of dying conveniently young but also of being of combined Haitian and Puerto Rican heritage. In this sense, he remains absolutely acceptable to the art world we have now. His antics don’t shut him out.

If you are an artist now, it increasingly seems, certainly where London’s official galleries are concerned, that your sexual and ethnic identities count for at least as much as what you actually produce. It also seems that you are offered the fullest possible opportunities to change the first of these, in accordance with what you feel yourself to be, which is not necessarily in accord with the body nature provided you with.

Your opportunities as an artist to change or modify your ethnic identity, should you wish to do so, are much more limited. There it is still a case of ‘Man (or person of whatever gender you choose to identify with) proposes, but God disposes.” Though God can now and then be persuaded be a little bit capricious. Ask Frida Kahlo.