Artlyst recently visited the Van Gogh Museum, Amsterdam, which is currently presenting Gauguin and Laval in Martinique – the first ever exhibition devoted to a significant, if short period in Gauguin’s development – four years before travelling to Tahiti in 1891. Spending four months on the island with his friend and fellow artist Charles Laval – who remains somewhat of a mystery, as there was no correspondence sent by the artist from the French colony – Martinique was to have a considerable impact on Gauguin’s artistic practice.

Both artist’s had fled what they perceived to be the depraved modernity of Paris, seeking what they thought would be a kind of primitive authenticity. The works on display in the exhibition demonstrate a significant exchange between the two artists during this period, although the low light in the gallery – necessary due to the fragility of some works – mutes some of Gauguin’s warmth, and the clay ochres of the Martinique soil. 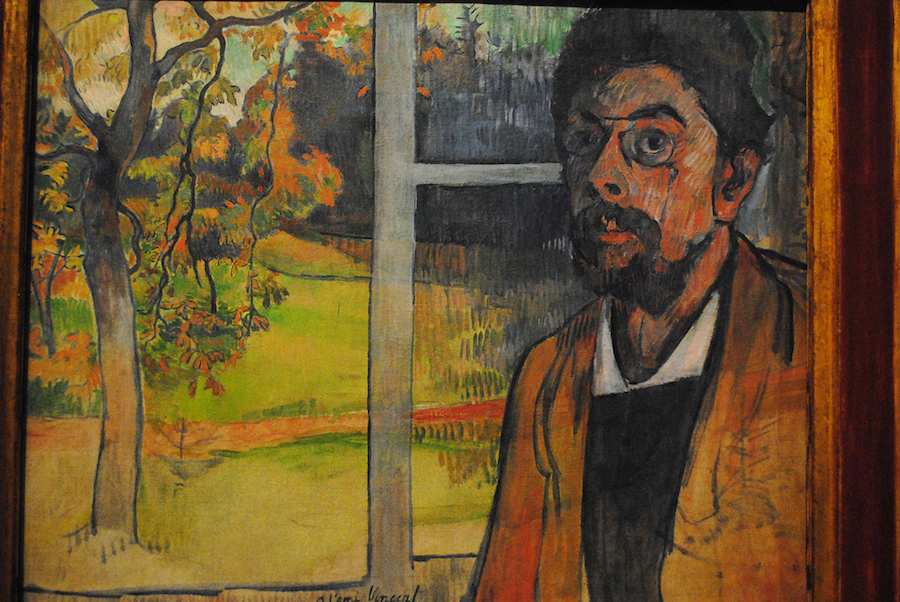 Shedding the degeneracy of the modern for a new life in the Caribbean, Gauguin would later write: ‘I had a decisive experience in Martinique. It was only there that I felt like my real self, and one must look for me in the works I brought back from there rather than those from Brittany if one wants to know who I am’.

In fact, the Van Gogh Museum collection features a number of pivotal works by both artists from their time in Martinique; with Van Gogh and his brother Theo, being among the very first to admire Gauguin’s work from the island, resulting in the acquisition of several pieces.

Yet the savage primitivism of their existence – which Gauguin described in letters to his Parisian colleagues – was in fact hypocrisy, as they were in reality residing in a colonial metropole. 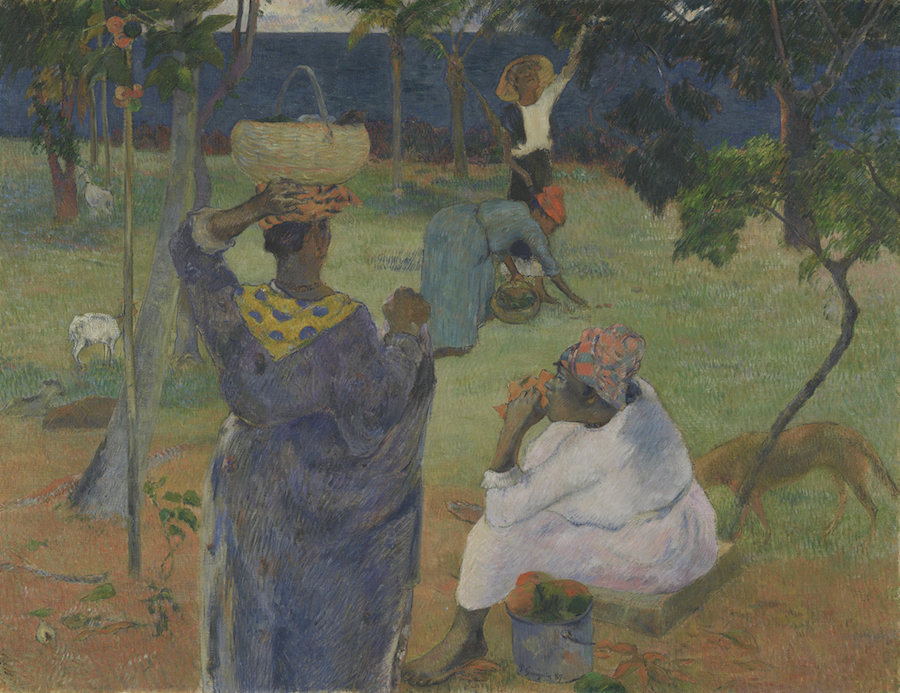 The tropical idle of Gauguin’s Martinique period was, in fact, a harsh working environment, and not the romantic wilderness of the artist’s eager descriptions. His figures of fruit carriers – which Gauguin described as beautiful women in the most colourful clothing, walking around him, their chatter very lively – were labourers crushed under heavy loads and gruelling working conditions. Gauguin appears to have no regard for the women’s real situation, instead, they became decorative forms within the artist’s paintings – symbols of a romantic tropical primitivism – this fact makes many of the artist’s paintings problematic. The figures have no heavy loads on their heads but are instead relaxing in a utopian tropical Eden entirely of the artist’s invention.

The evolution of many of Gauguin’s visual motifs – a signifier of that aforementioned artistic development – took place on Martinique, informing his early practice, where the artist’s painted figures came from sketches, interchangeable between works yet interconnected, a fluid network of motifs which begins with this period in the artist’s career.

Ironically Gauguin and Laval were to fall out over this idealised image of paradise when both men fell for the same woman. At this point the relationship between the two artists ends, this pivotal moment, shared by these two savage artists was consigned to history and forgotten, in much the same way as Gauguin removed all traces of Laval from his life.

Yet within this collection from the Martinique period, Gauguin is the ‘savage artist’ exoticising the mundane, cultivating this false identity of a savage primitive life – in these works, the artist literally built his paradise.