The New Year revels are over. It’s January, and the art world is back to work. The first sign of this stirring is the London Art Fair 2019 that returns to the capital from 16-20 January. Once it was the most happening art fair in London, but it’s had its off years in the past as it repositioned itself to contend with that glitzy upstart Frieze. But now it’s back with solid foundations as a fair that champions a wide array of British Modernism, while giving space to new and innovative work in the upstairs Art Projects space. Now in its 15th edition, this offers a strong platform to a range of contemporary art from around the globe. This year brings together 33 galleries from 11 countries showing an enormous range of work from the good, the bad to the ugly. 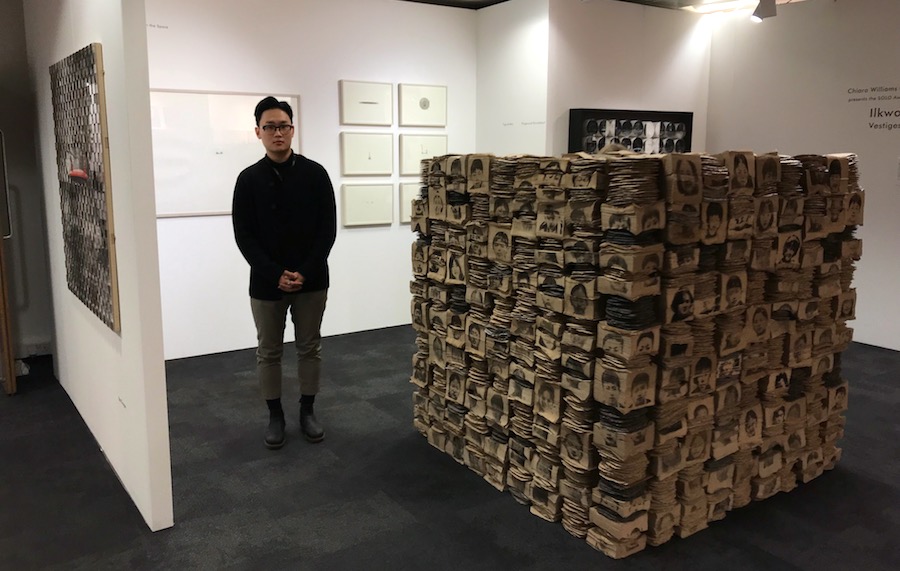 Among the most exciting galleries in the project space is Chiara Williams Contemporary, now based in Margate. On show is the winner of her Contemporary Solo Award™, Ilkwon Yoon from Seoul. He employs printmaking to evoke forgotten childhood memories. Poignant chequerboards of black and white lithographs overlaid with digital prints that explore memories from his school days. A sculpture made from a pile of paper napkins, printed with the smudged and faded faces of children, emphasises feelings of nostalgia, transience and impermanence. Other highlights in the project space, a new body of work at narrative projects by the London and Beijing-based painter, Xiao-yang Li, which is being shown ahead of her first solo museum exhibition at Mexico’s Museo Leonora Carrington in January 2019 and Roshna Qorbanee and Armand Kazem at Brocket London. 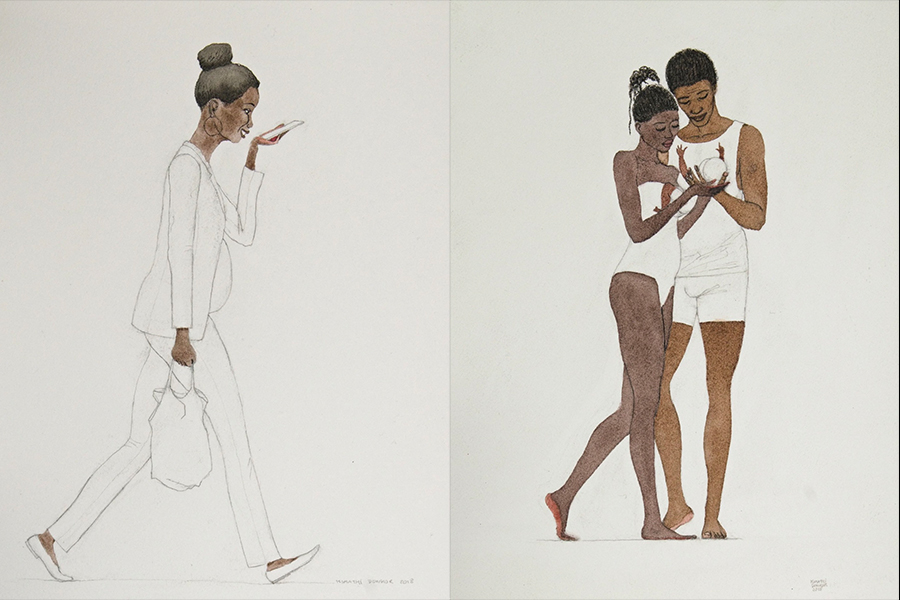 Ed Cross Fine Art has dedicated their stand to the British artist Kimathi Donkor, whose large, figurative oil paintings have been widely exhibited both internationally and in the UK. Dellasposa – “where art and culture is born of the aesthetic enjoyment and intellectual nourishment we derive through the visual world” – is showing a number of Darren Coffield’s latest paintings from his Paradox Portraits series – which deconstruct ideas of the celebrity portrait. Faces we’ve known all our lives, such as Matisse and Hockney, are reinvented with eyes set in chins and mouths hovering under eyebrows. 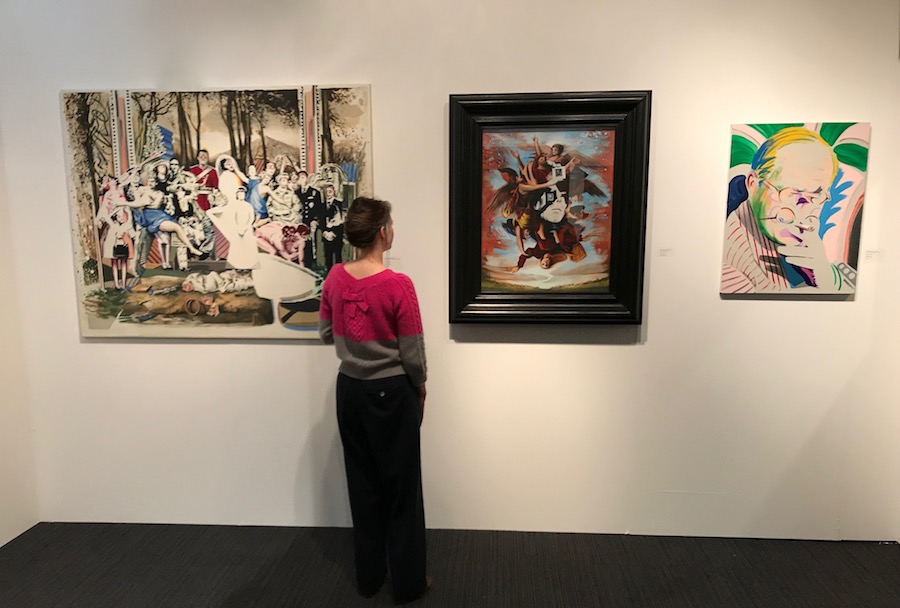 A number of the presentations in Art Projects address themes of national and cultural identity. Afrofuturism’s Past in the Arts Projects Screening Room shows work by African and African Diaspora artists and explores how the term continues to evolve and mutate. In the Projector Room, Sammy Baloji’s haunting video Mémoire juxtaposes the sinuous choreography of the dancer Faustin Linyekula with the industrial ruins of a once thriving copper mine in Lubumbashi, the second largest city in the Democratic Republic of the Congo. Set against a soundtrack of successive leaders promising political and economic renewal, it’s a potent critique of both colonial and post-colonial exploitation. 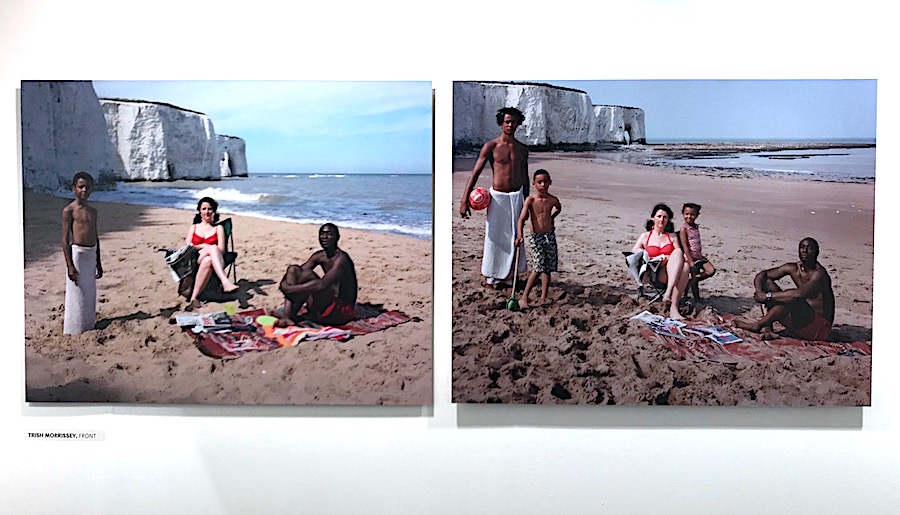 Photo50, curated by Tim Clark, showcases the work of 14 artists, using documentary and found photography, as well as performative elements, in Who’s looking at the family, now? This overarching exhibition that explores issues of class, race and identity, asks fundamental questions about family life, its dynamics and complexity within contemporary society and marks 25 years since the curator Val Williams’ seminal exhibition at the Barbican, Who’s looking at the family, opened in 1994. The exhibition features work by a multi-cultural clutch of artists, British and Irish David Moore, Trish Morrissey and Léonie Hampton, alongside Mexico City-based Mariela Sancari, Thai-born Alba Zari, Iranian Amak Mahmoodian and Lebohang Kgamye from South Africa. 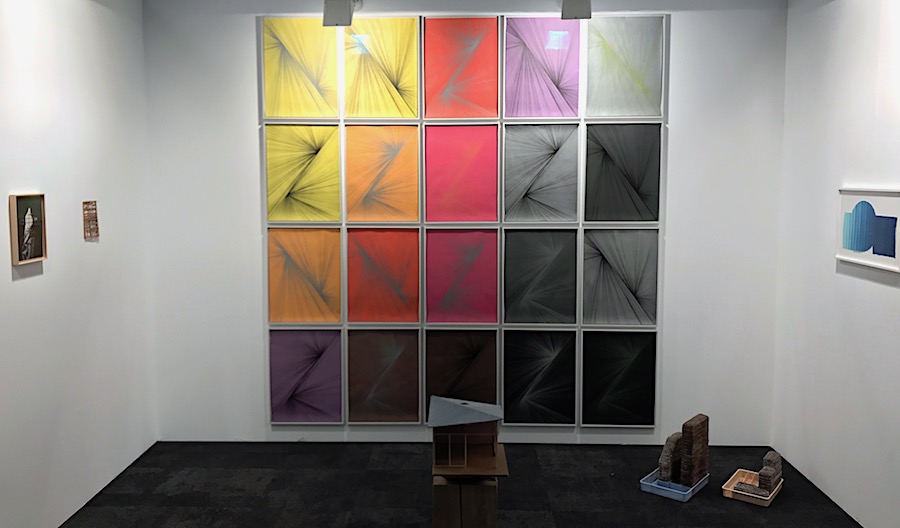 Domobaal is a gallery well worth keeping an eye on, with its booth devoted to Abstract Modernism (with a twist). At first glance, the works present examples of contemporary abstraction but all have their subtexts, including Maud Cotter’s seductively named sculpture The Cat’s Pyjamas (Cutlery) and Nicky Hirst’s ‘domestic abstraction’ pieces that include her beautiful tiny abstract grid cut from a comic book. There’s also a fine mural painting by German artist Lothar Götz, specially commissioned for Dialogues, a series of six unique collaborations whereby pairs of galleries have been invited to display their artists in conversation with each other. 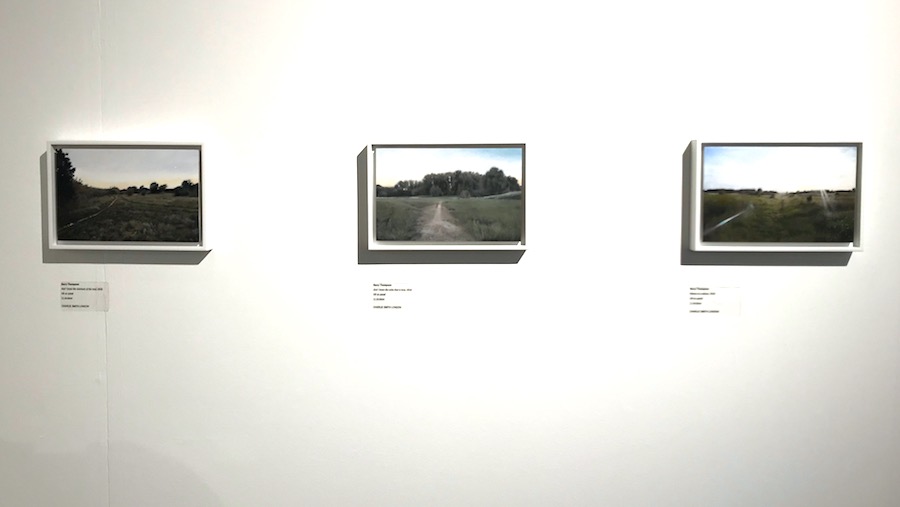 In the main fair Charlie Smith London is a young gallery that has moved to the grownup space downstairs. They have an eye for painters. Peter Ashton Jones begins with the notion of traditional landscape painting being a window on the world. He paints places in West Sussex where he grew up, exploring through light and the sensuous application of paint the space between reality and imagination. While Barry Thompson paints intense little landscapes taken from photographs around Dagenham, Essex where he grew up that I’d happily steal. These tiny, finely executed pastural paintings, full of nostalgia, rely heavily on memories of childhood and adolescence – birdwatching, underage smoking, summer fields and a little youthful experimentation with drugtaking.

England and Co have a strong presence this year, and Art First is showing a favourite text-based artist, Simon Lewety, whose calligraphic works evoke mediaeval manuscripts. Arranged in neat blocks of beautiful handwritten text they create a tension between the narrative and the visual, looking and reading. And while we’re talking about quiet work, Rabley Gallery has some beautiful minimal woodcuts, influenced by the Japanese, from Rebecca Salter RA. But it’s Duncan R Miller Fine Arts that needs to keep a watch on me. It’s their gorgeous little Joan Eardley RSA, Footsteps in Snow, that I have my beady eye on, if only it would fit under my coat.