This week Photo London returns for its fifth edition, and it’s the strongest iteration yet. No longer just a fair, over the course of the last few years it has become a major cultural event spurring numerous satellite events around the city and has made the month of May an annual celebration of the photographic medium in the capital.

Some might argue this lets the air out of the scene the rest of the time, but when there is this much energy flowing right now, it’s hard to complain. Indeed, as the founders seek to expand even further by hiring Roderick van der Lee, a founder of the Unseen Photo Fair in Amsterdam, as Director for subsequent editions, it is conceivable London could give Paris Photo a run for its money. What’s impressed most his year has been the stronger curatorial line. One senses that galleries want to mark themselves out as experiences rather than just be stands, and this has manifested itself with more galleries dedicating themselves to solo or themed presentations. These, in addition to the commissioned and public exhibitions, reward both the casual and expert viewer with an enriching experience.

The Pavillion Galleries are mostly filled with the standard blue-chip fare, but there is a great pleasure to be taken from the odd master print. Goodman Gallery has a great selection form David Goldblatt’s fantastic ‘Particulars’ series, one of his very best in which he made square close-up crops of bodies in Soweto and Johannesburg parks in the mid-70s. To see these images in the flesh is a marvel, as it is with some of the revered Ralph Gibson’s greatest images on display at Leica Galerie. 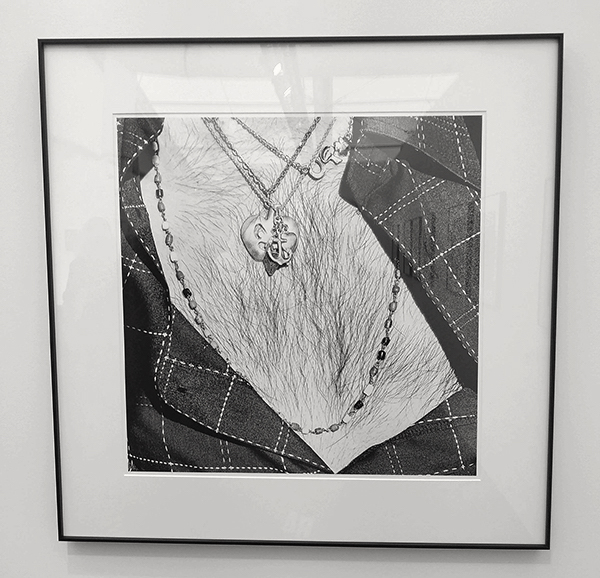 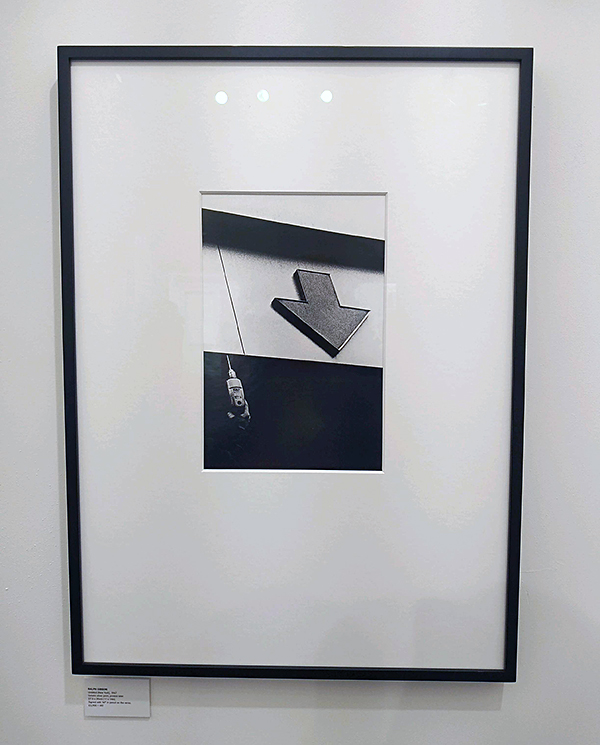 The most fun is always to be had in the ‘Discovery’ galleries, where emerging spaces showcase newer talents and neglected greats. Of the standouts this year were two newish galleries presenting works by one artist. Cob Gallery hosts a selection of enigmatic images from celebrated Danish photographer Casper Sejersen. According to the gallery, Sejersen has become known in his native Denmark for his inventive, symbolic and challenging imagery that balances serenity with violence and fabrication with fact. His images have a crisp, graphic quality that probably stems from his work in fashion, and his collaborations with Lars Von-Trier on side-projects relating to his films. Cob is exhibiting Sejersen in their main space to run alongside the fair display, thus bringing to the deserved attention of a wider British audience. 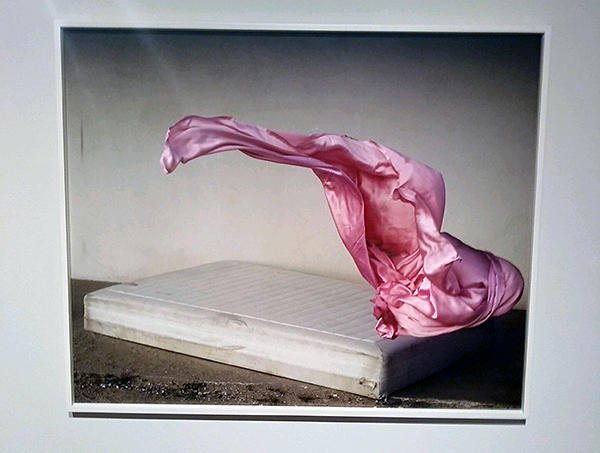 I also really enjoyed discovering the work of Benjamin Deroche at H Gallery. There are images from two of his projects on display, but I particularly enjoyed work from his ‘Sur Nature’ series, in which he makes a series of graceful, tender interventions in landscapes around the globe. The images have a wistful innocence to them that belies a strong environmental message. The geometric objects placed at the scene hint at a mournful,even spiritual love for the natural world; the objects ritualistic offerings rather than mere interventions. A real pleasure to discover. 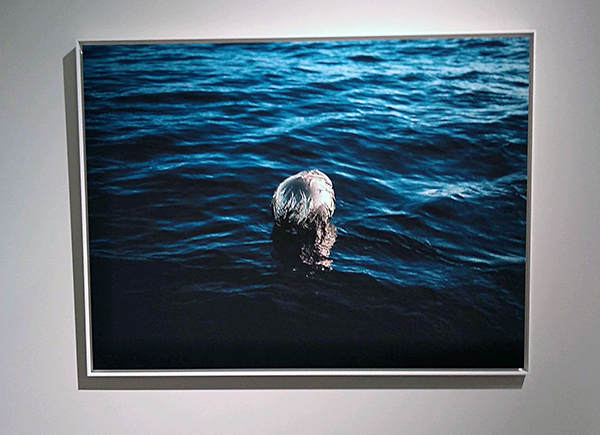 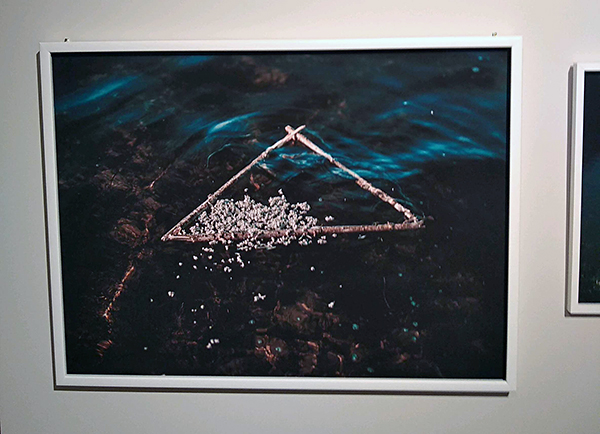 Benjamin Deroche – H Gallery  Photo London 2019
Also engaged with nature is the work of German duo Tilo and Toni at Metronom Gallery. Most of the images from their project ‘Im Walder Ruscht der Wasserfal’ are the result of improvised darkroom interventions with archive and contemporary images of nature, and of man’s communing therein, yet they have emerged with a uniformly murky aesthetic that is oddly alluring; banal but full of detail and subtle traces of the artists’ hand. These photographs bring a very modern ambiguity to their allusion to a Friedrichian romanticism and even some humour. The sublime is now perhaps only to be found in the images taken in an attempt to document its existence, the artists might be suggesting. 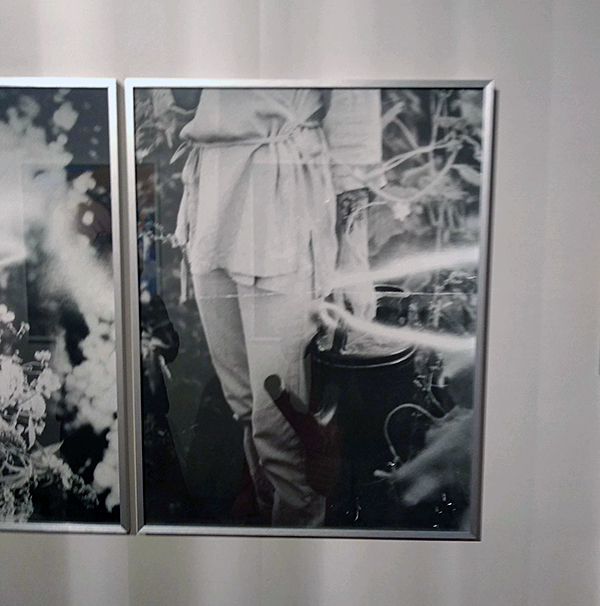 Other highlights in Discovery include Erin’O Keefe’s beautiful abstract still lives at Albada Jelgersma Gallery, an Hannah Hughes’ intimate collages at Sid Motion Gallery; small in scale but suffused with a fragile warmth. 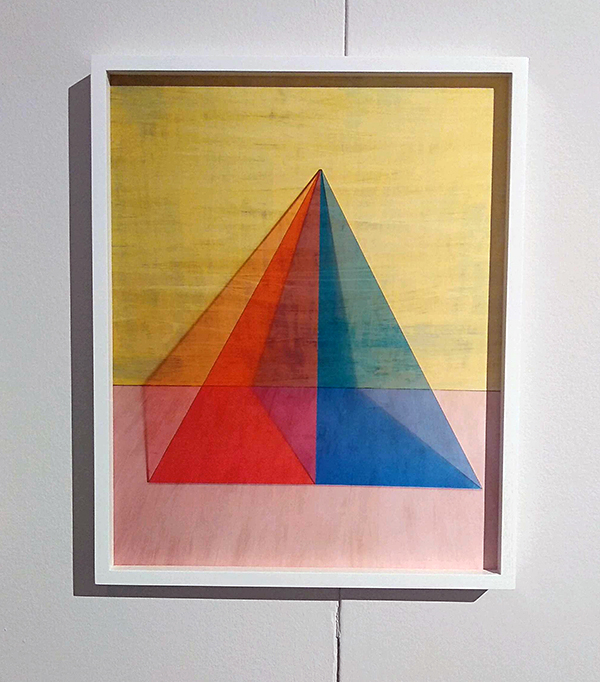 In the main wings, there is much of the great work you would expect to see, but there were some unusual highlights as well. An entire Tom Wood solo exhibit at Sit Down Gallery, for example, is a delight, as is a wall of Giacomelli at Contrasto Galleria. 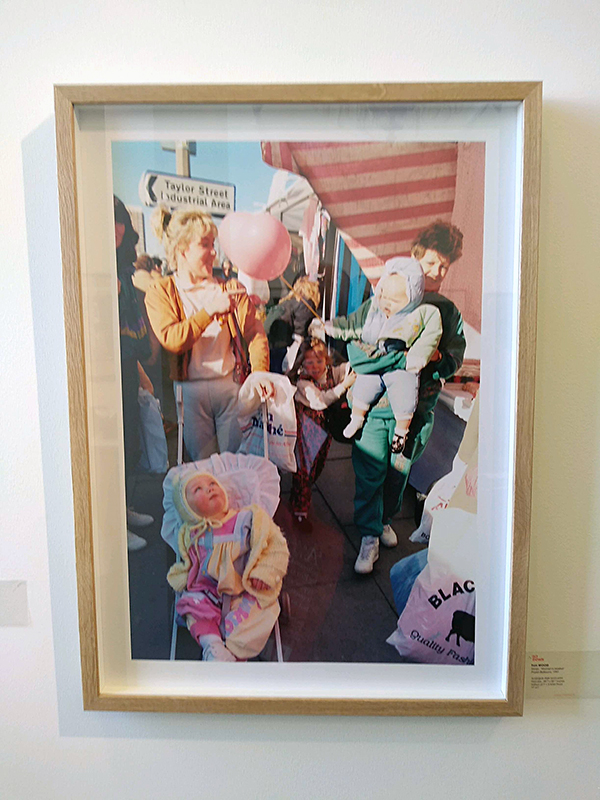 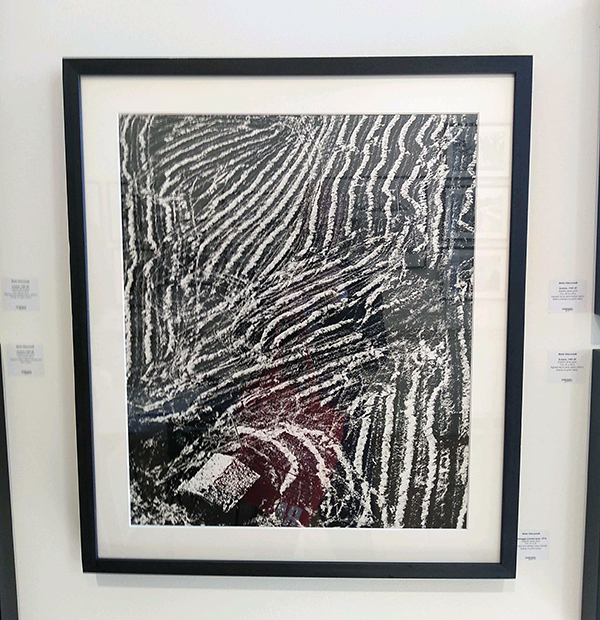 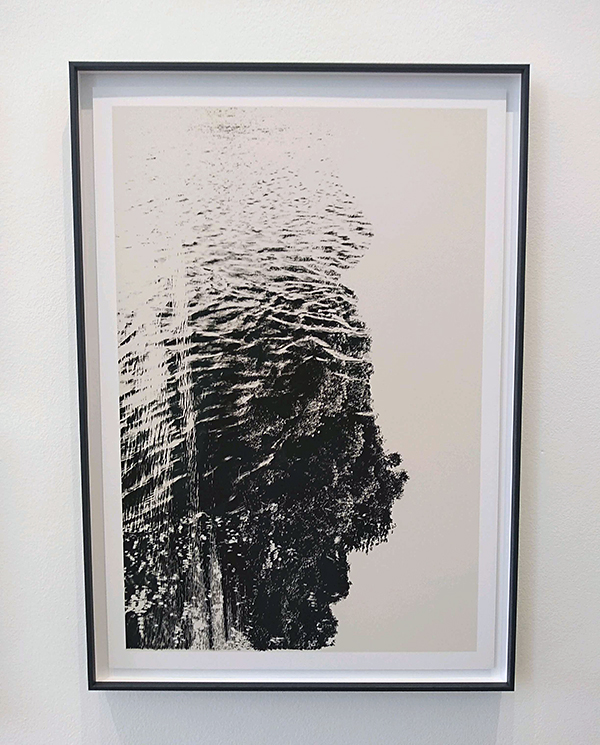 Paul Cupido’s images at Bildhalle are nostalgic and textural, recalling an imagined voyage to exotic climes, deliberate and slow yet somehow decisive.

Flowers Gallery features highlights from its roster of artists, with images from new projects by John Maclean and Julie Cockburn. Maclean brings his keen eye for colour and structural abstraction to nature this time, away from the urban, in two striking images that are exciting hints at what is to come. Also moving in a new direction, Cockburn has moved into screen printing on large scale images to striking effect. 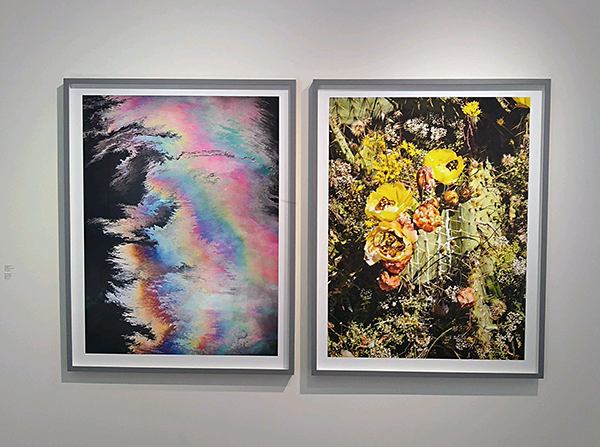 Photo London launched yesterday alongside the 2019 Master of Photography and highlights from its Public Programme.  Special exhibitions and installations at the Fair include Gavin Turk’s Egg Project which is partly a video installation consisting of visitors selfies of eggs along with a great big bronze egg sculpture. Other special exhibitions of note are the 19th-century pioneer photographer Roger Fenton and Vivian Maier, a street photographer who spent most of her working life as a nanny, a must see.

Building on the success of its first four editions, Photo London 2019 returns to Somerset House to showcase the very best of the past, present and future of photography. This year’s edition continues the Fair’s longstanding support for young galleries and artists. Overall there is a focus on emerging trends and unseen work. The announcement of exhibitors follows a rigorous two-stage selection process to identify the best quality presentations and artists ranging from established masters to rising stars. The Fair takes place 16 – 19 May 2019

The galleries exhibiting in 2019 were selected by an expert Curatorial Committee led by Philippe Garner. Besides, Art Consultant and Curator Tristan Lund, who has curated the Discovery section of the Fair since 2017, has played a vital role in the overall curation of the Fair. The fifth edition of Photo London will include almost 100 galleries from 21 different countries: Austria; Belgium; Canada; China; France; Germany; Hungary; Italy; Japan; Latvia; Lebanon; Mexico; the Netherlands, Norway, Portugal; Spain; Switzerland; South Africa; Taiwan; the UK; the USA.

The Fair’s widely acclaimed Discovery section features a curated selection of 23 galleries. It focuses on new and emerging talent, including several from the fast-developing photography scene in London alongside international galleries.

There’s obviously much more to see, so get down there and catch it early before the crowds envelop.