What’s up for art here in London, once the pandemic is finally over? Will we all be able to go back to the state of things as they were, in the jolly days before the plague? Right now everything is still shut up tight.

There’s bound to be a transition period while the new vaccines take hold. We had something of this interim sort in the period of optimism last summer before infections suddenly soared again. It wasn’t, in fact, much fun, going to big museums in plague-year conditions. Book in advance, wear a mask, sanitise your hands when you get there, follow the prescribed route, be careful to keep your distance from other visitors. Not too many of those, as it happened. Visitor numbers to the big public spaces fell with a crash. Not surprising when London was more or less forbidden to tourists. No Americans. No Chinese. Are they, in fact, going to come back, if and when international travel gets to be a bit easier? Will they once again be flocking through the mighty spaces of Tate Modern, in the glorious days of what one might call the Serota era? Big installations! Ai Weiwei! Louise Bourgeois! Olafur Eliasson’s The Weather Project! Art that was, at one and the same time populist and guaranteed to be avant-garde.

Alas, I don’t think that epoch is likely to return. The pandemic, and its impact on tourism, was not the only factor. Avant-gardism and populism were beginning to fall apart from one another before the epidemic manifested itself. The alliance was always somewhat of a paradox. The 20th-century avant-garde tended to be focussed on bad boys, who were admired for being so. From Picasso to Basquiat, male avant-gardists were not expected to be civic exemplars, paragons of contemporary virtue. This situation gradually changed in the closing years of the century, as women artists achieved greater prominence. “Dear old so-and-so, she’s never really had her due.” As this happened, the situation changed in other ways. 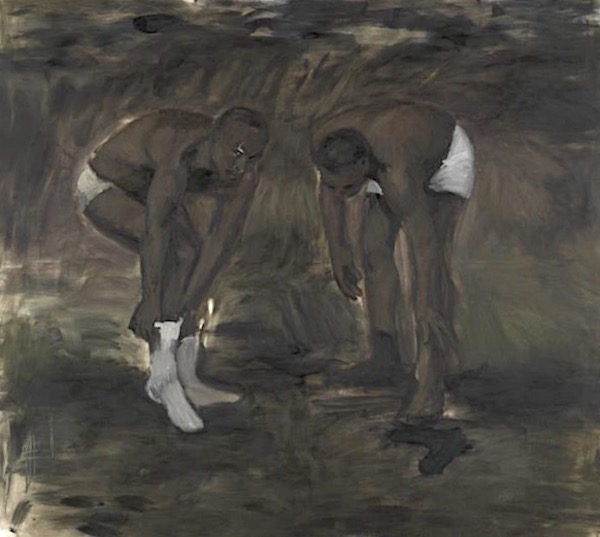 Particularly in Britain, artists re-embraced figuration, while at the same time becoming more moralistic, though not in a Victorian fashion. Candid sexual images were OK. Painting was challenged by other forms of visual expression – video, photography with large-scale digital images, and performance art, all of which were increasingly autobiographical: a theatrical revelation of the self. Self-portraiture, in particular, became a much-favoured genre. Some German artists seemed to produce little else. Much attention was paid, not only to women artists but to artists of non-European ethnicity. It was best of all; it seemed as if they were not only female but Black. This led to the appearance of a number of talented women artists, from ethnic backgrounds which, till then, had been little represented in the history of Western art. However, these Black artists did nothing to cure an increasing stylistic stalemate. They used an established artistic language skilfully but didn’t change it. What mattered, to the art world within which they now made considerable successes for themselves, was who they were, their ethnic identity, not any stylistic innovations that might be visible in what they produced.

At the same time, overt competition was frowned upon. This distaste manifested itself at the Turner Prize show held in Margate just before the epidemic declared itself. The four candidates, contenders, selected as usual by a somewhat obscure committee, got together and declared that the prize-money must be divided equally amongst them all. The trap here was the fact that this kind of thing, given the nature of the contest, could only happen once – that is if the event was to retain any public credibility. Do this twice, or worse still three times in a row, and it would become just an establishment give-away, to recipients chosen for reasons that would remain unseen. The prize, in the context of the accompanying exhibition, provided a forum for public reaction and debate. Did the winner deserve to be the one who had been singled out?

The Turner, as an event promoting the work of younger artists living and working in Britain, had already begun to suffer from another disadvantage, based on a well-meant concern for cultural ‘equality’. It was now held in London only on alternate years. On the other years, the exhibition took place in some deserving provincial centre. Where, inevitably, the prize-show received less publicity and fewer visitors. Some winners of the competition, therefore, profited from their success more than did others. It depended on the year in which they won.

Meanwhile, during the time immediately before the pandemic, there appeared an increasingly wide technological gap between the art world and the related video games world. The powers-that-be in the art world, increasingly often female administrators and exhibition curators determined to undo historic injustices to their sex (and very often, it must be said, better organised than their male counterparts) had a ‘come-along-now’ attitude to technological innovation. Their idea of new technology in art was that of a female artist, belonging to the same generation or a little younger than themselves, making dinky little videos on her I-phone. These videos could then be showcased on the site of the major institution they worked with, or which they actually controlled.

As those in charge might have known, had they bothered to look, a parallel world to the one within which they themselves existed was at that very moment both expanding and mutating. This was the vast universe of video games. Its expansion was celebrated in a show at the Victoria and Albert Museum entitled Design/Play/Disrupt which ran from September 2018 until February 2019. Parts of the catalogue are still available on the web. 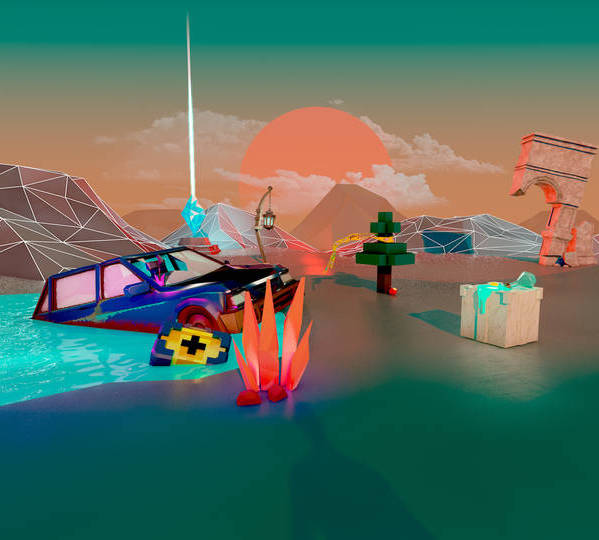 Here is the brief intro to the section called ‘Play’: “Online player communities connected through servers and social platforms create, collaborate and spectate together. From mind-blowing megastructures built in Minecraft to the vast array of fan art that embraces and extends beloved virtual worlds, their work sees them transcend the role of the designer to democratise design on a vast scale.”

These video games, increasingly narrative rather than being purely competitive, employed image-making techniques that were much more sophisticated than those employed to create what was classified as ‘contemporary art’. The player was often engaged in a system of call-and-reply. The player made a possible choice – an algorithm built into the game responded. Each reply opened up, in turn, a fresh range of choices. Each participant embarked on a journey personal to themself.

The narrative that evolved was a new kind of visual experience that was never possible before these advances in computer technology. It also happened that most of the creators of these new visual narratives were male, not female. As indeed were most of the players, in a world that still had a competitive edge. But nobody needed to know what gender you were, or what your ethnicity was if you didn’t want to tell them.

The current pandemic seems to have greatly speeded up this transfer of creative power and creative processes to the computer screen. You don’t need to visit a show at the V&A, or any other gallery, official or commercial, in order to do so. All you need to do is to sit at home, look at the screen and press the right keys, strictly at your own convenience, at any hour of the day or night.

It’s a whole new creative universe, both for makers of art and for those who are content simply to experience what is being made. One that seems unlikely to vanish away when – of if – the pandemic is brought under control. Running around the galleries at Tate Modern, on impulse, during week-day business hours, surrounded by a mob of tourists who are making a visit to London, is an amusement that may well be over. The same is true for more sensible, but perhaps even more crowded visits at the weekend. The question is: can Tate, returned to how it used to be, actually survive without you? Even more to the point: will those mobs of tourists continue to turn up? It was they who supplied Tate Modern in particular with its real reason for existence, though the official culturati were inclined to assert the contrary.