The late George Michael, the British singer and songwriter, is to auction off his extensive collection of YBA artworks. Michael was an icon of the imaginative spirit of the 1980s and 1990s. Proceeds from this sale will be used to continue George Michael’s philanthropic work.

One of the most influential and best-selling recording artists of all time, George Michael’s private art collection represents a dialogue with his own British contemporaries, artists such as Damien Hirst, Tracey Emin, Sarah Lucas, Michael Craig-Martin, and Marc Quinn, who rose to prominence by challenging the status quo of the time, and together creating the Young British Art movement. Through visits to galleries and artists’ studios, he developed friendships with many of the YBA artists whose work he deeply admired. The collection represents George Michael’s dedication to cutting-edge creativity in every field and reflects his instinctive support of young emerging artistic talent. 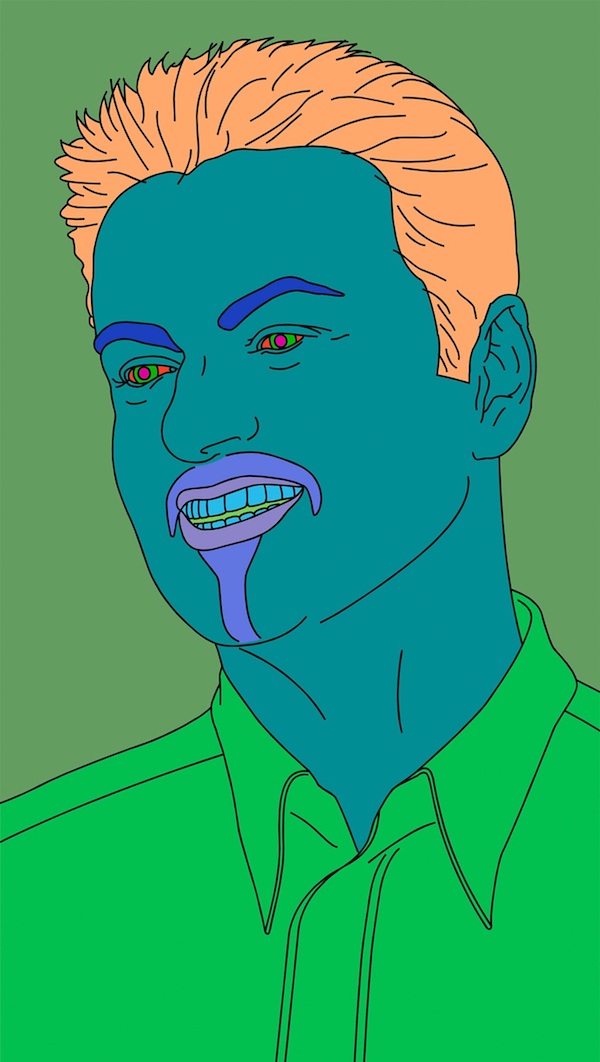 Wham! was the first major Western act to perform in China, playing two historic concerts in 1985. In 2019, Christie’s will pay tribute to the groundbreaking spirit of George Michael with an expansive global tour of the Collection including a stop in Shanghai, and concluding in London with the works appearing in a public view at Christie’s headquarters. The flagship auction will take place on 14 March, alongside an online sale which will be open for bidding from 8-15 March, with estimates ranging from £400 – £1,500,000, offering fans and collectors alike a once-in-a-lifetime opportunity to acquire a work owned by George Michael.

Jussi Pylkkänen, Global President of Christie’s, commented: “We are delighted to be organising this major auction of The Collection of George Michael to allow his philanthropic work to continue. George Michael was a much-admired creative genius of the music industry and the viewing of over 200 works of art from the private collection will provide a fascinating insight into the broader tastes of a man who was deeply admired all over the world.”

Key works of the sale will include Tracey Emin, Drunk to the Bottom of my Soul, 2002; Damien Hirst, The Incomplete Truth, 2006, Bridget Riley, Songbird (1982); and Michael Craig-Martin, Commissioned Portrait Untitled (George), 2007. Images below left to right.

Cristian Albu, Co-Head Post-War & Contemporary of Christie’s, added: “We are honoured to have been entrusted with The George Michael Collection, which represents a unique opportunity for collectors, art lovers and experts, as well as for the legions of George Michael fans across the world. The collection is a celebration of the YBA movement’s spirit of creativity and adventure in the late 1990s, with works ranging from the poetry of Tracey Emin to the transcendence of death manifested by Damien Hirst, and reflects every aspect of this dynamic moment in British cultural history.”

George Michael’s Trustees remarked: “The Art Collection of George Michael reflects the friendships built between one of the UK’s most acclaimed musical artists and the visual artists who were creating artworks at a seminal moment in British cultural history. Philanthropic work was hugely important for George during his lifetime, and it was his wish that this work would continue after his passing.”

Additional key works from The George Michael Collection will be unveiled during the global highlights tour, beginning in New York from 8-11 February. The tour will continue to Los Angeles where works will be on view from 11-16 February, Hong Kong from 19-22 February, and Shanghai from 23-28 February. The complete collection will then be open to public look at Christie’s King Street, London from 9-14 March, with the sale taking place on the evening of 14 March.

Comprising more than 200 lots across both the live auction and the online component, “The online sale will allow fans and collectors alike to participate globally, with estimates starting from as little as £400,” said Paola Saracino Fendi, Specialist, Post-War & Contemporary of Christie’s.