Hackney Council has announced two public artworks to be unveiled celebrating the Windrush Generation. The sculptures commissioned from two artists of colour, Veronica Ryan and Thomas J Price will be the first permanent monuments in the UK to honour Windrush. The council wants the work to serve as a permanent expression of solidarity with the Windrush Generation. With all that’s going on globally marking the death of George Floyd in the US and the rise to prominence of the Black Lives Matter movement in the UK, this  is a defining moment for cultural change. Hackney Council says the public artworks will take pride of place in the borough next year.

The announcement, made today, on National Windrush Day follows an extensive two-year consultation period. It counterbalances the many victorian statues honouring racists and slave trade merchants currently on plinths in the UK and follows weeks of anti-racist protests across the nation.

Thomas J Price will work from photo archives and digital 3D scans to create a large-scale bronze sculpture which will be located in the centre of Hackney, outside the Town Hall. The larger-than-life physical representation of people from the African Caribbean diaspora celebrates the legacy and cultural influence of the Windrush Generation, while also seeking to address the disproportionate lack of statues representing Black citizens in the UK.

Price told the Hackney Citizen: “This is an amazing opportunity to show how people connected to Windrush are part of the very fabric of this country. I feel honoured to be part of this celebration of its legacy, especially as my Jamaican grandmother came over as a nurse.”

He added: “I am very excited to work with the people of Hackney on this project, and it’s my hope that this piece will challenge social perceptions and receive engagement from audiences that are often left out of traditional gallery environments.” 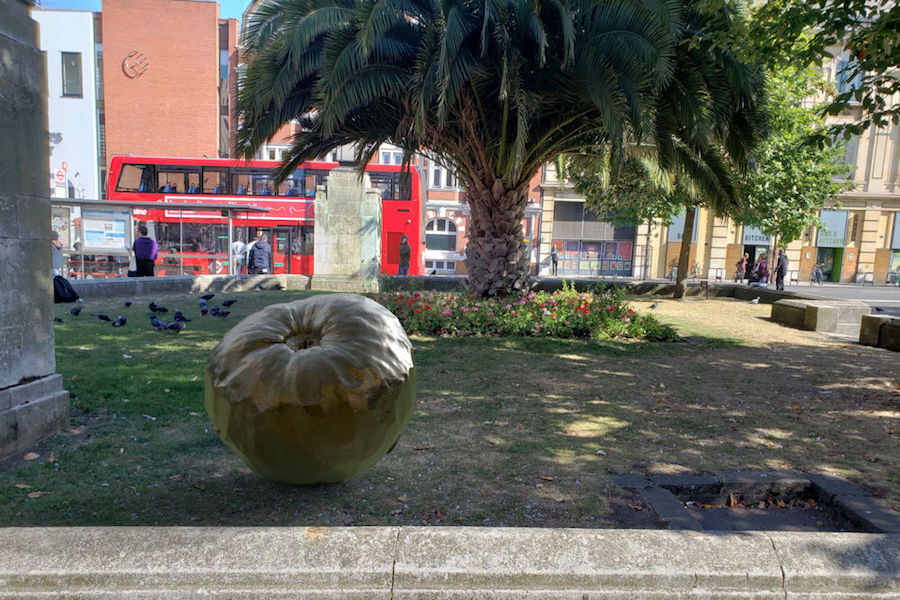 On her inspiration, she told the Hackney Citizen: “I have memories of going to Ridley Road Market with my mother as a child to buy fruit and vegetables, fabrics, and sewing materials. Little did I know, those early experiences would become an essential material for my practice as an artist.

“I remember as a toddler during the 1950s the difficulties my young hopeful parents from Montserrat dealt with, navigating a new country and often inhospitable circumstances.”

Cllr Carole Williams, the Town Hall’s lead on Windrush, said: “To see Hackney become home to two new pieces of art belonging to two different generations of the Windrush community is something we take pride in.” She added: “We’re proud to be home to one of the largest Black British populations in the UK and we’re committed to recognising the ongoing contributions they bring through celebration, support and honour.

“The announcement of our Windrush artworks is another example of how we stand by those commitments and insist on visibility and gratitude to Black British people within our civic and accessible spaces.”

Today’s news follows the council’s recent decision to review the role of statues and the naming of landmarks, street names, parks and other public spaces across the borough.

Mayor of Hackney Philip Glanville said of the new artworks: “Since 2018 we have been in conversations with cultural experts and our local community about the commission and the significance it brings to not only our borough but the story of Black History in the UK. “While our commitment to this work has long predated the current debate about better and more diverse representation in the public sphere, we’re proud, as we undergo our review of landmarks and naming of public spaces, to be able to make this announcement on Windrush Day 2020.

“It is a clear example of our ongoing efforts to reflect on and celebrate our migrant history, recognising it and Black History as an essential and valued part of Hackney and who we are as a borough.”