Newport Street Gallery has unveiled ‘Now’, a solo exhibition of work by US artist Jeff Koons (b.1955), which opens to the public today, Wednesday 18th May 2016. To mark the opening of the exhibition, Newport Street Gallery will launch its new ‘Summer Lates’ opening hours, which will see the gallery remaining open until 10pm every Saturday from this weekend (21st May). Spanning thirty-five years of the artist’s career, the exhibition at Newport Street Gallery features thirty-six paintings, works on paper and sculptures dating from 1979 to 2014. The show includes iconic works from Koons’s series Inflatables, The New, Equilibrium, Luxury and Degradation, Made in Heaven, Popeye, and Hulk Elvis, amongst others. Drawn from Hirst’s collection, a number of these works have never before been shown in the UK. Summarised by curator and critic Norman Rosenthal as “manifestations of a joyful acceptance of American culture”, Koons’s work – which here fills Newport Street’s six, expansive galleries – challenges and teases in equal measure, reflecting equally on the profundities of our existence as on the beauty and banality of the now. As Hirst states: “The thing I love about Jeff’s work is that it’s contemporary, it’s here, it’s today.” Jeff Koons was born in York, Pennsylvania, in 1955. He studied at the Maryland Institute College of Art in Baltimore and the School of the Art Institute of Chicago. He received a BFA from the Maryland Institute College of Art in 1976. Since his first solo exhibition in 1980, Koons’s work has been shown in major galleries and institutions throughout the world. A full survey of Koons’s career was the subject of a major exhibition at the Whitney Museum of American Art in New York, which travelled to the Centre Pompidou in Paris and to the Guggenheim Museum Bilbao. Koons lives and works in New York City. 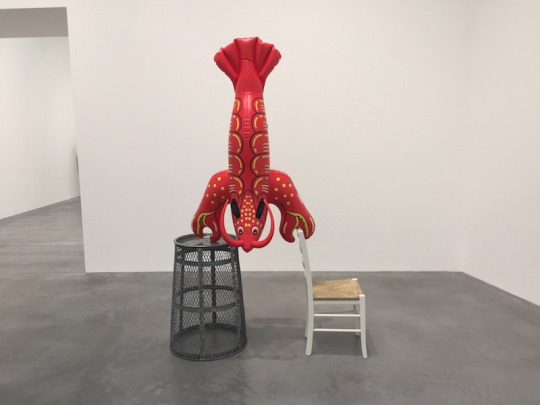 Hirst first saw Koons’s work – which he has been collecting for twelve years – in the 1987–1988 group exhibition ‘New York Art Now’, presented at the Saatchi Gallery during Hirst’s second year at Goldsmiths college. 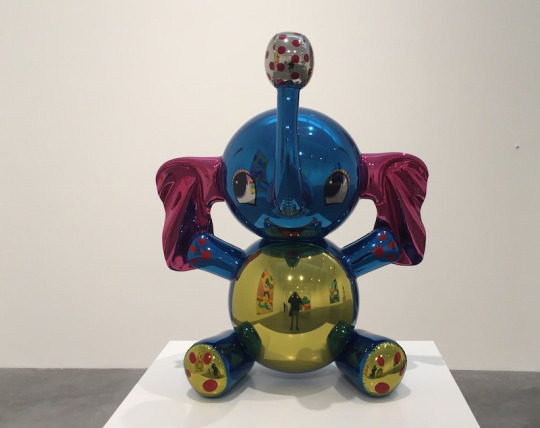 Newport Street Gallery opened in Vauxhall, south London, in October 2015. Spanning five buildings, the gallery presents solo or group exhibitions of work drawn from Damien Hirst’s extensive art collection, which he has been building since the late 1980s. Hirst’s interest in curating dates back to the beginning of his artistic career and his organisation of the groundbreaking ‘Freeze’ exhibition in south London in 1988. On the opening of the gallery, Hirst said: “I’ve always loved art and art deserves to be shown in great spaces, so I’ve always dreamed of having my own gallery where I can exhibit work by the artists I love. I believe art should be experienced by as many people as possible and I’ve felt guilty owning work that is stored away in boxes where no one can see it, so having a space where I can put on shows from the collection is a dream come true.”

To mark the opening of the new exhibition, Newport Street Gallery will launch its new ‘Summer Lates’ opening hours, which will see the gallery remaining open until 10pm every Saturday from this weekend (21st May).