Jonas Mekas, avant-garde filmmaker, curator and visual art influencer has died at his home in Brooklyn age 96. The Lithuanian-born artist was widely regarded as the father of underground cinema.

MEKAS was born in 1922 in Semeniškiai, Lithuania and lived and worked in Brooklyn, NY. Mekas was brought to the US along with his brother Adolfas in 1949 by the UN Refugee Organization. Within weeks, Mekas borrowed money to buy his first Bolex camera and began to record brief moments of his life. Mekas is now considered among the most influential makers of avant-garde film and a master of the diaristic form. 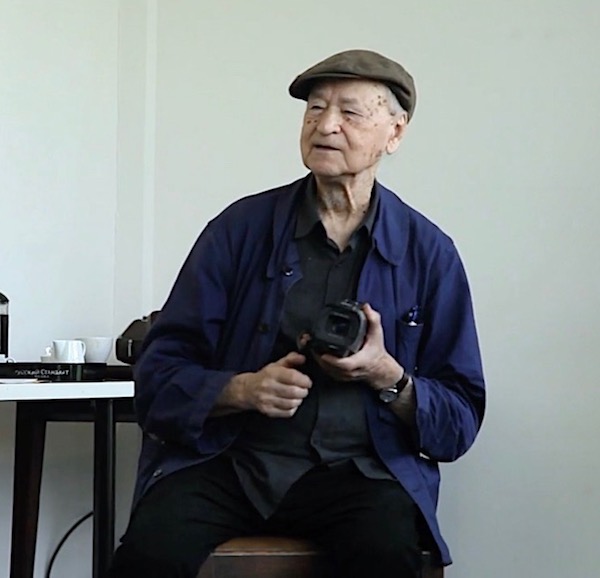 He was frequently credited with helping create a type of cinema that radically broke with filmmaking norms, Mekas resisted the term “experimental.” “No one was experimenting,” he told the Guardian in 2012.

His works are shown regularly in the US and internationally including solo exhibitions at the Serpentine Gallery, London; Stadtmuseum, Wiesbaden; Centre Pompidou, Paris; James Fuentes gallery, NY; DOX Centre for Contemporary Art, Prague; MUAC, Mexico City; Krinzinger Projekte Vienna; National Museum of Art, Washington, DC. Mekas’ works have previously exhibited at Moderna Museet, Stockholm; PS1 Contemporary Art Center MoMA,Queens; Documenta, Kassel, Galerie Du Jour, Paris; Venice Biennale, Venice; and the Museum Ludwig, Cologne among many others. He was awarded the prestigious Grand Prix at the Venice Film Festival for his 1965 film The Brig, which he made with Adolfas, and which was based on a play about a Marine Corps prison.

Mekas has also published more than 20 books of prose and poetry, which have been translated into over 12 languages. He was co-founder of the influential Film Culture magazine and wrote his “Movie Journal” column at the Village Voice for 20 years. He also founded the Film-Makers’ Cooperative in 1962, and in 1964 the Film-Makers’ Cinematheque, which eventually grew into Anthology Film Archives. Both are still in existence today. Jonas Mekas is represented by James Fuentes Gallery in New York.