A long lost painting by LS Lowry which hadn’t been seen for 70 years has realised £2.65m at Christie’s. The work titled The Mill, Pendlebury, painted in 1943 shows workers on a bank holiday with children playing cricket.

It has everything you would want in a Lowry: factory, chimneys, people scurrying around – Nick Orchard, Christie’s

“There were no records of it; we simply didn’t know it existed, “British art expert Nick Orchard of Christie’s auction house in London, told the BBC. The painting, which LS Lowry gifted to the owner’s father when the family was living in Manchester is estimated at between £700,000 and £1m when it goes on sale in January. 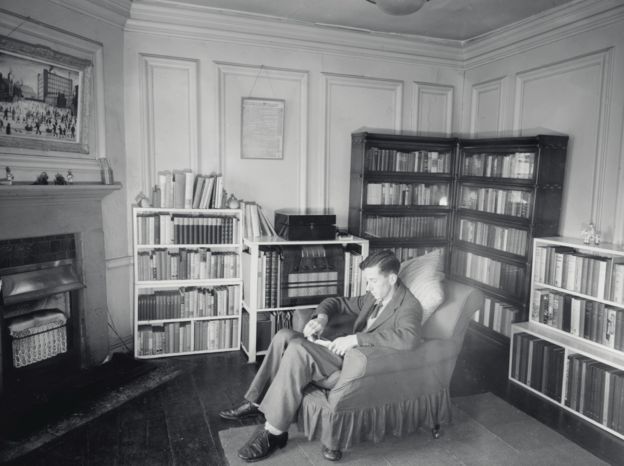 The artwork has spent many years in the US, where it was owned by the leading medical researcher Leonard D Hamilton, who passed away earlier this year. “Of course today we think ‘oh wow, a Lowry’ but in the 1940s he wasn’t represented by a major dealer or gallery,” Mr Orchard told the BBC. “He most likely would’ve only shown his work locally or maybe to people he knew,” he added.

The painting was passed down to their son who hung it on the wall of his student accommodation while studying at the University of Oxford.

Leonard Hamilton was an academic who played a key role in discovering the structure of DNA. He later moved to New York where he lived in one of the city’s brownstones. In the 1970s, the painting was moved to a larger home in Long Island where he was able to put on display his treasured art collection.

In 2019 Lowry’s 1938 work A Cricket Match sold for nearly £1.2m at auction. Two works hold the record auction sale price for LS Lowry: The Football Match and Piccadilly Circus both sold for £5.6m in 2011.

Born in 1887, Laurence Stephen Lowry gained recognition for his seemingly simple depictions of working-class life in the industrial parts of northern England. He died in 1976. Lowry’s place in the annals of British painting can be said to be an anomaly. Whether you like his work or not is unnecessary because what is compelling is the fact that he uses all the formal vocabulary available to him in what is known as good picture making under a very subtle and clever disguise. He uses colour selectively in order to navigate the eye as well as to create depth. He creates symbols of people like musical notation to form atmospheres of patterns, and what seems like naïve paintings are actually incredible formal constructions and compositions. These elements yield a compelling mélange of what is pictorially vivid and pictorially unfamiliar. For this reason, Lowry deserves a second look, and this exhibition is an important one that should be seen.

Dexter Dalwood tweeted; Aha the honours list a good time to remember L.S.Lowry’s impeccable record: twice declined OBE in 1955, and CBE in 1961 -turned down a knighthood in 1968, and Order of the Companions of Honour (CH) in 1972 and 1976. He holds the record for the most honours declined.