When I put the glasses on for the first time, I was there and not there at the same time – MA

For one week, Art and technology combine for a world first. The Serpentine Galleries host The Life on the site of her acclaimed 2014 durational performance, 512 Hours. Visitors will simultaneously experience an intimate, digital encounter with the artist in this first, large-scale performance exhibited using Mixed Reality anywhere in the world.

The Life is a new performance piece, lasting 19 minutes, that builds on the artist’s long-standing fascination with the notion of material absence. The use of Mixed Reality allows Abramović to explore further how to use her own body as subject and object, mapping new territory at the intersection of technology and performance. The Life is produced by Tin Drum, a US/UK studio that works exclusively in Mixed Reality. 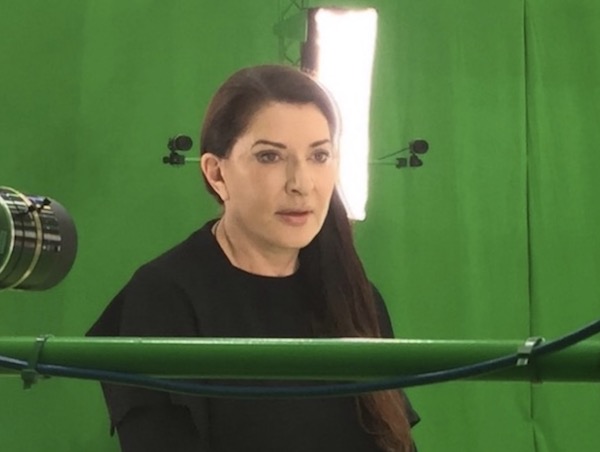 Abramović’s use of this new, evolving technology reflects her engagement in the broader social and historical constructs of our times. As a collaborator throughout the creative process, Tin Drum has focused on representing the authenticity of the Abramović’s vision, creating a recurring performance that only this Mixed Reality technology can provide. “The fact that the project can be repeated anywhere in the world while I am not there is mind-blowing. I can be present in any spot on the planet,” says Abramović.

The collaboration with Tin Drum brings Abramović’s work to a broader audience. She says: “This is the first time an artist has used this technology to create a performance, but this experiment is just the beginning. I hope that many other artists will follow me and continue to pioneer Mixed Reality as an art form.”

To experience the performance, audience members will be provided with Magic Leap One lightweight wearable spatial computing devices, before entering the main gallery space. Unlike Virtual Reality, Mixed Reality will allow the gallery and other visitors to be completely visible as part of the experience. A roped, five-metre circle will be at the centre of the gallery where the digital representation of Abramović will be visible through the Magic Leap One device. Visitors will be free to explore the movements of the artist as if she were actually in the room.

Describing the experience, Abramović says: “When I put the glasses on for the first time, it was a very shocking experience – the feeling that I was there and not there at the same time.”

To create The Life, Abramović went through the entire performance in an extensive volumetric capture process – an authentic, moving, photographic representation of the human form – which is only possible in a few studios around the world (in this case, 4D Views in France).

Marina Abramović
Since the beginning of her career in Belgrade during the early 1970s, Marina Abramović has pioneered performance art, creating some of the form’s most important early works. The body has always been both her subject and medium. Exploring her physical and mental limits, she has withstood pain, exhaustion, and danger in her quest for emotional and spiritual transformation.

Abramović was awarded the Golden Lion for Best Artist at the 1997 Venice Biennale. In 2008, she was decorated with the Austrian Commander Cross for her contribution to art history. In 2010, Abramović had her first major U.S. retrospective and simultaneously performed for over 700 hours in The Artist is Present at the Museum of Modern Art in New York. In 2014, she completed the three-month performance 512 Hours at the Serpentine Gallery in London. Abramović founded Marina Abramović Institute (MAI), a platform for unnecessary and long-durational work, to create new possibilities for collaboration among thinkers of all fields. The institute inhabited its most complete form to date in 2016 in partnership with NEON in As One, Benaki Museum, Athens.

Her most recent publication is Walk Through Walls: A Memoir, Published by Crown Archetype in October 2016, and it has subsequently been translated into 19 languages internationally. Her retrospective, The Cleaner, opened at Moderna Museet, Stockholm in February 2017 and had toured to the Louisiana Museum of Modern Art in Denmark, Henie Onstad Kunstsenter in Oslo, Bundeskunsthalle in Bonn, and Palazzo Strozzi in Florence. The exhibition will continue on to Centre for Contemporary Art Znaki Czasu, Toruń, and Museum of Contemporary Art, Belgrade in 2019.

‘The Life’ is on view from 19-24 February. Entry is free, but booking is required. Opening hours are 10am-6pm, with last admission at 5 pm. www.serpentinegalleries.org