Last month I wrote an impassioned article for Artlyst about the auction at Sotheby’s of a tiny Rembrandt self-portrait. Last night I followed the auction live online. This was an unusual auction with a lot of fanfare in the run-up. I also visited the auction house to view all the lots, which made up quite an impressive exhibition: from ‘Rembrandt to Richter’ as it was called.

The Rembrandt was lot 12 in the live auction and after struggling at the £12 million mark, the lower part of the estimate, the hammer came down at £12.6 million. It was then reported as selling for £14.5 million, or $18 million. This was also reported a record for a Rembrandt self-portrait. I wonder how often they come up?

The winning bid was paddle 303 and the buyer in New York. I think there are only a handful of collectors who would-be candidates, or possibly The Getty. One has to wonder, of course, whether this beautiful little painting, so intimate and personal, will ever be seen again by the likes of us. What is to be its fate? Was it bought purely as an investment, or will it adorn someone’s wall? Could it possibly be loaned to a museum such as the Metropolitan? I had suggested previously that it should ideally reside in The Maurithuis in The Hague, to accompany The Anatomy Lesson, which was painted at approximately the same time, and from the same piece of wood. Speculation has it that the young Rembrandt painted it while painting this, his first big commission, to woo his future wife Saskia, and to impress her parents. This was a young man in love, at the outset of his career. 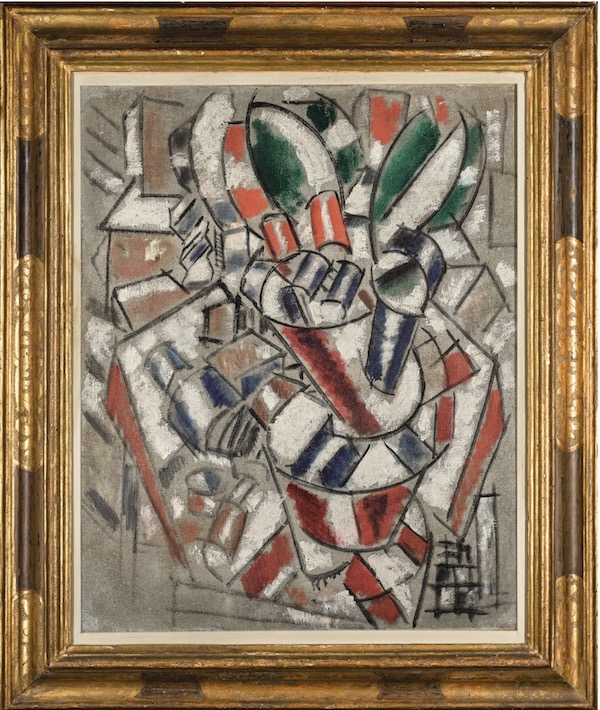 The auction was quite entertaining an extremely theatrical show. The auctioneer, Oliver Barker, worked hard and was quite the showman for three hours. The thing that struck me was that most of the lots just about crept up to their low estimate. The exception was a Miro which sold for £22 million.

The other striking thing was the withdrawal of the Francis Bacon ‘Study for a Portrait of John Edwards’, along with a few others. This was perhaps the other ‘star’ lot in the sale. Obviously, it was withdrawn to avoid the ignominy of no sale in a live auction. This also brings to light the fact that the live auction is just a bit of theatre. Lots are mostly sold in advance or at least have a guarantee of a sale. If ‘trophies’ do appear, they are generally guaranteed by Sotheby’s or a third party to sell for a minimum price. 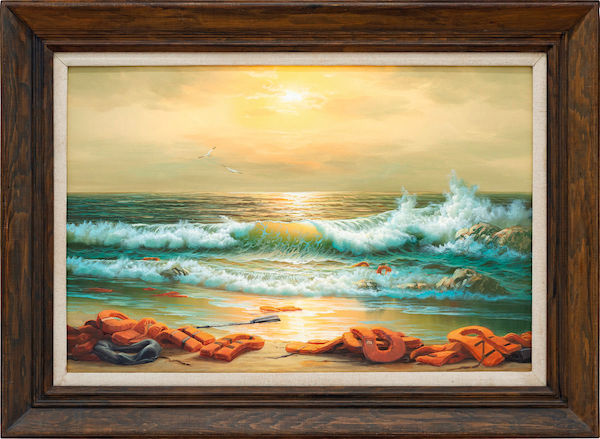 I followed the twitter feed from Sotheby’s as well and again they were talking it up with lots of records being broken, etc. I guess this is part of their job. Most of the press was also reporting it very favourably, except for the New York Times who reported the sale as slow. The other main thing to be jumped on by the press, including by the BBC, was the Banksy Triptych ‘Mediterranean Sea View’ which sold for £2 million with the proceeds going to a hospital in Bethlehem. They looked a bit trashy and somewhat incongruous in the exhibition, surrounded by such masterpieces by the likes of Picasso, Matisse, Leger, Rembrandt, and Rubens.

Overall, Sotheby’s “Rembrandt to Richter” sale raised £149.7 million, or about $192.7 million, from 65 lots, with six withdrawn. This was about half what they made in last year’s equivalent summer sale. Is this indeed to be the future for auction houses? Is it part of the current Covid-19 related situation with galleries closing and many global markets struggling? Times are hard. The Miro was apparently put up by Ronald Perelman, as sales of his company ‘Revlon’ have slumped. The art market is not the only one struggling or facing drastic change. This may be the new public face of the entire art market as another commentator put it.

We shall see Meanwhile, I will be looking out for Rembrandt in New York.