This November, Christie’s New York presents Andy Warhol’s portrait of Jean-Michel Basquiat as a leading highlight of its 20th Century Evening Sale. Warhol elevates the young Basquiat to his pantheon of cultural icons, including Marilyn Monroe and Elizabeth Taylor. Super collector Peter Brant is selling the work. It is expected to fetch around $20 million. 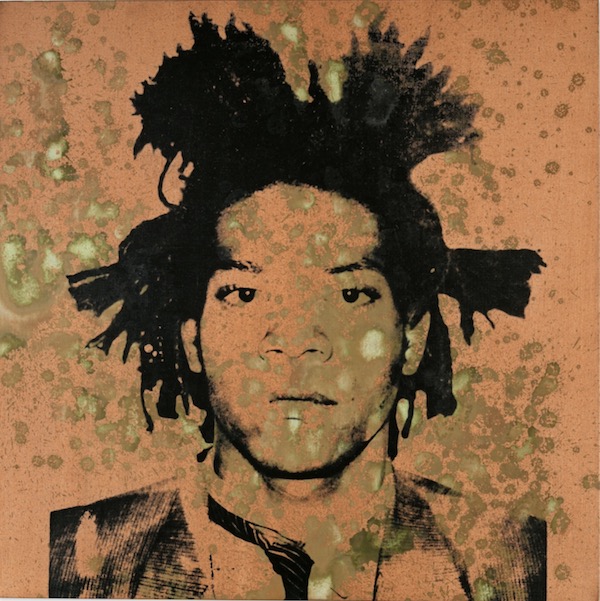 It also celebrates the remarkable friendship between the two artists

Warhol, the established master of Pop Art, and Basquiat, the brash wunderkind of the New York art scene became an unlikely duo. Thought to be the only example in private hands, this rare and deeply personal work dates from 1982, a period which marked the highpoint of Basquiat’s painterly authority and which also saw a bold new inventiveness appear in Warhol’s work. Both artists, in their unique ways, redefined the very framework of 20th and 21st century art and have done much to shape the current cultural landscape; from music to fashion and TikTok to Instagram, their visual philosophy remains relevant today as it ever has. Warhol’s depiction of Basquiat stands as the only known portrait executed in oxidation form, and one of its sister paintings is housed in the permanent collection of the Andy Warhol Museum in Pittsburgh. The exceptional clarity of the screened image and the uniform distribution of the oxidation marks in Jean-Michel Basquiat results in a highly accomplished and intoxicating composition. This example has been privately held as a crown jewel in the Collection of Peter Brant for nearly two decades. It has been widely exhibited, most recently at the Whitney Museum’s 2018-2019 Warhol Retrospective, Andy Warhol: From A to B and Back Again.

Alex Rotter, Christie’s Chairman of 20th and 21st Century Art, remarks, “Warhol’s fame is closely tied to the fame of his subjects—Marilyn, Liz, Elvis, Brando. But these four portraits exist as relics of the past. Painted in 1982, this portrait of Jean Michel-Basquiat was created when the young artist was at the precipice of entering the New York art world and changing it forever. From Brooklyn to China, Basquiat symbolises a new generation, and Warhol recognised this earlier than anyone. His unmatched ability to capture celebrity, fame, glory, and tragedy culminates in this portrait. Just as much about Basquiat as it is about Warhol, it is one of the most exciting paintings to come to the auction market.”

Screened on the abstract ground of an oxidation painting, Jean-Michel Basquiat is an exceedingly rare example of Warhol’s work, as his portraiture usually is straightforward in its figuration. Warhol’s oxidation paintings are thought to be nods to his Abstract Expressionist predecessors and contemporaries, including Jackson Pollock, and are some of his only known abstract works. With this portrait, Warhol firmly captures the unique essence of his friend and fellow artist while simultaneously announcing Basquiat’s admission into the shrine of glittering icons that helped to define the cultural landscape of the past fifty years.

One of the last great paintings in private hands by the Renaissance artist Sandro Botticelli will go under the hammer in Sotheby’s annual Masters Week sales series in New York in January 2022. The masterpiece comes to market with an estimate in excess of $40 million.
Executed in the late 15th/early 16th century, The Man of Sorrows is a masterful late-period work by the artist when Botticelli was greatly influenced by the fanatical Dominican friar Girolamo Savonarola and adopted a style characterised by Christian symbolism and visionary spirituality. The portrait of the resurrected Christ reveals a vital coda to Botticelli’s well-known earlier career while also encapsulating the artist’s singular style with a stunningly modern and human portrayal of Christ.

The Man of Sorrow comes to auction following Sotheby’s record-breaking sale of Botticelli’s Young Man Holding a Roundel in January 2021, which realised $92.2 million — making it one of the most valuable portraits of any era ever sold, one of the most valuable Old Master Paintings ever sold at auction, and the most valuable work ever sold in an Old Masters auction. Despite the landmark sale earlier this year works by Botticelli – from any period – remain exceedingly rare at auction. His late works, in particular, very seldom appear on the market, with only three other works from this period (post-1492) known to be in private hands.

George Wachter, Sotheby’s Chairman and Co-Worldwide Head of Old Master Paintings, commented: “To bring to auction a work by Botticelli of this quality is a major event in the world of Old Masters–but to do so a year after the landmark sale of Botticelli’s Young Man Holding a Roundel is a once-in-a-generation phenomenon. This extraordinary painting is a prime example of what makes Botticelli such a captivating artist: a bold visual style coupled with a singularly human approach to portraiture. In taking what is a rather difficult and sombre subject matter of Christ following his persecution, Botticelli creates a deeply complex and moving portrait that is truly timeless.”

After strong bidding with 145% hammer above low estimate Christie’s has achieved their highest sale result $34,409,820 for a Post-War to Present sale. Global participation with bidders from 40 countries helped produce six new auction records.

New York – On 1 October 2021, in a historic first for a leading auction house, Christie’s accepted live bids in the cryptocurrency Ether, selling the first lot of the Post-War to Present sale, Curio Cards, a Full set of 30 cards plus 17b. for ETH393 ($1,267,320). This set of 31 NFTs is considered to be some of the oldest artworks on the Ethereum blockchain. The auction achieved its highest total of $34,409,820, with a strong depth of bidding of 145% hammer above the low estimate.

The sale, which brought together leading examples of contemporary art, NFTs, and design, saw strong participation throughout its entirety. It was directed by two abstract paintings from the post-war era that each sold for $2,670,000; Helen Frankenthaler’s Warming the Wires and Philip Guston’s The Clock II. Guston’s work surpassed its presale estimate of $280,000 – 350,000 by nearly tenfold, selling for 954% of its low estimate.

Isabella Lauria, Christie’s Specialist, Head of Post-War to Present Sale, remarks: “The overwhelming success of today’s sale is mainly a result of having the privilege of offering top quality artworks at attractive estimates, appealing to clients across the globe and drawing incredible depth of bidding on lots at all price points, as we saw with works by Guston, Benglis and Frankenthaler far exceeding their high estimates and setting new market benchmarks. We are particularly thrilled to have represented the legacy of Ernie Barnes in his long overdue debut on a worldwide sale platform.”

The sale was also highlighted by a wonderful group of works by Wayne Thiebaud from the Collection of the Frances Hamilton White Trust. The group was 100% sold and was led by Ridge Valley Farm Study, which totaled $990,000.

A seminal group of works by Charles White and Ernie Barnes from the collection of Hollywood producer Danny Arnold was 100% sold, with strong performances throughout, establishing a new auction world record for Ernie Barnies. Charles White’s Black Man was the top performer of the grouping, selling for $587,500.

The sale concluded with the conceptual art video NFT White Male for Sale by artist Dread Scott which sold for $32,500 to an online bidder.