Cross Lane Projects in Kendal opens two exhibitions this week with a consciously international list of artists in the run-up to Brexit*. Flugblätter and Miniscule 2 features artists from across the globe to create a wide-ranging show questioning aspects of modern society.

Rebecca Scott, Co-Founder of Cross Lane Projects, comments of the forthcoming exhibitions: “We are proud to be international in outlook and to celebrate collaborations with artists in Europe, at a time when our future relationship with Europe is much-debated. Our spring exhibitions are Flugblätter, curated by Düsseldorf-based artist Birgit Jensen, and Miniscule Part 2, curated by Croatian-born independent curator and artist, Vanya Balogh. Both these exciting and wide-ranging shows bring together artists of many nationalities and are initiated by Europeans. So our spring programme makes a nod to the contribution of European nationals to the culture of this country.” 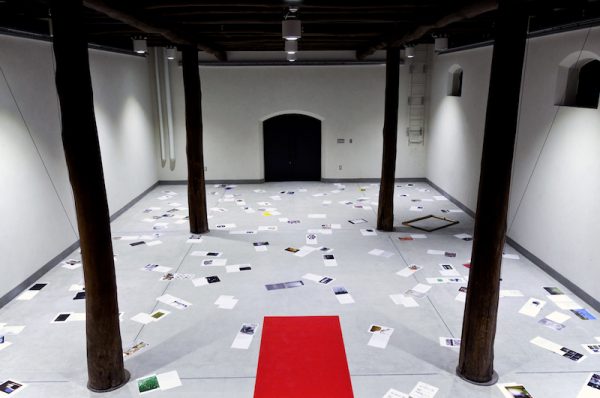 Flugblätter, which translates as ‘flyers’ or ‘flying letters’, sees 130 artists share their artistic responses to globalisation in an innovative and thought-provoking exhibition. To create the show, artist Birgit Jensen approached artists she knew from around the world, inviting them to contribute an image and accompanying text by email. Each contribution reflects a different perspective on the transformations of our society in recent years – whether philosophical, social, political, economical or ecological – including reflections on the changes the artists have experienced locally in the 41 different countries in which they live. Jensen comments, “We live in a time of quick changes. There are increasing tensions between different groups of society. Fragmentation, growing extremism, nationalism, racism and exploitation are only a few of the consequences. Climate change and our egotistical attitude towards nature confront us with unpredictable dangers. In the same time, we witness an immense advance of communication technology and social networking in our personal surroundings. I wanted to find out how artists I know all over the world deal with the transformations around them. Do they affect their thinking, their attitude, does this have an effect on their artistic practice? I got a very wide range of different answers to my questions. I was very surprised. The result reads like an extremely complex and fascinating investigation around art and culture. Art can play many different roles in our society.” The participating artists are working with all kinds of different media, they are male and female, old and young, some of them are in the spotlight of public attention and some are only known to insiders.

“We are proud to be international in outlook and to celebrate collaborations with artists in Europe, at a time when our future relationship with Europe is much-debated.” Rebecca Scott

Miniscule Part 2 is a new exhibition presenting carefully considered, imaginative but seriously tiny, fragile art objects – an exquisite mass of breeding minisculism. Over 220 artists, including ten artists based in Cumbria, have been invited to submit a diminutive art object of any genre or media but with one simple proviso: the maximum size of the work is that of the common matchbox; 2” by 1.5”. It is curated by Vanya Balogh, who comments “Here we will find a toy-box destruction derby of high-concept in abject competition, a kaleidoscope cross-cut of current making and thinking but one set in an equal arena, although admittedly it may be biased towards the ‘less is more’ camp. Is an object to be judged by its size? Does size really matter? Can we say that the London Eye has more impact on the art world than a bicycle wheel?” 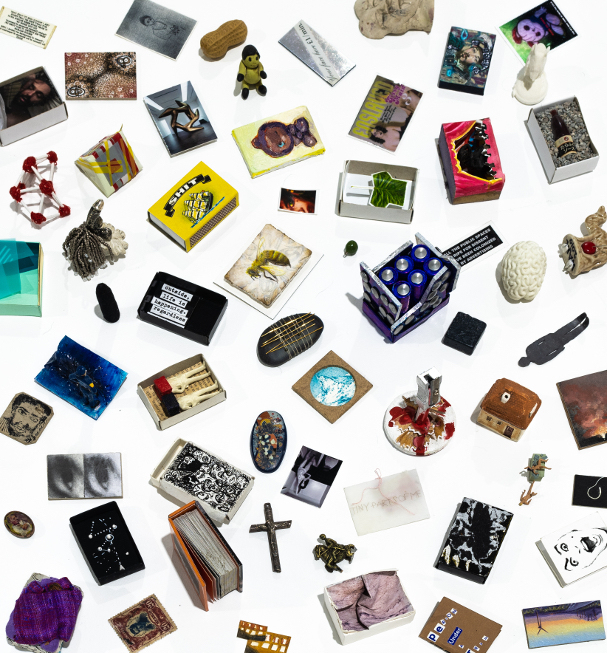 Miniscule Part 2 is a sequel to the exhibition Miniscule curated and devised by artists Vanya Balogh and Jim Racine, and presented at Oblong Gallery, London in June 2010.

After a public launch event on the evening of Friday 22 March, both exhibitions will be open from 12 to 6pm, Wednesday to Saturday through until 18 May 2019.

Cross Lane Projects is founded by Cumbria-born artist Rebecca Scott and her husband, sculptor Mark Woods. The pair have established Cross Lane Projects with the aim of bringing new contemporary art and debate to Cumbria, presenting a curated programme of three exhibitions of contemporary art each year, accompanied by public talks and discussion events, featuring the work of local, international and British artists. The project space was voted a finalist in the Cumbria Life Culture Awards 2019.