Joe Machine The London Magazine Online: The pandemic, for all its woes, has brought a few benefits with it. In the art world, one of the most conspicuous of these is the multiplication and diversification of the places where you can see images, as opposed to having to trek to a gallery of some kind where you can see the supposedly ‘real thing’. Just open your laptop, and the art appears in front of you. It may seem a less intense, less physical experience, but the images are there.

The work draws the viewer into a mythically charged landscape – ELS

Sometimes the sites that play host to these virtual exhibitions are a tad unexpected. The London Magazine, for example, founded in 1732, is Britain’s oldest and most respected literary magazine. It does offer illustrations, both in its print version and online, are not its main business. Right now, however, it is playing host to an exhibition of work by Joe Machine entitled Unseen Spring. 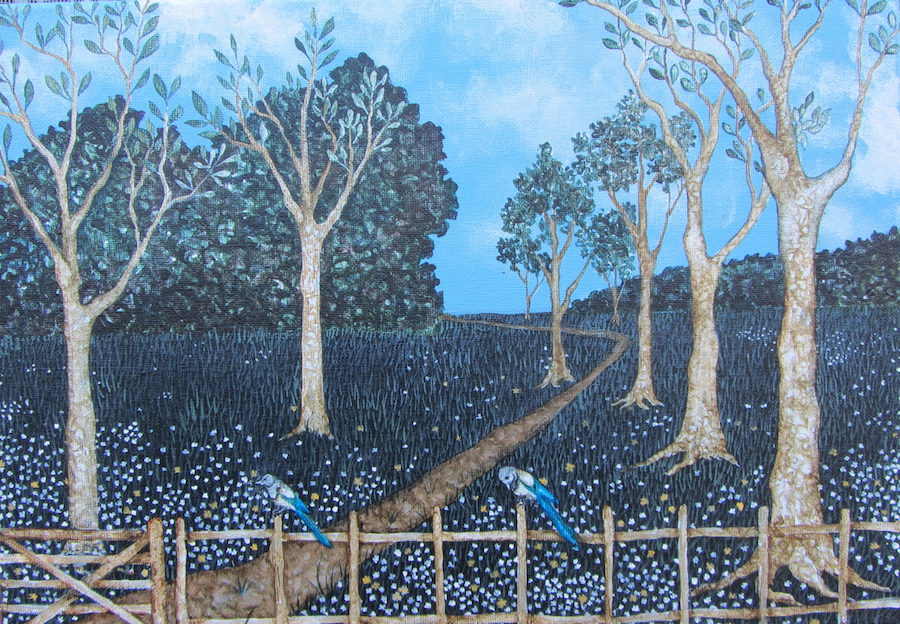 Who is Joe Machine? The short answer is that he is the main survivor of the so-called Stuckist Group, which manifested itself here in Britain towards the end of the 1990s, on the heels of the much more publicised YBAs. They got their name, in fact, from the YBA Tracey Emin, yelling at her then-boyfriend the painter Billy Childish – ‘The trouble will you Billy, is that you are stuck, stuck, stuck!’ Billy rapidly seceded from Stuckism, Joe Machine remained. Stuckism survived and became an international phenomenon, as can be seen from the website www.stuckism.com. According to this there are now 236 Stuckist groups in 52 different countries. The YBAs, currently represented in the international art world by two prominent survivors, Emin herself and Damien Hirst, never had quite this broad a reach, promoted above all by the ease of communication fostered by the worldwide Web. It is only in its country of origin that the Stuckist movement has remained a little in the shade. 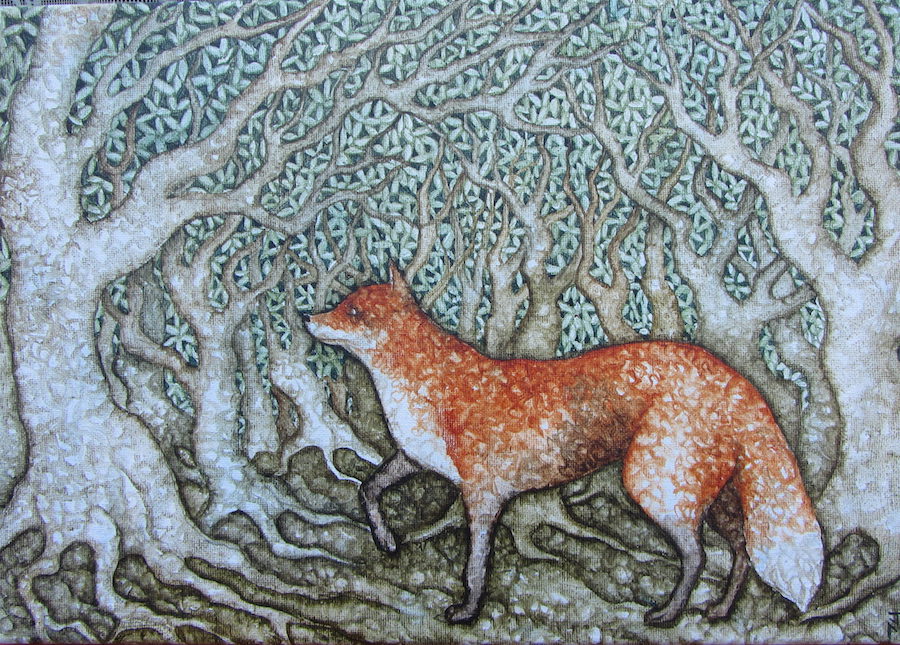 Joe Machine is in many ways a typical Stuckist, of comparatively humble origins, self-taught (like Francis Bacon, he never went to art school), with a mildly troubled past (he spent a period in Borstal) but now admirably productive, never at loss for a new subject or a new project. In many ways the long-enduring London Magazine, which is both traditional and also from time to time revolutionary, seems like the perfect platform for him. This is particularly the case with his present exhibition on the LM’s web-site. As the introductory text to the introduction says: ‘As ever with Joe’s painting, the work draws the viewer into a mythically charged landscape.’

It also states that: ‘London Magazine subscribers will receive a discount and a percentage of all sales (10%) will be donated to the NHS.

What I particularly liked among this group of paintings were some of the landscapes, for example one called Meadow Walk, with some birds sitting on a fence in the foreground, and a path stretching away between some trees that are just coming into leaf. It is an image that seems directly descended from the work of Samuel Palmer.

But just one word of caution. I have known Joe and admired Joe’s work for some time. He has in the past made illustrations for two books of my poems.