As I made my way into the press view of this year’s edition of Photo London, I narrowly missed colliding with a middle-aged lady, a person previously unknown to me. She informed me in disapproving tones that it was “full of pornography, as usual”. Since I was, in fact, a very early bird, crashing through the doors just as soon as we members of the scribbling class were let in, I couldn’t understand how she’d had the time or opportunity to formulate this judgement. It is, as usual, an overwhelmingly large event. 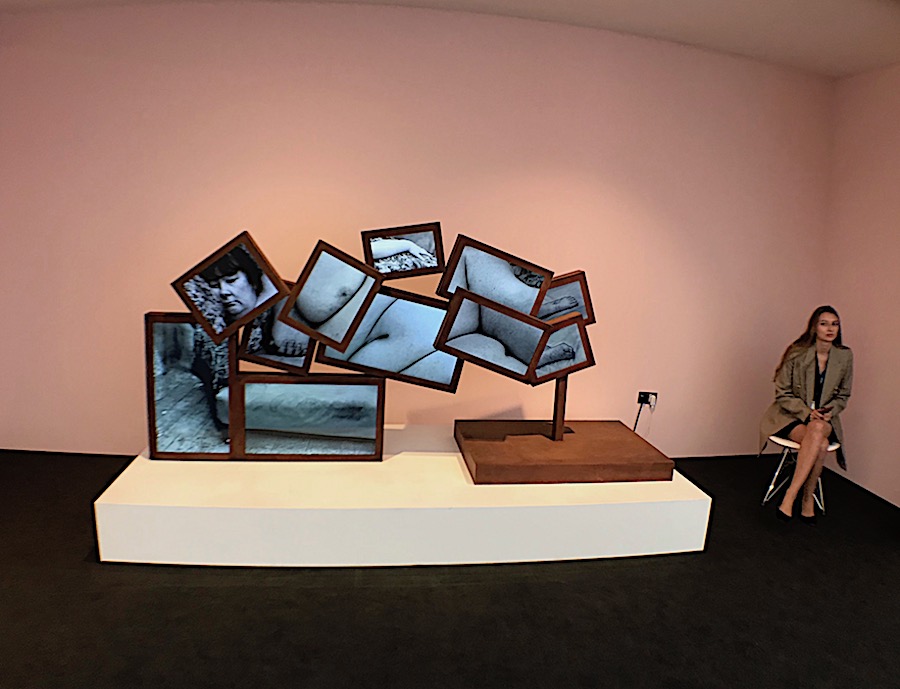 My own reaction, once I’d toiled my way round it, was pretty much the opposite of hers. The #MeToo movement seems to have had its effect. Nudes of any sort, female or male were in pretty short supply. Most, when they were actually present, made little impact. The two I remember best, in part because, unlike any of their competitors, they were of considerable size, were a headless standing figure entitled Marthe, the work of Sarah Moon, and an artfully fragmented nude by Charlotte Colbert – a riff on Lucien Freud’s famous Benefit Supervisor Sleeping. Both photographers were female, and both seemed to have gone to some pains to muffle any possible erotic response on the part of the spectator.

Pretty well all other possible varieties of contemporary photography were on parade for my inspection, and there was in addition quite a quantity of historical stuff, going back to photography’s Victorian beginnings. In fact, one of the notable features of this huge exhibition is that it covers a much wider range of subject-matter than now seems to be open to contemporary painters, sculptors and – ahem! – installationists. 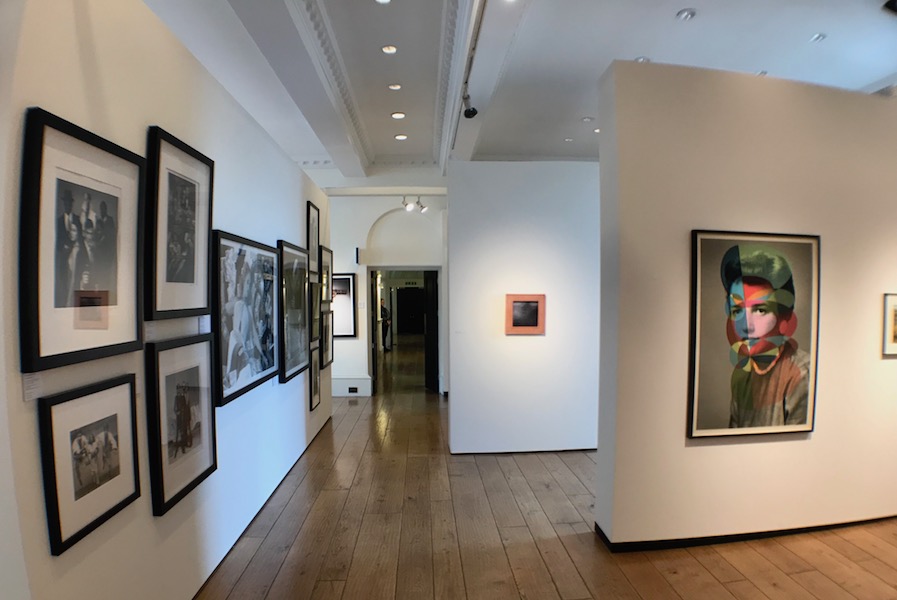 Some images veer towards fashion, or are at least closely linked to the fashion industry, ever eager to find ways of publicising its expensive wares. Some show an interest in illustrating and helping to put right social and economic injustices. In this case, all the more effectively because a photograph seems to guarantee, in a way that no painting or drawing can, that what we are looking at actually happened. This despite the fact that there is now a much more widespread awareness of the way in which photographic representations can be made to lie.

Photo London 2018 takes some pains to emphasise the fact that front-line reportage photographers risk their lives in order to bring us uncomfortable truths. A major display is given to the work of the French photographer Gilles Carron, lost without trace at the age of 31. He spent the last three years of his life covering conflicts of various kinds, ranging from the Six-Day War in Israel in 1967, to the so-called Evenements in Paris in May 1968. Going to Cambodia in 1970, he disappeared without trace after venturing into territory then controlled by the Khmer Rouge.

Two further aspects of this year’s Photo London seem particularly apposite to what is happening now in the visual arts. They seem opposed, but which are in a strange way allied to one another. First, a good photograph can somehow exalt the trivial or inconsequential. There is a striking still life image here by Mitch Epstein, entitled Tag Sale. It shows a supermarket shopping trolley filled to the brim with old books. One wonders if they have any shelf-life left in them, or I they are on their way to the dump. 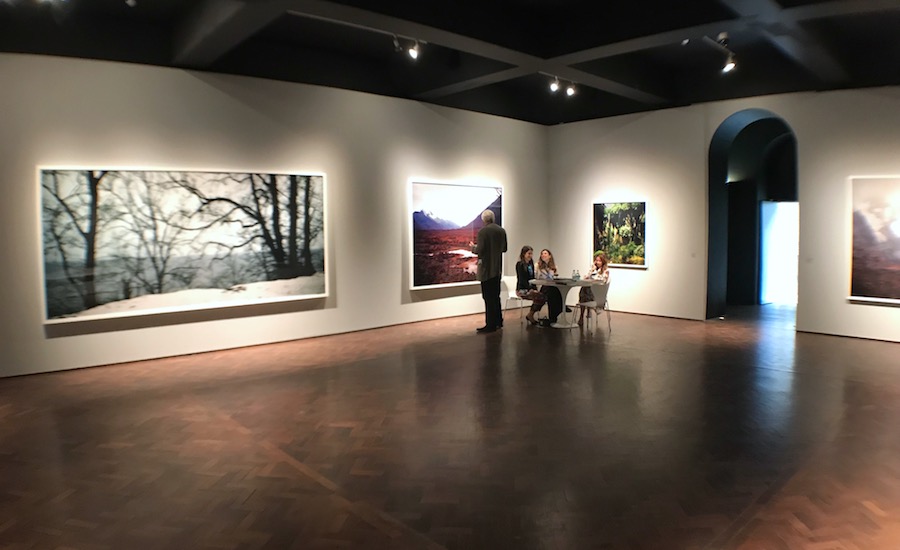 And appositely, given that Tate Modern has just opened a major show called Shape of Life devoted to abstract images made using photographic means, that impulse is also explored here. The cover image of the Tate catalogue in by the British photographer Antony Cairns (b. 1980, and currently at teacher at Goldsmiths). Sure enough, you can find very similar images by him featured at Somerset House. And he is not the only ‘abstract’ photographer who work is on view. 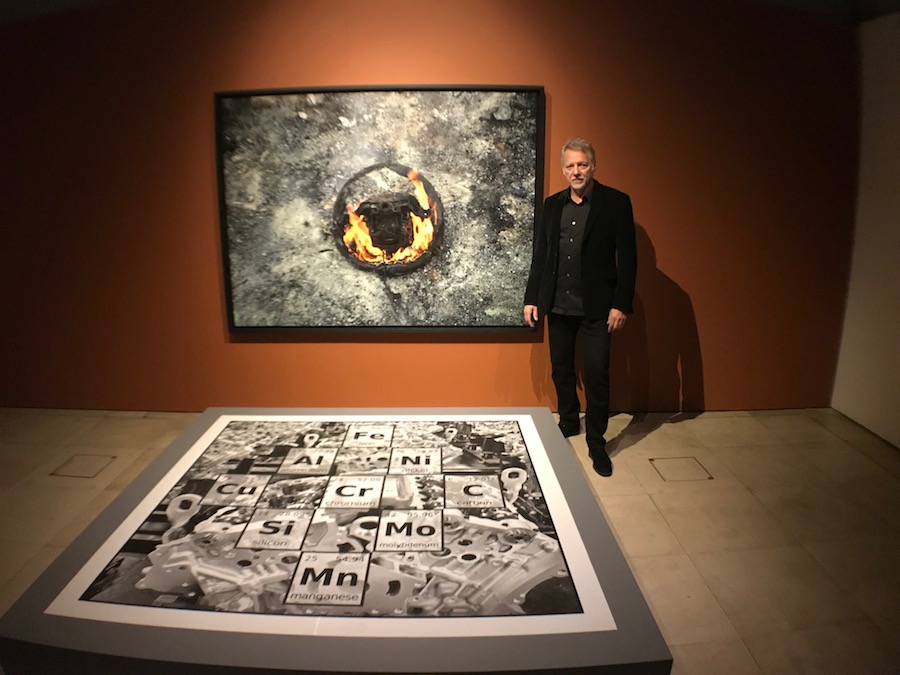 Special Note: Don’t miss the work situated in the sub-level by Canadian artist Edward Burtynasy. He was selected as the fair’s Master of Photography for 2018. The massive snap of the Carrera Marble quarry is quite a technical feat. His other work especially the aerial shots of deforestation are one of the high points of the fair. The augmented reality (AR) installation above is worth the queue.

Not to miss: White Cube presents a special solo exhibition of work by artist Darren Almond in the Studio Room Gallery. 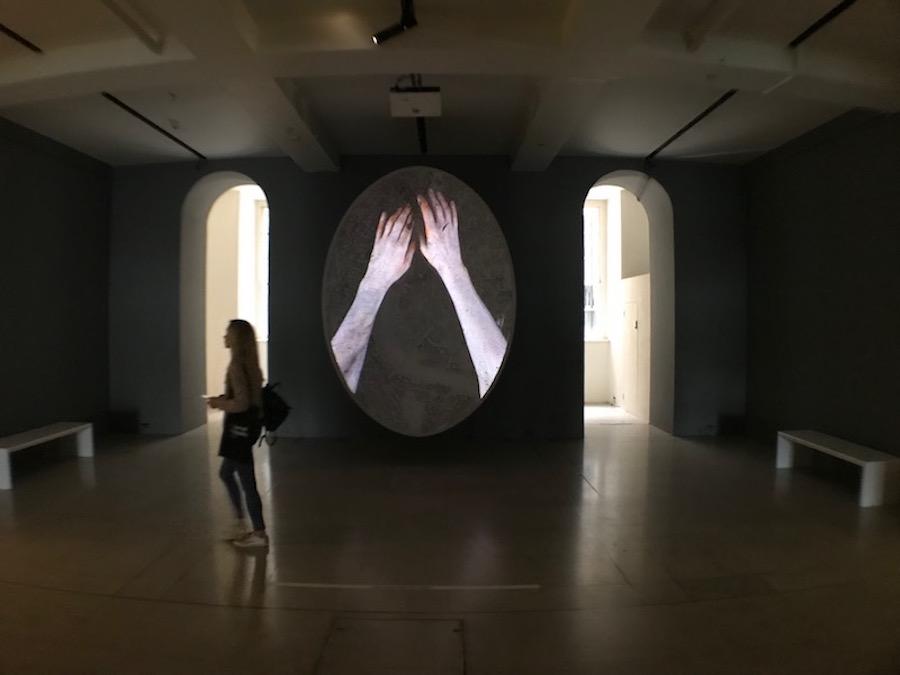 Out of the frame: MASK a new projection-mapped sculptural work by ES Devlin was made specifically for Somerset House and Photo London.