Irving Penn (1917-2009) was one of the great stars of 20th century American photography, at a time when the United States was becoming the world’s leader in this art form. Therefore, it’s no surprise to find him featured in a show at Hamiltons, which is undoubtedly London’s leading dealer in photographic art. The surprise is, given both the artist’s identity and the location, to find that no photographs are on view. Hamiltons in fact say that this is the first non-photographic show they have ever presented.

Of course, when you dig a bit deeper, you find a kind of photographic sub-stratum. Penn produced these elegant gouaches using a technique that brought photography into play, though it played a much less dominant role than it did – say – in the Pop paintings of Andy Warhol. First he drew. Then he photographed what he had drawn. Then he used the photographic print as a basis for subtly applied hand-painted layers of colour The results are extremely considered and elegant 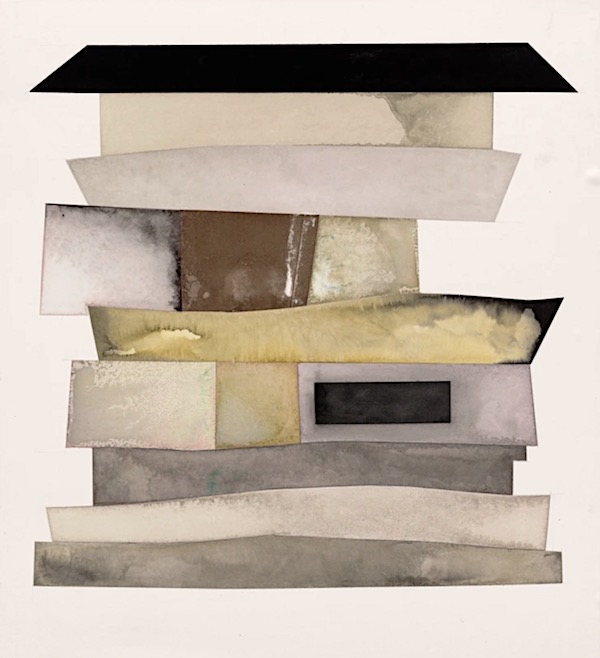 There is, however, an element of irony in this. The drawings that Penn made, mostly it seems towards the end of his career, that is to say from the late 1980s to the early 2000s, the work is heavily influenced by the great French masters of Modernism – that is to say, by the likes of Picasso, Leger and Braque, with perhaps, too, some borrowings from French-accented Surrealism.

Some of the drawings are entirely abstract but use biomorphic forms. Other are of figures, somewhat reminiscent of Picasso in the 1940s. `And others are still life, with echoes of both Cubism and Surrealism. As far as Penn was concerned, American art was always the client of Paris.

This doesn’t interfere with one’s enjoyment of the drawings for their own sake, but the show does carry a strange cultural echo. It is, despite this, a highly original offering on London’s current cultural scene, and I urge you to do and see it.

Irving Penn (1917-2009) was born in Plainfield, New Jersey. From 1934–38, he studied design with Alexey Brodovitch at the Philadelphia Museum School of Industrial Art. Following a year painting in Mexico, he returned to New York City and began working at Vogue magazine in 1943, where Alexander Liberman was art director.

Penn photographed for Vogue and commercial clients in America and abroad for nearly 70 years. Whether an innovative fashion image, striking portrait or compelling still life, each of Penn’s pictures bears his trademark style of elegant aesthetic simplicity.

In addition to his editorial, advertising and personal work, Penn was also a master printmaker. Beginning in 1964, he pioneered a complex technique for making platinum-palladium prints, a 19th century print process to which he applied 20th century materials.

Penn has had over 40 major museum exhibitions in his lifetime including shows at the Museum of Modern Art, New York, The National Gallery of Art, Washington, D.C., The J. Paul Getty Museum, Los Angeles, and his Centennial opened at the Metropolitan Museum of Art, New York, in 2017, before travelling worldwide.