After a plethora of exhibitions featuring women, women’s art, women’s attitudes of the world, it comes as a relief to find a big London show that is all about men. As its title avows: Masculinities: Liberation through Photography this, now open at the Barbican Art Gallery, is very much that show. It’s not surprising to find it there, rather than at one of the London Tates. The Barbican has been taking the lead for some time. Its main rival, in terms of pioneering ‘this will make you think’ exhibitions, is currently neither of the London Tates but the Hayward.

As the subtitle suggests, this is much more a documentary exhibition than an art show. It looks at the images through which members of the masculine gender have recently been shown to the world. Some of the photographers whose work is on view are female. Quite a few of the snappers belong to ethnic minority groups. Here and there you will find images of women, including, in one case, a small series of a woman (Ana Mendieta) wearing a beard. Altogether this is an event that asks at least as many questions as it gives answers. 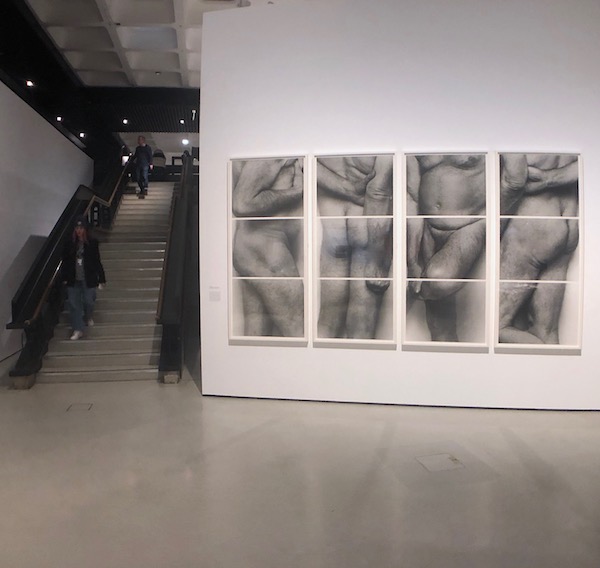 The resultant exhibition is not without its problems. It is short of massive punchy images and even more so of images in bright colour. You’re a treated to groups and sequences of relatively small prints. I’d defy anyone to absorb all of these on a single visit. If you are deeply interested in the ideas and situations it tackles, then what you need is the generously sized hardcover catalogue, which will allow you to study what this complex show offers at leisure.

Though it covers now highly voguish issues of race, it is inevitably incomplete where these are concerned. One omission I noticed was any mention of Iranian zurkhaneh – traditional gymnasia used for ritualised masculine combat, associated primarily with wrestling. These continue to flourish in contemporary Iran. Under the currently stringent Islamic regime, very much opposed to homosexuality, zurkhaneh offers an intensely homoerotic atmosphere. You only have to visit one, as I have done in the quite recent past, to be aware of that.

The show does, however, offer many tributes to current concerns with both sexuality and gender, to the point where it becomes a tour of these issues, with somewhat less attention paid to the way that male sexuality expresses itself in more apparently ordinary, everyday contexts. Show-biz type wrestling from the Western world, as seen on tv, offers a case in point. It provides images of the male that are addressed to everybody, not just to one minority segment, There are indeed images, for example, of Mapplethorpe’s youthful Arnold Schwarznegger, later to be Governor of California, who was once one of the heroes of this. However, those are carefully balanced by the inclusion of pictures of nude females who participated in the same sport. 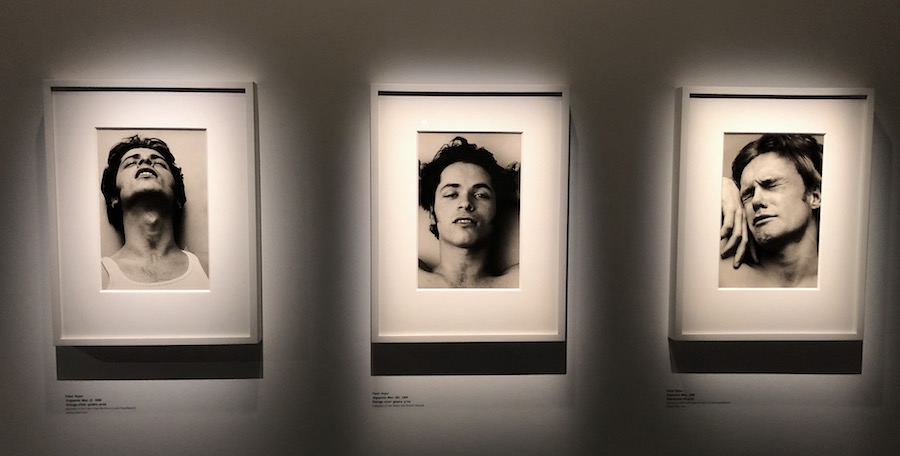 A display of little half-length photos of men in business suits and neckties, made by Richard Avedon in 1976 and entitled The Family, includes just here-and-there in the sequence a few soberly dressed female executives. Oh yes, one gets the point. But 1976 is nearly half a century ago.

Though there is an element in the show of preaching to the converted, it nevertheless remains an extremely interesting, timely event. It leads one to look more closely at the role of the male in contemporary society, and, with its emphasis on alternative sexualities and on non-Caucasian subjects, it is very much of the present moment. The Barbican has done us all a favour by presenting it. Also, dare I say it? By publishing such a vast and weighty (in all senses of the adjective) catalogue. Get that, and you’ll learn a lot.