Art Athina 2018: When a city like Athens, Greece, is undergoing some form of economic crisis, a paradoxical trend tends to emerge. The city undergoes something of a cultural revival, with artists setting up shop and exhibiting work in the newly affordable studio and exhibition spaces. Athens has gradually become home to a large number of artists from around the world, leading it to obtain the dubious honour of being dubbed the ‘New Berlin’ in the eyes of an art-media keen to locate the newest trend.

It is refreshing to report, therefore, that Art Athina is far from being some new-fangled attempt at cashing in on such a trend. Rather, Art Athina is one of the oldest contemporary art fairs in Europe, having been in existence since 1993. Organised by the Greek Hellenic Art Galleries Association (PSAT), Art Athina provides a way for galleries to showcase their artists, interact and form new networks. While some of these galleries come from further afield, it is notable that the majority of these galleries represent homegrown initiatives, highlighting the variety and quality of Greek artists and institutions today. On a scorching hot day in late June, the fair was already packed with visitors, ranging from art students to seasoned collectors.

During my last visit to this fair, this year held within the idiosyncratic setting of the Athens Conservatoire, I made a beeline for the Kappatos Gallery’s stand. Throughout my many visits to Athens, I had often visited the gallery’s permanent exhibition space located in Athens’s historic centre, which showcases a wide range of artists – from internationally established names to up-and-coming practitioners. 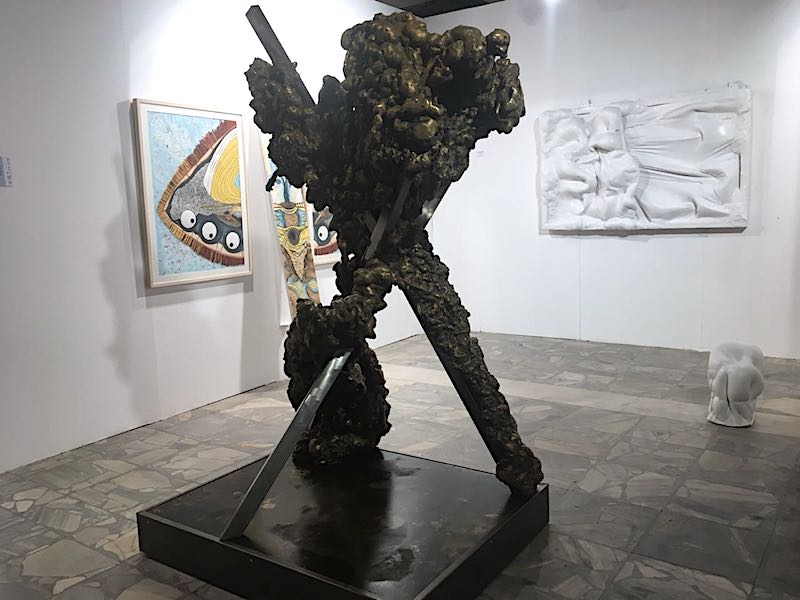 This year, the gallery’s stand at the Art Athina was dominated by a large-scale sculpture, a brand-new work by Lynda Benglis, an American artist of Greek descent who is a veritable icon amongst an entire generation of artists working around issues of identity, feminism, performance and the body. Her work featuring poured substances (such as latex, paint and lead) often blur the lines between painting and sculpture and make us aware of the artist’s body in relation to the creative process. Her later work, such as the piece represented at Art Athina, acts as the logical extension of these ‘poured’ sculptural works, formed by chance.

Benglis’s sculptures were set in harmonious dialogue with the work of two younger female practitioners, Eirini Georgopoulou and Natalia Manta. Georgopoulou (Top Photo) creates a wall-mounted relief in plaster, the protruding white forms are very evocative – calling up images of both soft flesh and the rocky Greek shoreline, shaped by the sun and sea over time. Georgopoulou endows her work with an almost sense of time past, yet somehow also makes it seem like a blank slate on to which we can project our own ideas for development free from the constraints of our personal, and collective, histories. 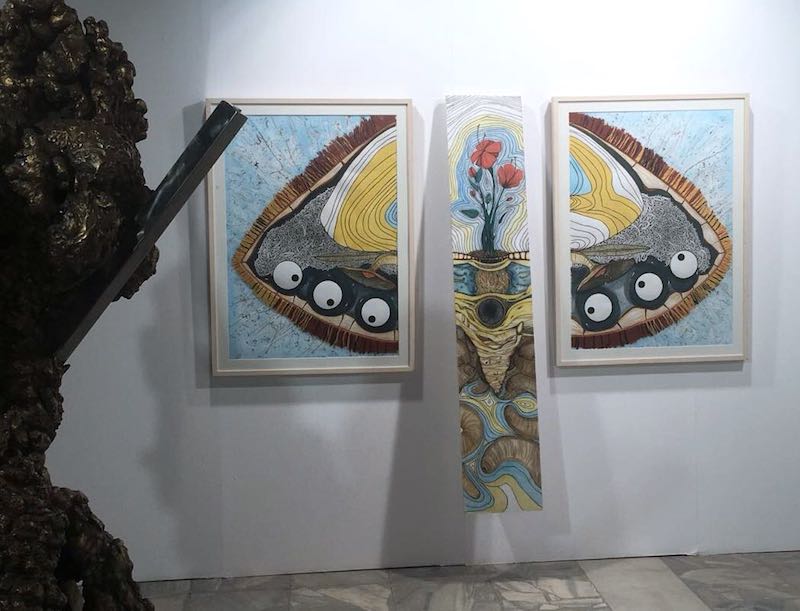 Natalia Manta, another up-and-coming artist from the Kappatos roster, presents an equally intriguing tableau of three wall-mounted mixed-media works, creating an organic and internal landscape located somewhere between the microscopic and cosmic, playing with the viewer’s perception. The result is an alluringly beautiful, ambiguous, shamanistic vision of a transformative environment that could, or perhaps already does, exist just beyond the peripheries of our comprehension.

Antonia Marsh, the space’s curator and founder, has some form in setting up thought-provoking shows in challenging spaces – she has initiated a residency programme called ‘Girls Only’ that coordinates exhibitions in different hotels around the world, as well as curatorial shows entitled ‘Toilet Humor’ and ‘Send More Nudes’. The presence of such a unique and intriguing curatorial voice within an art fair highlights the ways in which such larger frameworks are providing spaces for contemporary art curators to explore different ways of displaying artwork across a range of contexts and dialogues. 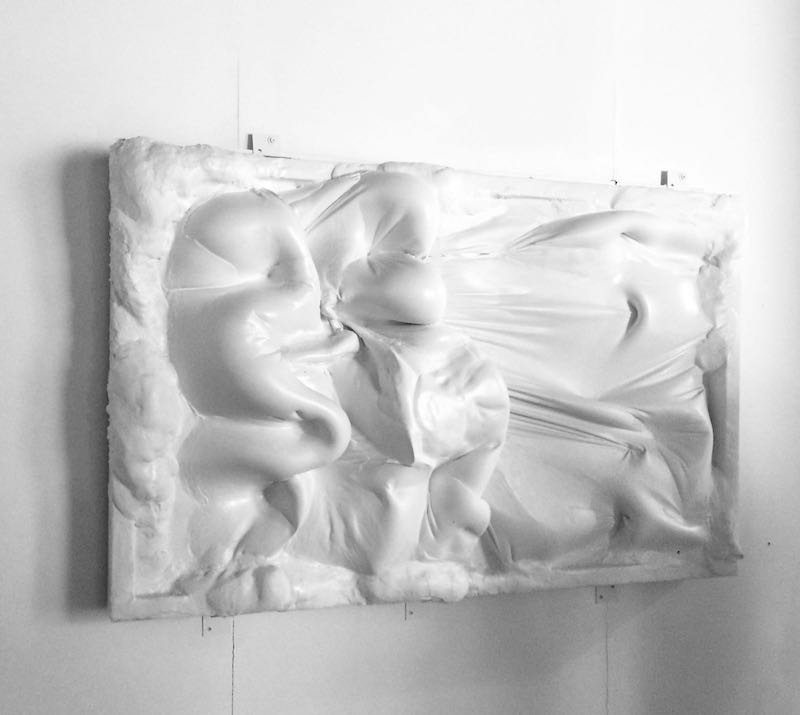 Marsh’s own curatorial ethos belies a pleasingly alternative approach, which certainly extends to Soft Opening’s display at Art Athina, which features the work of Ariana Papademetropoulos, who combines a large-scale painting of a hallucinatory environment with marble fragments, merging elements of the exterior/interior within a strangely timeless setting that seems to be based on some fragmented memory, hovering on the cusp of recollection. This sense of dislocation becomes more profound upon considering the chain of circumstances that feeds into so much of contemporary art production, as it is made, transported and displayed across all manner of temporal and geographical boundaries in a rapidly changing world.

This seems to me to be the value of contemporary art fairs today, as they allow us to place the sometimes-hectic milieu of contemporary art production and dissemination within a more cohesive and sometimes insightful context, not just by proxy of physically grouping together a wide range of galleries but also through some of the astute and experimental curatorial practice that is brought about by the very nature of the art show itself. If nothing else, I strongly urge you to visit art fairs to analyse the way in which art reacts to and feeds off the place in which it is displayed. In such a place, creativity and commerce – once mutually exclusive – are becoming ever more frequently intertwined.