Jeni Snell’s practice is based on the ongoing relationship she has with the place in which she grew up. Exploring her experience of living in a previously occupied territory, she is interested in the influence that our early environment has upon the formation of identity. Attending a school built on top of a German gun battery brought the opposing dynamics of ‘childhood innocence’ and ‘the architecture of war’ together within the playground and this conflicting and troubling relationship has been a consistently developed theme throughout her work.
Philosophers, writers and visual artists throughout the centuries have explored the theme of the influence of our early environment upon the formation of identity – that there is a fundamental importance connecting place and locality to our continued sense of self.

A.D. Living in London and returning to Guernsey you revisit and re-document the places of your youth. This is a very personal and ongoing journey for you. How does this journey evolve, influence your practice and what does “place” mean to you? How much of a role does it play in your practice?

J.S. It is often only through absence and our return to a place that we can challenge and re-invent our own ‘sense of place’ by generating ‘new senses of the same place’. Living in London and returning to Guernsey periodically, enables this, which for me as an Artist, enables greater understanding of my unique and ongoing personal journey.

A.D. The heavy occupation by the Germans of the Channel Islands is very visible in your influences. How much importance does the heritage play in your practice and what are the main aspects of the occupation that you are focusing on?

J.S. Heritage is important as the Second World War German Occupation of the Channel Islands is a very significant part of Guernsey’s history and has an ongoing legacy. I am also very interested in the resourcefulness of the Islanders under Occupation as they were forced to adopt a ‘make do and mend’ ethos which has inspired me to make use of found objects within my work. 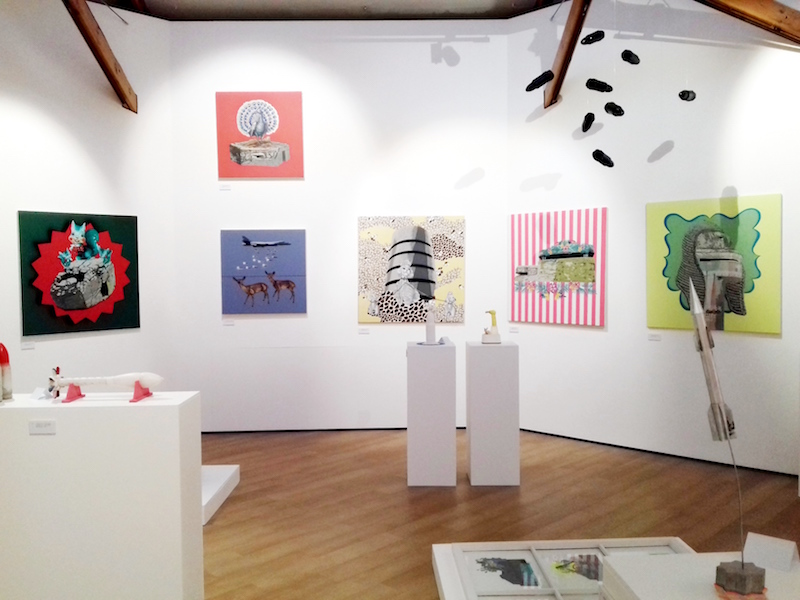 A.D. The bunkers are heavily present all around Guernsey. I’ve seen many bunkers in Europe and found them very moving, poetic and beautiful via their concrete brutalism. Looking at your work I sense that the bunker is a key symbol and a reoccurring one throughout your pieces, especially in your paintings. Tell me more about your views on bunkers and their symbolism.

J.S. Yes, I depict redundant German fortifications within my paintings, and in my sculptures, I often use concrete and casting techniques – partly in homage to the bunkers and how they were built, but also because I like the industrial feel of a cast object. In terms of their symbolism: soldiery/ oppression, of the melancholic self – isolation/ displacement.
The redundant fortifications provide the perfect atmospheric backdrop to reflect a fight for equality as they represent a loss of freedom, fear and an uncertain future.

A.D. I know music has had a big influence on you as a person and an artist. Why Achtung Baby! for the exhibition title?

J.S. My title references Achtung Baby! which is a 1991 U2 studio album produced by Island Records which was inspired by the 1990 German reunification. Having a music reference is important to me because during my teens the only access I had to Queer Culture, with positive and inspiring role models, was through listening to the song lyrics of ‘out’ singer-songwriters and musicians. 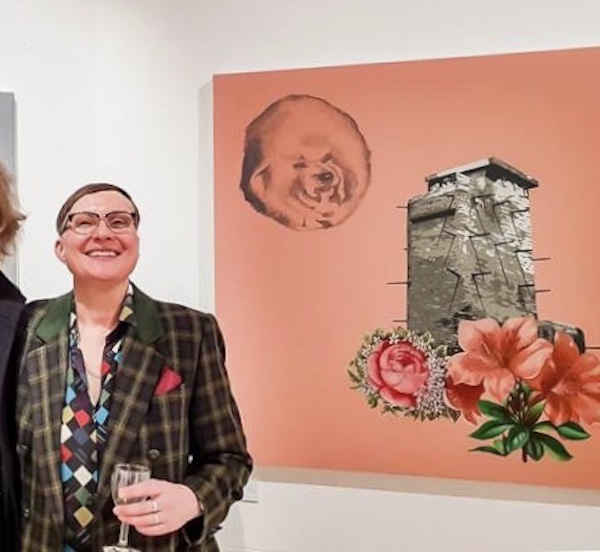 A.D. Growing up in Guernsey as a gay woman in the 1980s wasn’t very easy. Clearly, the titles of your works (The musical soundtrack of your youth) suggest a real influence from the LGBTQ plus activists such as Jimmy Sommerville, Marc Almond and Andy Bell for example. There is a sense of nostalgia and a real sense of isolation in your works. How much role do the politics and activism play in your works?

J.S. Yes, it was very isolating growing up during the homophobic Tory Thatcher 80s era (Claus 28, fear of AIDS HIV) and especially so on a small Island. Yes, there is definitely nostalgia in the mixed-feeling sense. Yes, LGBTQ and gender politics are very important to me as I identify as Queer which for me is just as much about a fluid gender association as it is about sexual orientation.

J.S. As British Artist Glenn Brown has said, ‘My taste for kitsch is a taste for subversion’. I like the relationship between the kitsch ornaments I choose and the bunkers… although there are similarities in that they are both inanimate and how they were made, but they also couldn’t be more opposite from each other … the difference in scale, and the colourful, shiny representations of cute innocent creatures versus dull, monotone-grey, gritty and foreboding concrete. So my intention with their placing together is to undermine the brutality of warfare, and in a wider context – oppression in general. 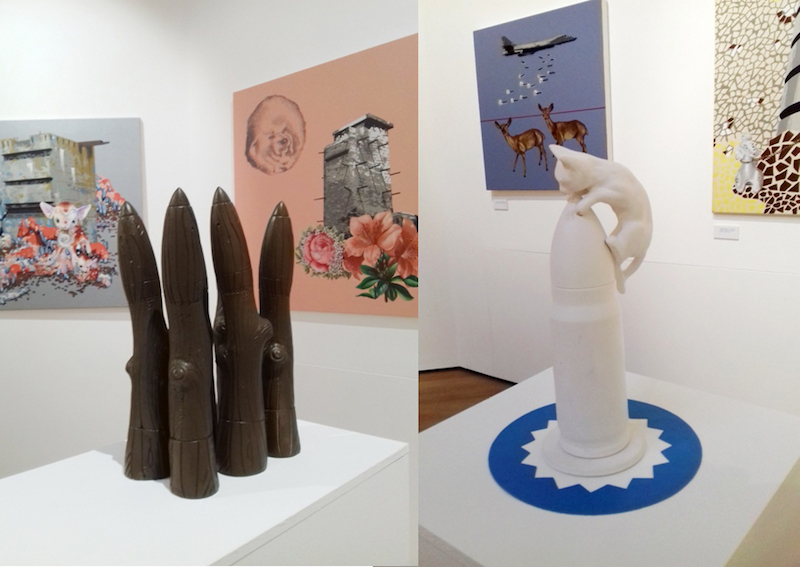 J.S. Yes, I photograph bunkers and anything else that could potentially feature in my work. I also research and use online images. My sculptures are individual works. My Arts Practice extends to making or doing anything that is relevant and is suitable for purpose.

A.D. There is a reoccurring theme within your work which is the male phallus. What does it symbolise to you?

A.D. How have the local islanders responded to your exhibition?

A.D. Finally, what’s next? What are your plans for the future? Any exhibitions coming up?

Anka Dabrowska (b. 1979 Warsaw, Poland) graduated in 2003 from University of Northumbria in Newcastle where she attained her Masters in Fine Art with distinction. She lives and works in London and has exhibited widely nationally and internationally.