La Biennale Paris is an unusual anomaly of a fair. For one thing, it isn’t actually a biennial as it takes place every year, not every other. It sits comfortably somewhere between London’s Masterpiece and Frieze Masters with an abundance of high-quality fine and applied art, all for sale. The event takes over the magnificent Grand Palais designed by four architects, Henri Deglane, Albert Louvet, Albert Thomas and Charles Girault, each had a separate area of responsibility with the project created in the Art Nouveau style.

I find that fairs of this ilk produce an eclectic balance of objects of desire with museum-quality paintings and sculpture. But who is this aimed at? The work on offer is after all the highest form of luxury goods, and there is no mistaking the commercial intention is to take direct aim at the 1% with an array of pricy temptations ranging from diamonds the size of ice cubes to old master paintings by Bruegel. 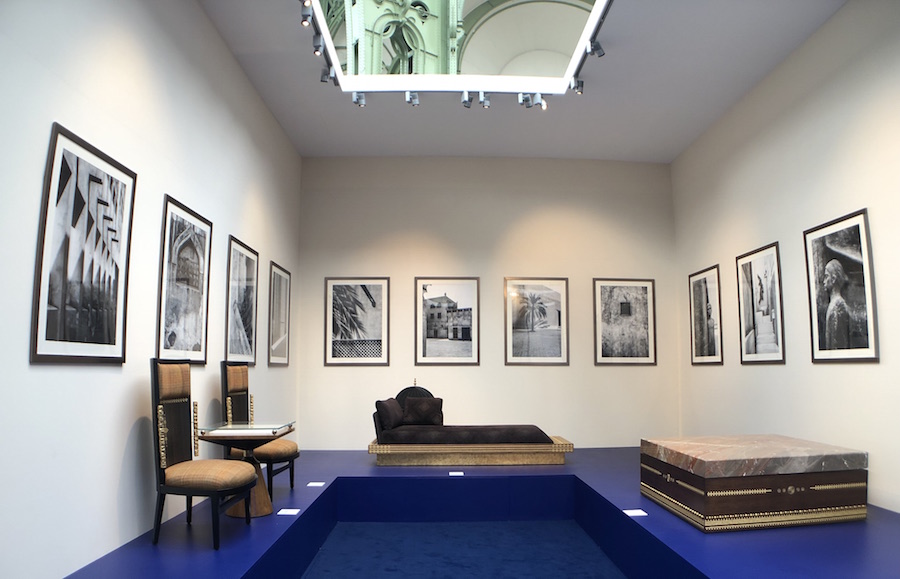 While walking around, I always play the game of ‘choose two items’. On this occasion, I mentally acquired a sheet metal mask by Pablo Picasso from Gallerie Ary Jan Paris. The sculpture had a mid-century tribal feel without being obviously a case of cultural appropriation. The second item on my list was a bronze table by Diego Giacometti brother of Alberto. It was on a stand with other works by the artist and depicted a Tree of Life motif. My birthday was this week so if anyone out there has a spare €800k just surprise me. 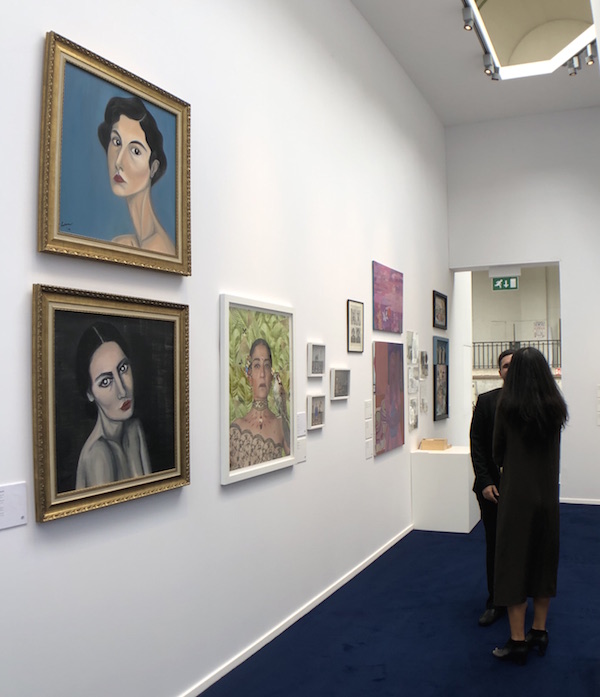 The fair has been successfully pushing into other areas of connoisseurship by holding a valid series of lectures and seminars. These seem to be fully booked, so I wasn’t able to attend myself in order to report.

One of the other focal points of the biennial is the ‘Honoured Guest Pavilion”. This year the Kingdom of Bahrain was selected to create an innovative stand, which mimicked a reflective sea simply and effectively. The centrepiece consisted of giant pearls representing six generations of pearl diving, the mainstay of the Bahraini economy until the oil era. The stand also contained a wide selection of Applied and Fine Art.

The stand had a number of beautifully crafted pieces of furniture of note. The style was Christopher Dresser meets Bugatti with a contemporary twist. I’m sure this would all make more sense in a minimalist property overlooking the sea with a blast of sun and heat.

Art Bahrain Across Borders Kaneka Subberwal joined up with Mathias Ary Jan, President of SNA presenting under the nave of the Grand Palais more than forty works by twenty-one Bahraini artists. The Kingdom was this year’s official ‘invited country’ at the 60-year old art festival, which took place from September 13 to 17. 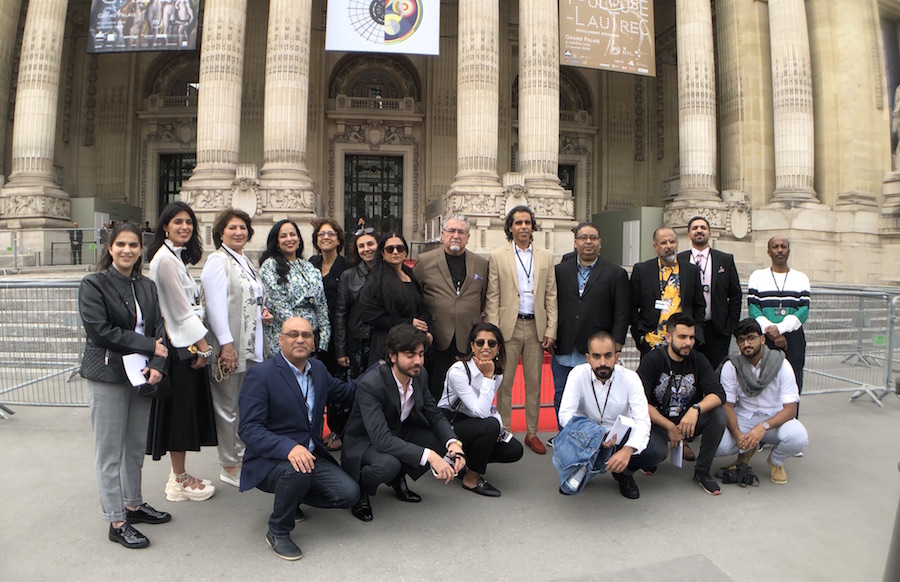 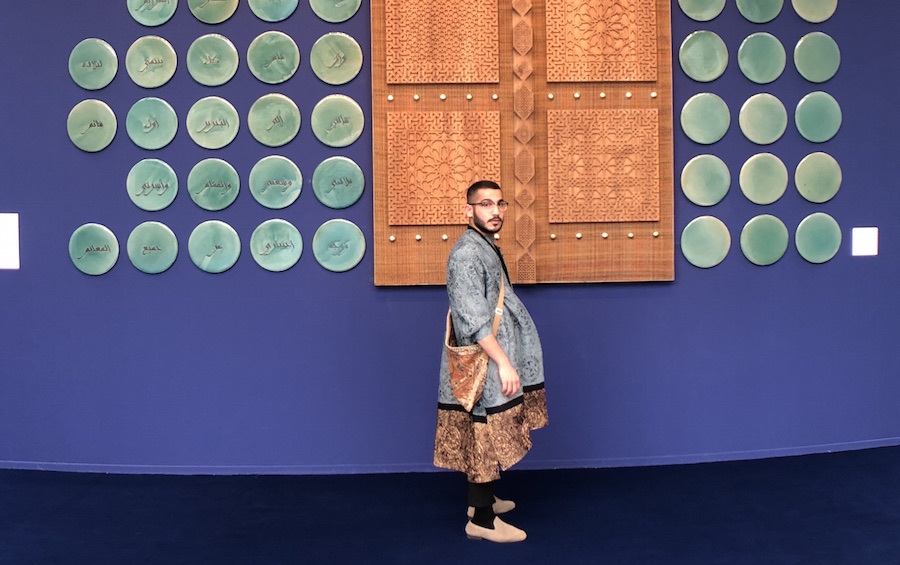 Nathalie Crinière designed the pavilion this year. The 364 square-meter ArtBAB Pavilion was the largest at the show.

The water and pearl motif of the stand’s entrance was original and spectacular. (see top photo) 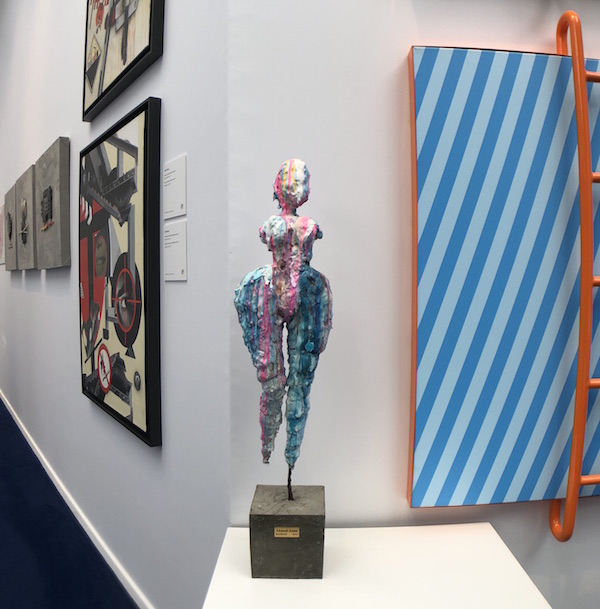 The pavilion celebrated Bahrain’s rich history as one of the oldest cultures in the Middle East. The pavilion served to introduce art collectors and enthusiasts to Bahrain’s artists and artisanal craftsmen.

Bahrain has been steeped in culture since the days of the Dilmun civilisation in the Bronze Ages and has much to offer the art world. An archipelago of 33 islands, once known as the island of a million palms Bahrain was the first Arab country to discover oil in 1932, remaining famous for its resources of oil and pearls.

A final part of the exhibition aims to show some rare historical pieces from the ancient Dilmun civilization or goldsmithing.

Following the presentation of Bahraini women artists at the Grand Palais in 2018, this exhibition was the first to be entirely devoted to Bahraini Art in France, since 1999, and sheds light on authentic discoveries.

The Bahrain Pavilion reflects the vitality of Bahrain’s Art in the fields of painting (abstract as well as figurative), installation, sculpture, photography, and video.