Tate Britain opens a free new exhibition dedicated to celebrated British photographer Bill Brandt (1904-83). Forty-four original photographs from across his career are displayed alongside the magazines and photobooks in which these images were most often seen. Entitled Bill Brandt: Inside the Mirror, this is Tate’s first Brandt exhibition. It reveals the secrets of his artistry and the fascinating ways he staged and refined his photographs. Drawn from Tate’s collection, the show includes many recent acquisitions reflecting Tate’s ongoing commitment to strengthening its photography holdings.

Although Brandt’s images can appear candid and spontaneous, he did not capture people unaware

Bill Brandt was first known as a photojournalist, renowned in the 1930s for his observations of British life and later for his landscapes, portraits and nudes. But his images were always carefully crafted to ‘enter the mirror’, as he put it, employing formal experimentation and artistic interventions to evoke the surreal beauty he saw in everyday life. This exhibition celebrates his theatrical direction of people and setting, his mastery of composition and abstraction, and his dialogues with the work of other artists. 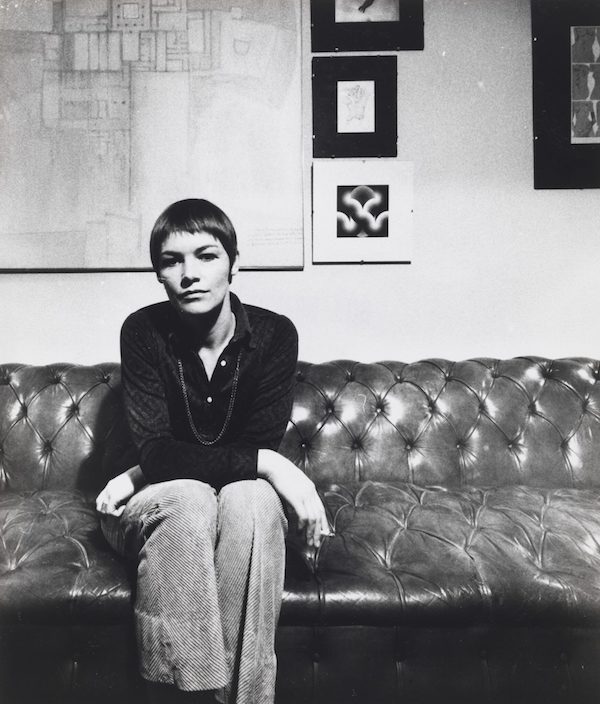 Although Brandt’s images can appear candid and spontaneous, he did not capture people unaware. He worked closely with those he photographed, directing and lighting them to cast ‘the spell that charges the commonplace with beauty. He sometimes waited hours to capture effects at specific times of day – as in Woman Swimming – and some of his most mysterious scenes were taken at night. Brandt developed his film and printed his photographs, giving him further opportunities to rebalance light and dark and change the composition through cropping and enlarging. He even used ink and pencil to alter prints, for example introducing plumes of smoke onto Hail, Hell & Halifax. The exhibition’s series of Brandt’s nudes includes some of his best-known and most evocative works, further exploring his interest in altered perspectives, surreal effects and abstract compositions.

As well as being an artist in his own right, Brandt took inspiration from many other artists and art forms. The exhibition explores some of these conversations between his photographs and other imagery, from Gustave Doré’s engravings of London to Henry Moore’s air raid shelter drawings to Orson Welles’ 1941 movie Citizen Kane. Brandt’s handmade photobook ‘A Dream’ – which is being exhibited for the first time – reveals further influences, such as John Tenniel’s surreal illustrations of Alice in Wonderland and the dramatic shadows of Expressionist cinema. Brandt also became famous for his portraits of artists, such as the actor Glenda Jackson at home in the early 1970s and an arresting close-up of sculptor Louise Nevelson’s eye.

The exhibition at Tate Britain coincides with a group of newly opened photography displays at Tate Modern. These include a room of recently acquired photographs by Martha Rosler, two photographic series by Laura Aguilar and Lyle Ashton Harris, and a selection of photobooks documenting the war in Bosnia. There is also a display of images from Liz Johnson Artur’s series Time don’t run here, depicting the Black Lives Matter protests in London over the summer of 2020, accompanied by a new book about Artur from Tate Publishing.