Empire II finally lands in Mexico, for an expansive museum show at Maco, Oaxaca, before heading to its final screening destination at 58th Venice Biennale.

Set within a unique sunlit Mexican landscape, the city of Oaxaca is historically known for its gastronomic, cultural and historical heritage. It is, by all means, a feast for all senses, a perpetual festival of colour, craft, amazing food flavours & sounds ranging from lively Latin beats to car horns and sirens to random dogs howling in the busy streets. The city’s art scene is bustling and vibrant, influenced by its indigenous and colonial heritage that ranges from Mixtec treasures to internationally renowned artists such as Francisco Toledo, Guillermo Olguin and Lucas Avendano. In addition, many galleries and pop-up spaces constantly exhibit a wide range of international art complementing the bubbly art scene currently developing in the capital Mexico City. Some of Mexico’s most prominent museums, in fact, reside in Oaxaca, including The Museum Of Contemporary Art ( MACO ) situated in a colonial mansion dating from 17th century, one of the oldest buildings in Oaxaca. 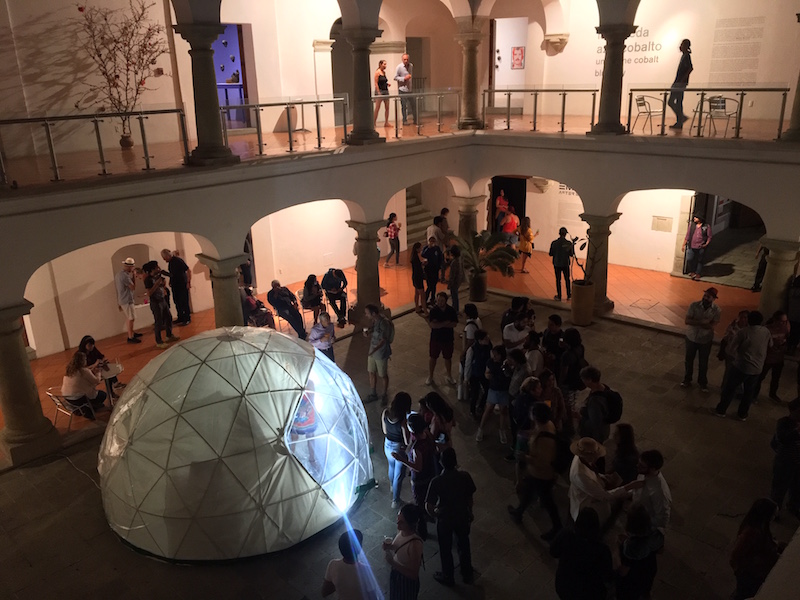 Following a series of exhibitions and screenings across capital cities of Europe in the past two years, including Berlin, Madrid, Paris and London amongst others, Empire II, under the title After Extinction opened its last and final installation format, designed for and presented across six rooms of this historic building in the heart of Oaxaca. The ideas encapsulated in this comprehensive staging of Empire II explore and investigate difficult terms and conditions of our present times and their impact on the society and individual equally on a social, anthropological and historical level. From Age of Anxiety and Playing God to After Extinction and finally Void, the artistic responses to these themes and ideas were varied and inspiring. My personal response as an artist to these pointers was to explore the debate between the idea of extinction against cyclical and repetitive patterns of history. Humanity seems to be permanently caught up between the storm of upheaval and ongoing change.

In that setting, the opening night has also revealed some new aspects of the project, including Virtual Reality action by French artist Ann Grim and Video performance by Mexican artist and co-curator Marisa Polin. Alongside the performative works, a number of visiting artists engaged in film workshops creating new pathways and connections with guests and visitors, introducing them to DIY film making and its infinite possibilities. At this very moment, and over the next couple of months, Empire II will arrive at its conceptual end against a historical backdrop of some great civilisations that have graced the landscape of this region. 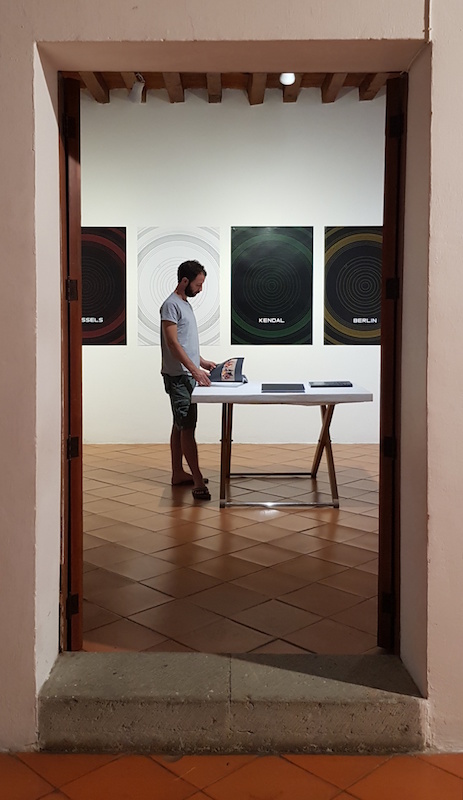 Empire II will return to its source and beginnings and stage its closing event titled VOID, during the opening days of the 58th Venice Biennale in May 2019, with continuous and multiple screenings at night time hours, across many different locations inside the city of Venice.

The exhibition at Maco, Oaxaca 2019 is the culmination of nearly two years of continuous touring and screening programmes across European capitals of Paris, London, Tallinn, Zagreb, Madrid and Berlin amongst others and finally marks Empire II completion and closure point of sorts. It began in Brussels Art week 2017 and will close at 58th Venice Biennale. The five rooms of the ground floor at the Museum of Contemporary Art, Oaxaca offer a specific screening setting of Empire II including a guided review of its history and past events – From the Age of Anxiety and Playing God to After Extinction and finally Void.