Artangel has unveiled Red Lines a new work by the pioneering new media artist Evan Roth, the winning work of Artangel’s International Open Call. The new work can be experienced for free by anyone with an internet connection anywhere in the world. 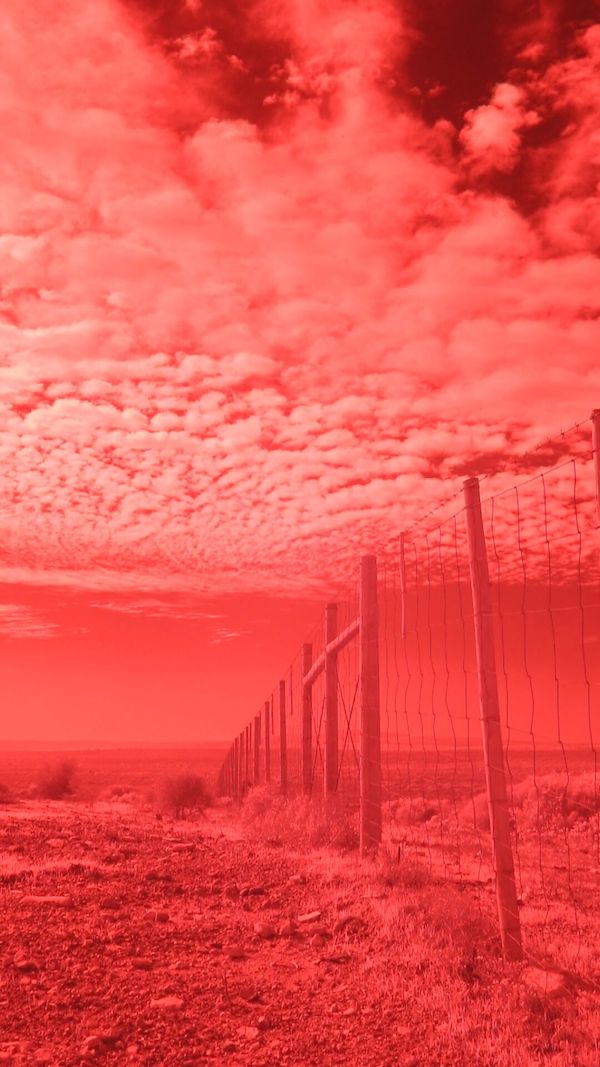 1) How do you describe your practice (Medium, Material and Message)

I’m an artist, from the US but currently based in Berlin, working across a range of media: from sculpture to websites to print and performance. The web is both a medium for me and often the cultural context from which my work emerges. My practice visualises what is often unseen or unacknowledged in our interactions with technology, and I’m interested in the personal as well as the cultural effects of these interactions.

My new work Red Lines is a network containing infrared videos of coastal landscapes that can be streamed to anyone ’s smartphone or computer. The proposition to the audience is that they connect to this network and live with the work in their homes or workplaces for an extended period of time.

2) What separates your mode of expression from traditional media such as painting and photography.

In many ways, the work Red Lines resembles landscape painting, and once it is being experienced through a device in someone’s home, they are likely to live with it just like they might a photograph or a postcard. The physicality of it is not so separate from these traditional forms.

However, like much of my work, Red Lines involves a durational element, so it could, in fact, be seen as something more akin to performance.

If you see the device as the frame, there are connections that are happening outside of this frame which are fundamental to the way the piece functions.

3) Who do you list as your main influences and reference points?

Red Lines sits somewhere between Romance era landscape painting and net art. Lately, I’ve been interested in Thomas Cole, whose work is coincidentally showing at the National Gallery in London. In terms of contemporary landscape painting, Etel Adnan is definitely an influence. The structure of Red Lines, which is, in essence, a web ring, references Olia Lialina’s work Summer [http://www.evan-roth.com/olia/summer/]. The ring of URLs that form the structure of Red Lines is, in part, a homage to this work.

4) Does subject (in this case landscape) govern the finished work? 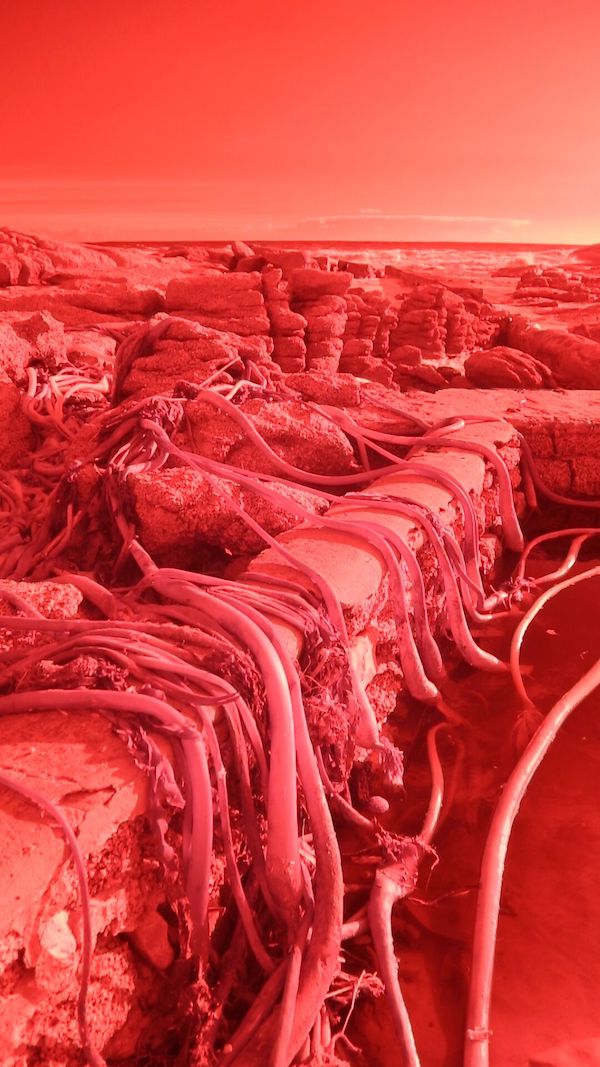 Since 2014 I’ve been travelling to network cable landing locations around the world filming the areas where these fibre optic cables emerge from the sea. I’ve travelled to South Africa, the United States, New Zealand, Australia, the UK, France, Hong Kong, Sweden, and, most recently, Argentina.

The videos I make at these locations are filmed using a camera that has been modified to shoot in the infrared spectrum. This is the frequency range of the light that travels through these fibre optic cables. Each video is a single continuous shot in portrait orientation of the landscape, neither the frame nor the focus move and the end result almost resembles a still photograph.

Although there is an extensive amount of research undertaken that brings me to these locations, once I am there I take cues from the environment I’m in to inform where I point the lens and the process becomes more intuitive.

This isn’t a photojournalist project, I’m not looking to document the cables but rather to undertake the process of seeking them out to begin a different understanding of my surroundings. The research places me in the landscape, but once I’m there, I’m absolved of this responsibility and can do what feels right.

There is a contrast as well in momentum. The subject of my videos is moving at the speed of nature which seems to be a very different speed to that which information travels along these cables. The end result is that I experience stillness despite the presence of the internet but also because of it. This experience is something I hope to confer to the audience of Red Lines.

5) Red Lines is a network of infrared video landscapes streamed to dedicated smartphones, tablets, or computers. Do you believe that this type of mass accessibility democratises visual art or does it just add to the clutter available out there in the wash, i.e. art on YouTube and Social Media.

Just because something is accessible doesn’t mean it is convenient. This work was commissioned from Artangel’s open call which asked artists to propose an idea for a work that could be experienced everywhere. They certainly weren’t looking for ubiquity. Instead, they were challenging the notion of site specificity which is a mode of art production for which they have become renowned.

Red Lines is available to anyone in the world with an internet connection and a compatible device, but that’s not to say it is democratising visual art more so than any other contemporary artwork.

There are several ways you can experience Red Lines as a viewer. You could, for example, repurpose an abandoned device, perhaps the battery no longer lasts for sufficiently long periods? Point the browser of this device at https://p2p.redlines.network, turn off autolock and place it somewhere it can stay charging and display the videos as they connect one by one to the device. Another way is that you take time out of your usage of your own phone to dedicate it to Red Lines. Then the work becomes quite disruptive. Rather than the constant stream of updates and alerts, you have a very different experience of the internet: one of stillness. This is asking a lot of the viewer and the compulsion they might have to disrupt the work and reach for their notifications, check their emails or social media, is part of the work.

So, the invitation to adopt this work is open, but those who chose to take it up will not do so flippantly. In a way, the scale of this work’s reach is not so important as the fact that it is a network. It could involve 5 people – and did in its early beta testing stages! – or it could reach thousands, but at some point, I hope the adoption will settle down, and we will be left with a network of people just living with this work.

The videos are synched so whoever connects to the work will be sharing their experience with people around the world.

6) Please elaborate on your upcoming project for Artangel. 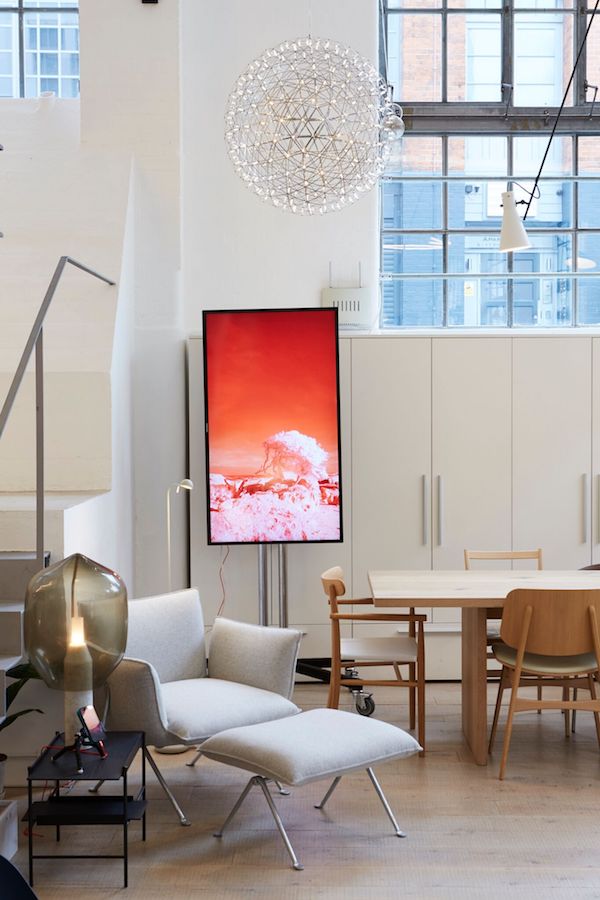 The best way to learn more about Red Lines is to experience it. There is more information about the project as well as guides on how to host it on a range of devices available at https://redlines.network.

Red Lines is a network of infrared video landscapes that can be streamed to a dedicated smartphone, tablet, or computer for free. Roth’s mesmerising infrared landscapes map a hidden source of power. The title refers to The All Red Line, the submarine telegraph cable system linking territories of the British Empire inaugurated in 1910. Many of today’s vast intercontinental fibre-optic cables –- the vital arteries of the digital world – land in the same places where telegraph cables once emerged from the ocean.

Over the past three years, Roth has filmed these coastal sites from Australia and Argentina to South Africa, the United States and Hong Kong. The videos allude to the sublime, to landscape paintings that evoke human fragility before the power of nature. What threatens to overwhelm humankind now is no longer visible, it is embedded within the landscape of the internet.

Evan Roth is an American artist currently based in Berlin. An early adopter of internet technologies, he was a self-taught coder and net artist before attending Parsons School of Design in New York. He then went on to found the artist and technologist collective Free Art and Technology (F.A.T.) Lab in 2007.

Roth’s work has been exhibited at Tate and the Whitechapel Gallery in London, the 2016 Sydney Biennale, and Mona Bismarck American Center in Paris. His work is in MoMA New York’s permanent collection. In 2012, he was awarded the Cooper-Hewitt Smithsonian’s National Design Award, and in 2016 the Creative Capital Emerging Fields Award.