Ever since the publication of Andre Breton’s Surrealist Manifesto (1924), the erotic male gaze on the female body came to be a defining component of the Surrealist movement. From Magritte to Man Ray, the female form is objectified, fetishised, mutated, disfigured, mystified, adored, abused and repeatedly figured as a site for the enactment of male desire and fantasy. Nobody is a more intriguing embodiment of this than Gala Dalí. A Russian schoolteacher who traversed a war-torn Europe, from Moscow to Paris, at the age of 20, Gala is said to have played muse to many leading figures of the Surrealist movement – not least her two husbands, poet Paul Éluard and painter Salvador Dalí.

But an exhibition at Barcelona’s Museu d’Art Nacional de Catalunya argues that the title of ‘muse’ is an insufficient one for Gala. It instead reveals a woman who used a disguise of subservience to establish a crucial role in the artistic output of the men who surrounded her; a woman whom Breton himself is said to have seen as a rival, resenting her and her relationship with the other artists of the collective.

Remarkably, this is the first time an exhibition has ever been devoted to Gala. Its curator Estrella de Diego, who has been researching this enigmatic character for two decades, says that when she first began her investigation she never imagined a major institution would devote an exhibition entirely to Gala. Very few people would have been interested back then, she says. But today, at a time in which the voices of long-silenced women everywhere are finally being heard, it seems more fitting than ever to be shining a light on a woman as underestimated as Gala, for whom silence was also such a defining force. 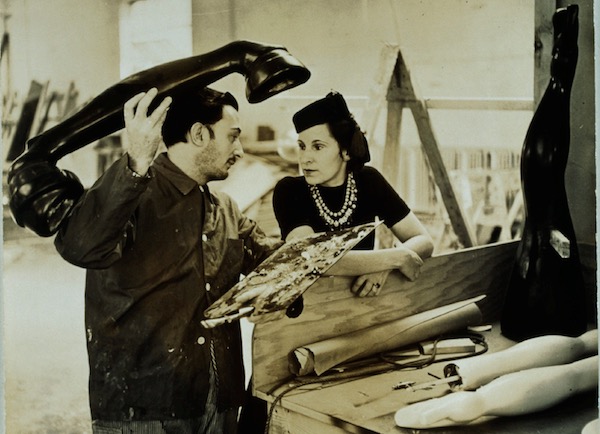 Gala Dalí: A room of one’s own in Púbol features over 300 items, including numerous paintings and photographs by the likes of Max Ernst, Man Ray, Cecil Beaton, Pablo Picasso and Salvador Dalí that represent or were inspired by Gala. Among them are major works such as The Birth of Liquid Desires (1932), The Memory of the Woman-Child (1929) and Apotheosis of Homer (1944), as well as previously unseen drawings and sketches, and intimate photos of family and social life.

It was through her marriage to Éluard that Gala began to penetrate the inner circle of Surrealists. Rather than simply providing inspiration for Éluard’s poetry, the exhibition suggests that Gala is likely to have acted more as an intellectual accomplice, making significant contributions to his work and development.

Indeed, Gala was herself a voracious reader from her early years – born to an intellectual family in Kazan, works of Russian literature by the likes of Mikhail Lermontov were among her sources of inspiration and information both while growing up and in later life. Letters on display in the show that Gala wrote to Éluard reveal her own astonishing writing ability. We are also presented with Éluard’s Dialogue des inutiles (1914), for which Gala wrote the prologue, albeit under a pseudonym. “Do not be shocked,” she says, “that a woman – or rather, a stranger – is presenting this little volume to the reader.”

Gala is also revealed to be a greater creative force in her second marriage than one might have thought. A series of photographs of her with Salvador show them at work together on Birth of Venus – Dalí’s art installation presented at the 1939 World Fair in New York – suggesting Gala played a far more active role in the creation of this landmark Surrealist masterpiece than she was ever given credit for. 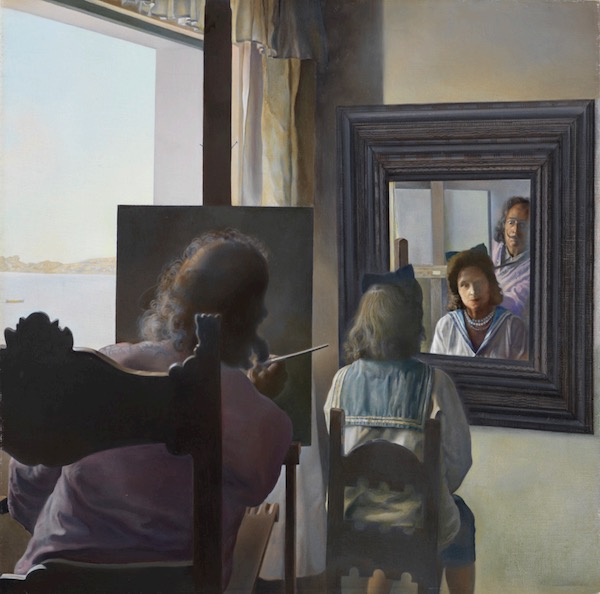 Salvador Dalí Seen from the Back Painting Gala Dalí

Over in England, five years after the publication of Breton’s Surrealist Manifesto, in the seminal work of feminist literature A Room of One’s Own (1929), Virginia Woolf set out to confront the fact that “women have served all these centuries as looking-glasses possessing the magic and delicious power of reflecting the figure of man at twice its natural size.” Woolf’s assertion that “a woman must have money and a room of her own if she is to write fiction” came to inspire and define generations of subsequent female writers and artists. The Barcelona exhibition’s title suggests that for Gala this room took the shape of Pubol Castle, located in the Gerona province in Catalonia, which Salvador bought her as a gift in 1969.

Marc Lacroix’s photographs of the home, which featured in a special issue of Vogue magazine in 1971, provide an intimate look at life at Pubol, as do numerous personal items, including Gala’s striking collection of clothing, by designers like Christian Dior and Elsa Schiaparelli. Also displayed are sketches for the designs of Pubol Castle – all by Salvador, although they sit alongside a series of previously unseen letters between the couple revealing how influential Gala in fact was in the design process.

We are told that Pubol was a place of silence that helped Gala to define her autonomous identity. It is alleged that Gala only allowed her husband to visit her with written permission granted in advance. But was Pubol really a room of her own? It was, after all, a gift from her husband, and it is uncertain that Gala ever became the legal owner of the property herself. And ultimately, what the exhibition reminds us of is that, despite her own potential, Gala was ultimately confined by the limitations of a movement defined by misogyny and the exercising of male erotic power over women.

The silence and solitude that seemed to define Pubol for Gala speak louder than the objects that populated its rooms – they are testament to the silence that surrounded Gala her whole life. She had no choice but to use this silence to her advantage, to assume the disguise of ‘muse’, one that was palatable and exploitable for the Surrealists, in order to achieve some sort of visibility and autonomy. The other option would have been to disappear into silence entirely.

Gala Dalí: A room of one’s own in Púbol is at Museu Nacional d’Art de Catalunya until 14 October 2018