Masterpiece’s inimitable strength is its ability to transcend the traditional pigeonholing of art into cultures” Philip Hewat-Jaboor, Chairman of Masterpiece.

With friend, Paul Freud, we took a golf car at the entrance of Chelsea Bridge Road to drive to the 9th edition of Masterpiece at the Royal Hospital Chelsea, the ultimate glitzy meeting place colliding with the Mayfair Art Weekend.

What sets Masterpiece apart from other art fairs is the eclectic set-up and juxtaposition design, art, antiques, furniture, precious jewellery collections and speedboats. The fair offers an unparalleled opportunity for networking and champagne, but also a passion for beauty and connoisseurship. This year the fair has expanded both in size and scope and was the strongest yet. With flow of visitors, we walked through 6,000 years of art history from some 160 renowned galleries worldwide and selected significant art pieces from Masterpiece 2018. 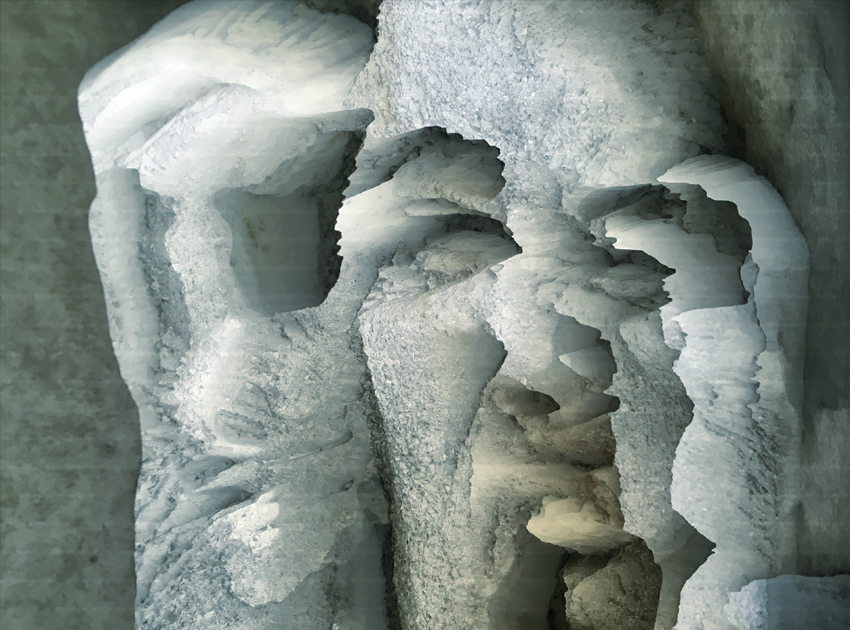 At the entrance, Masterpiece Presents welcomed the visitors with a spectacular edition in light and stone, a phenomenal immersive work by Marina Abramović. It was a collaboration with Factum Arte Foundation from Madrid using an advanced 3D scanning. Abramović has created a mesmerising body of work that pushed once again all the boundaries of her experimental vision.

We walked through her projected portrait on a fine mist of water to enter a low-lit exhibition space dedicated to the “Five Stages of Maya Dance”, a splendid and wild series of alabaster sculptures. Walking around the five cutting-edge pieces, Abramović’s haunting presence decomposed into intricately carved of 3D Chinese ink landscapes.

“At this point in my life, I decided to capture my performance in a more permanent material to face mortality. Alabaster, with its immutable, translucent and luminous qualities proved the perfect material for my experiment.” 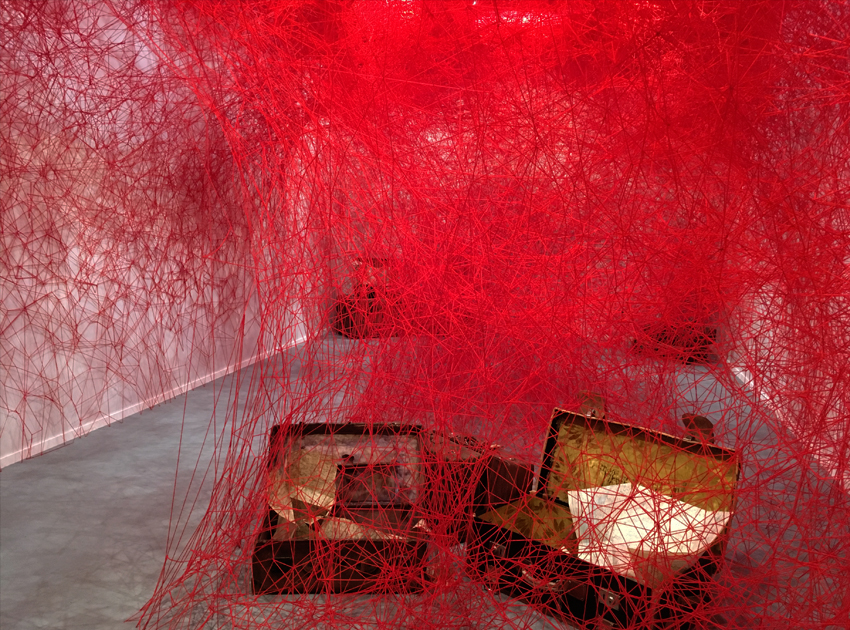 Making a statement, a spectacular installation was presented by BlainISouthern with Berlin-based Japanese artist Chiharu Shiota. She has created a site-specific installation that filled the entire booth with a web of interlacing red yarn trapping lost objects and suitcases symbolising the existential question of identity. 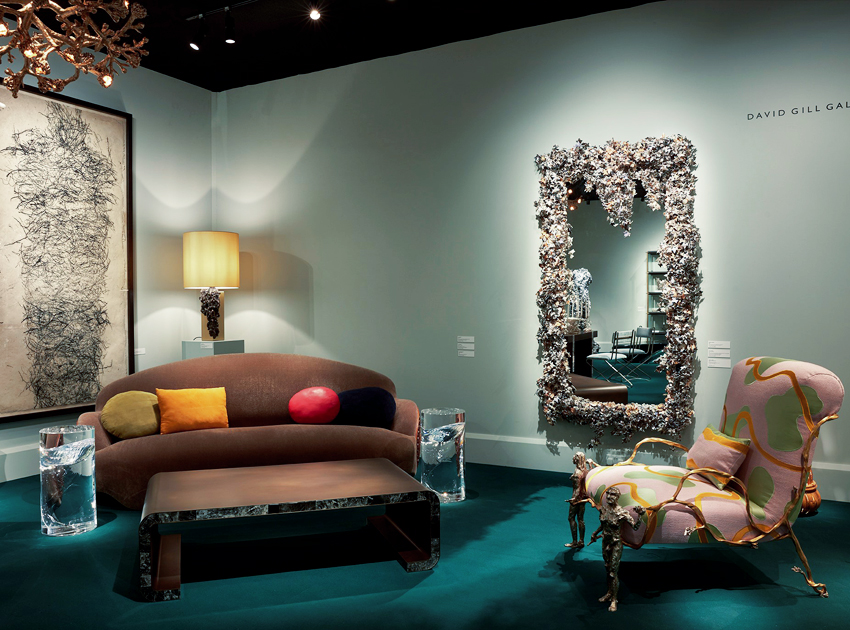 The much-anticipated installation of David Gill was highly inspired by the poet and Surrealist patron Edward James. Gill was fascinated with him after coming across his house sale some years ago. He illustrated at the time how interiors can mix a Picasso with contemporary bookcases and period furniture. The presentation at Masterpiece combines a pair of Syrie Maugham bookcases and a range of 21st-century design pieces to recapture the atmosphere of James’s original library. In the heavily draped interior, the desks were overflowing with books, a Michele Oka Doner’s bronze bust, a Mattia Bonetti lounge chair, alongside with pieces by Barnaby Barford and Sebastian Errazuriz. 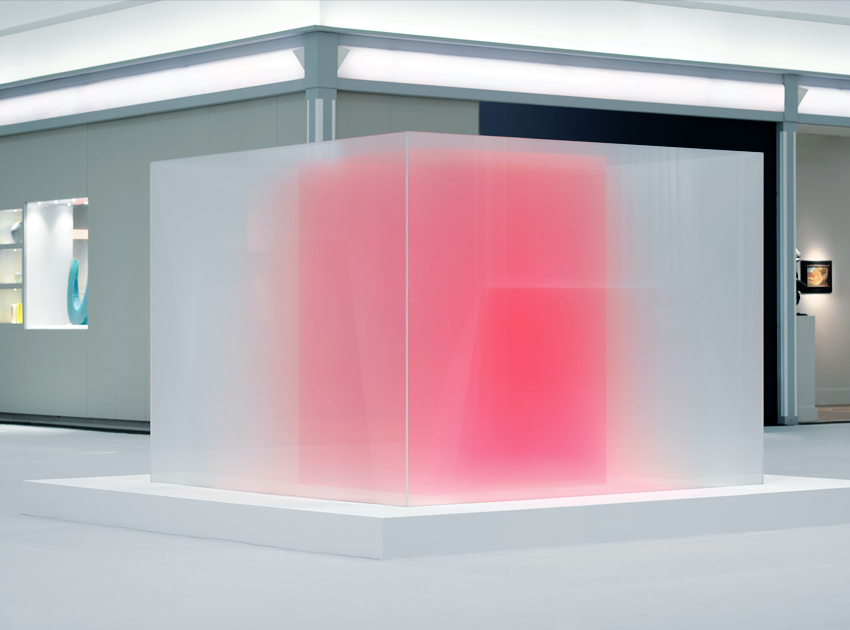 The gallery also presented Larry Bell, one of the most renowned and influential artists to emerge from the Los Angeles art scene of the 1960s, known foremost for his refined surface treatment of glass and explorations of light, reflection and shadow through the material.
The large cubic glass work “Venice Fog” is a piece of new laminated glass with colour combinations inspired by the marine fog, which rolls into Venice CA, the location of Bell’s studio. With the constant presence of the misty Sea Salt colour of the exterior glass his sculpture allows two colours to be fused together through reflection and refraction.

“Although we tend to think of glass as a window, it is a solid liquid that has at once three distinctive qualities: it reflects light, it absorbs light, and it transmits light all at the same time.” 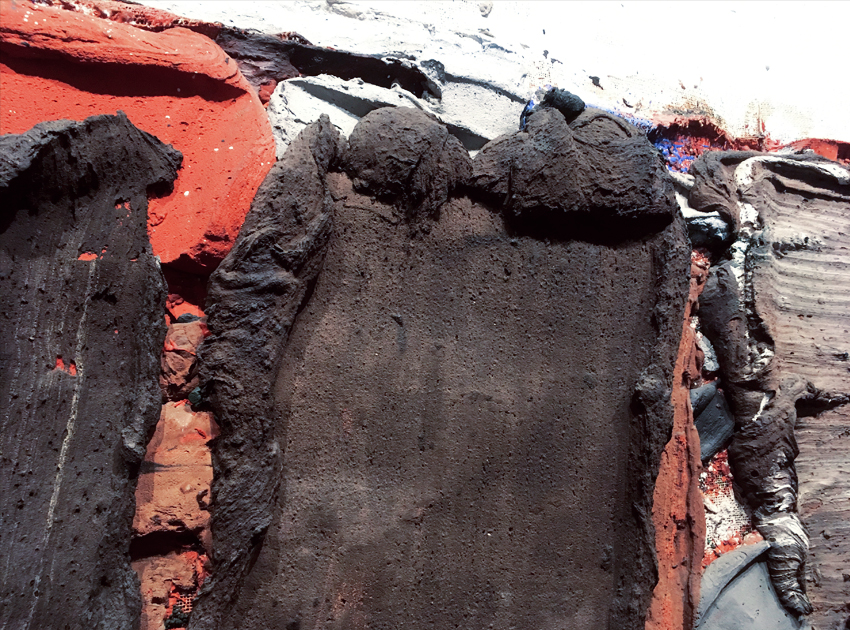 Vigo gallery was another newcomer at Masterpiece presenting a group show including the much-loved Dutch expressionist painter Bam Bogart.
Bogart’s work was dedicated to exploring the materiality of paint, using it as a sculptural medium. He blurs traditional notions of painting and sculpture by building three-dimensional pieces with thick layers of material, comprised of natural ingredients of a mix of mortar, siccative, powdered chalk, varnish, and raw pigment, applied to large, heavy wooden backing structures. 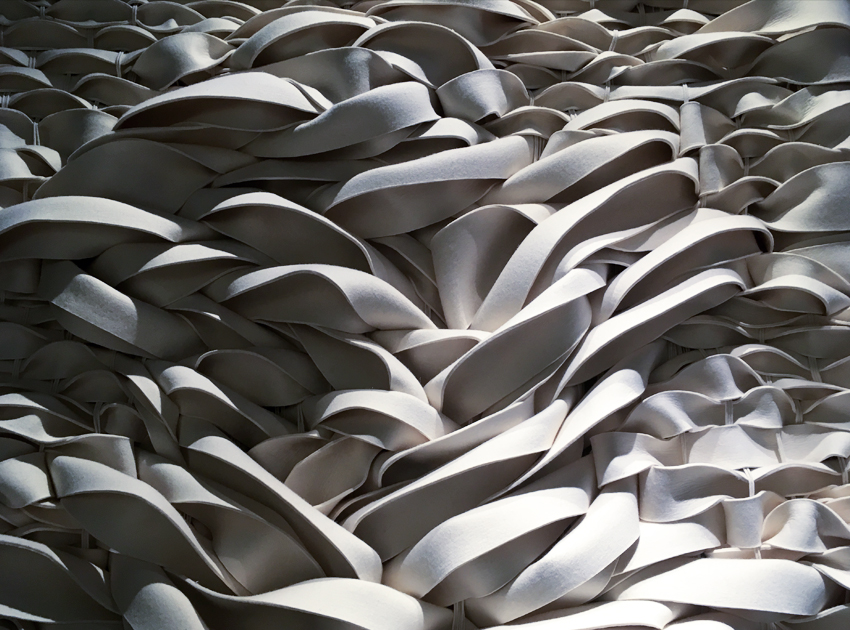 During the fair, the gallery exhibited one of Brigitte Bouquin-Selles’s tapestries. She was introduced first-hand to textile art by a master of the Nouvelle Tapisserie movement.
Bouquin-Selles currently works from Angers in France at the edge of the Loire Valley. In her work, she entwines pieces of felt, weaving unordered fibres of dense material into visually ordered variations of geometric line and loose bondage. Each piece is hand woven, pitting repetition against chaotic strands of loose fibres. 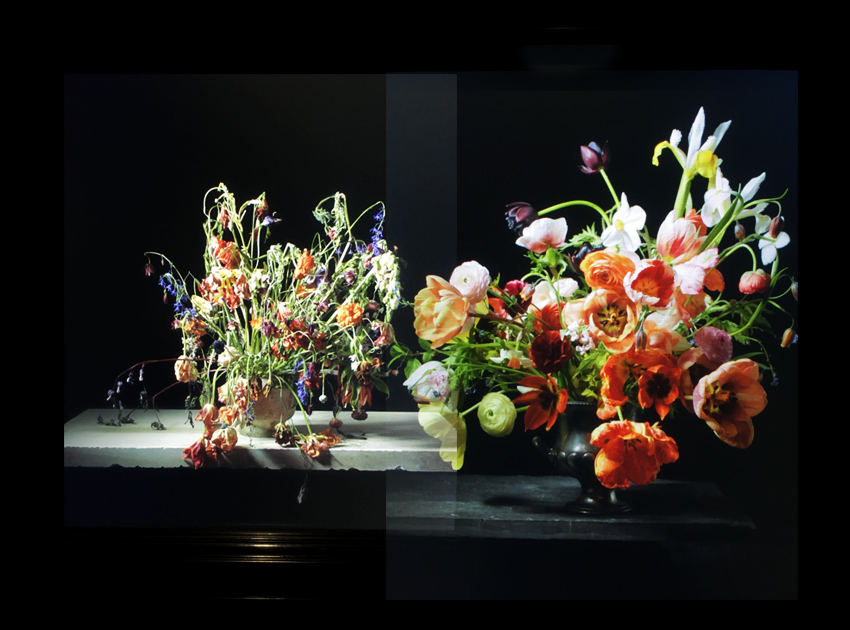 Rob and Nick Carter’s acclaimed Transforming series has been 10 years and 65.000 hours in the making and was presented at the first time by Ben Brown Fine Arts at Masterpiece 2018. This mesmerizing body of work consists of 12 looped films in slow motion, each taking as their starting point as an iconic painting or a photograph. The Transforming series was originally based on the knowledge that museum visitors look at a work of art an average of three seconds. In an attempt to inspire visitors to examine art works for longer, the Carters have created a unique intersection between the art of the past and cutting-edge computer generated images in real-time motion. 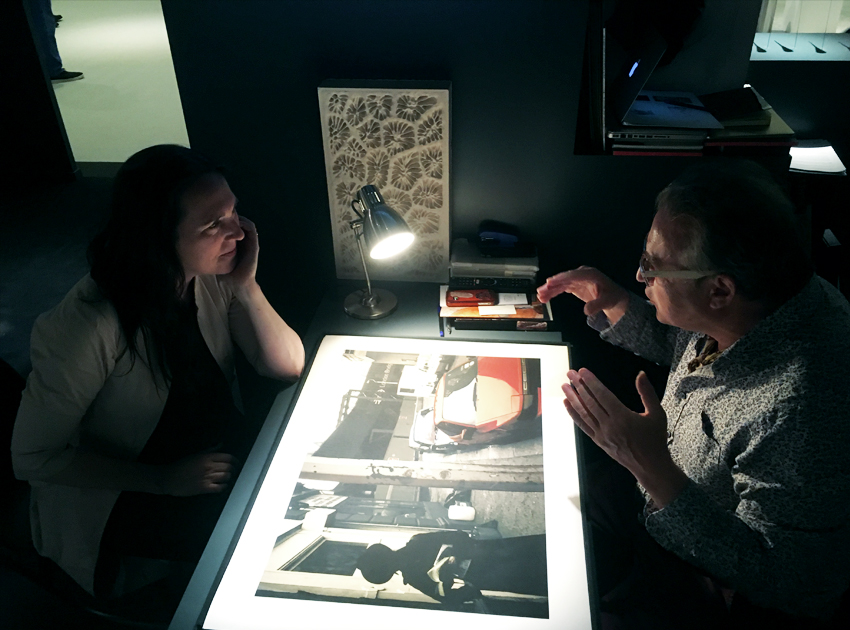 Paul and I finally arrived at the Madrid based foundation, Factum Arte.
Factum Arte consists of a team of artists, technicians and passionate conservators dedicated to digital mediation, however, it is not a gallery. Factum Arte is an exceptional space for brainstorming, a laboratory for projects taking place around the world, using digital technology for the preservation of cultural heritage. Factum Arte is, in fact, an extraordinary foundation; their production is the result of extensive research and experimentation in the development of new materials, techniques and technology. They have never rejected a project, but are constantly adapting and developing technologies they work with, earning a reputation for the uncompromising nature of its work and obsessive commitment to pushing the boundaries that usually separate new technology and traditional craft skills.

Some remarkable large-scale projects include Jenny Holzer’s Louvre Abu Dhabi commission, Marc Quin’s “Planet” and going as far as Vologda, to the exquisite Ferapontov Monastery in Russia to record frescoes in high-resolution colour and 3D. At that point, Paul was handed a black photographer’s glove to view one of Factum Arte’s projects, Boris Savalev’s “Czernowitz Portfolio” with precious loose prints. 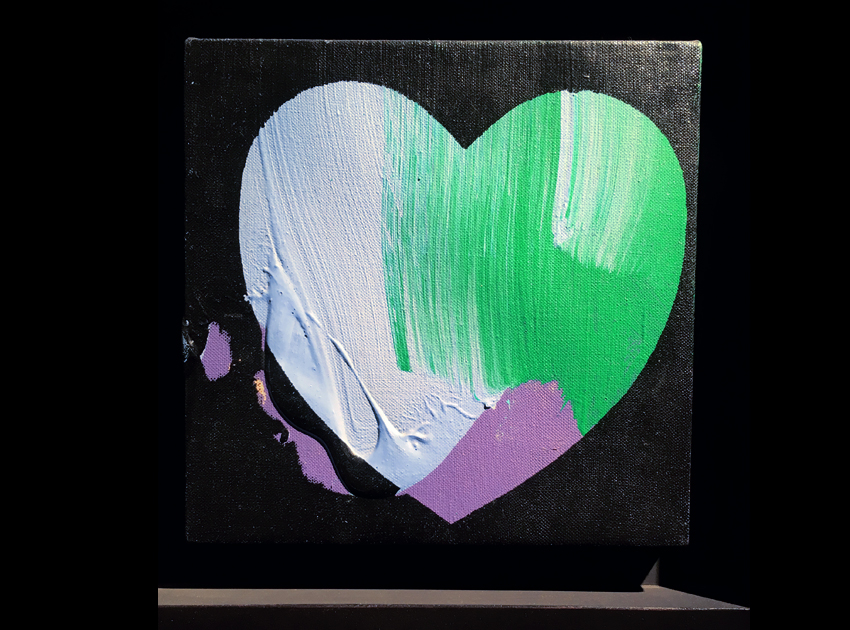 Finally … How can you mend a broken heart? Al Green knows it. Andy Warhol knows it.