Rana Begum brings her viewers into an interactive world of colour, light and form. Initially, her geometric language could be traced back to cityscapes meeting the patterns of Islamic architecture from her early childhood in Bangladesh. In recent years she has increasingly added more organic elements, as can be seen in her major show ‘Dappled Light’, running in related but different site-responsive versions at the Mead Gallery near Coventry (13 January – 13 March) and Pitzhanger Manor in London (25 March-August). I caught up with Rana in her spectacular studio residence in Stoke Newington, building which has been a decade-long project, to discuss some of the work in the shows.

PCK: What’s your overall aim in these shows?

Rana Begum: They explore how light, form and colour come together – in different ways, depending on the material and the idea… As with all my shows, it’s important that the work embodies change through how its appearance changes due to light or as the viewer moves around or through it.

PCK: You are orchestrating works, some very large, that respond to the two sites and to each other. Are you aiming for a particular mood?

Rana Begum: I guess it is a positive, uplifting experience of colour and movement, reflective of what we’re all craving for coming out of a pandemic. But I was thinking more about how to deal with the scale and how to curate a narrative in the space, such as by placing the hard-edged reflector works opposite the softness of the big painting. That shows some of what I’m juggling in the studio. 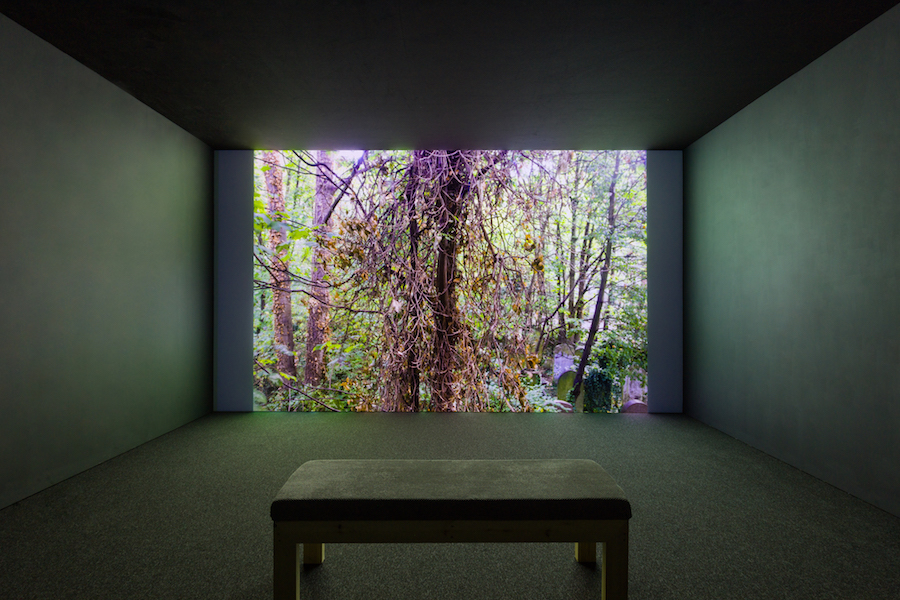 PCK: You’re showing your first film. What led to that?

Rana Begum: It came out of lockdown watercolours I made of views out of the window of my flat, which overlooks Abney Park Cemetery in Stoke Newington. I then started photographing moments in the day, as recorded in my alternative Instagram account @ranabegum_lightstudies. You are encased in a kind of forest, and you see this incredible change and movement of light – daily, and then monthly and yearly. It’s made up of stills taken every hour of the year with daylight, stretched across a 37-minute film. It is projected in a separate room at full height, so it replicates the experience of standing before the large window so that the viewer experiences the full effect of the change.

PCK: It looks as if it’s breathing?

RB: Yes, there is a life to it. Sometimes the light is left on in the hallway, and that’s reflected in the window: I like how the general activity in the space comes through.

PCK: Did you have to discipline yourself to take a photograph hourly, as Tehching Hsieh did for his One Year Performance1980-1981 when he punched a timeclock and took a self-portrait on the hour, day and night for a whole year? 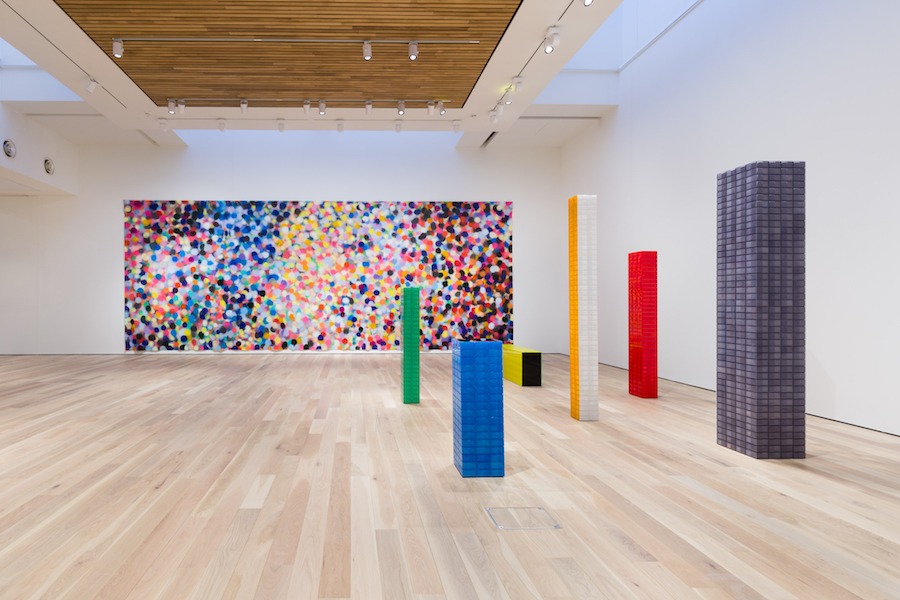 PCK: No. 1079 Painting Large really is large, encompassing a whole internal wall of colourful splotches. How did that language develop?

RB: Each time we start a body of work, we have to check the spray cans of paint we use, so that forms a mark on a piece of paper. That accidental by-product fed into a more deliberate imitation of the process on canvas, in which your entire perspective is taken up as you stand in front of it, and the repetition allows an idea of the infinite. That came from a dialogue between me and my team: I have an idea of the colour palette, and that’s the main direction for them to ‘spray without thinking’. It’s one huge piece of canvas fitted to the structure of the room. Even if you stand still, the way the colours are applied does lead to a sense of movement. It’s part of a gradual shift that’s creeping in towards work that’s more organic, with more flow and movement to it – sort of less controlling than the geometry. At the Mead Gallery, there’s natural light above through a skylight. Pitzhanger Manor will have a similar painting but responding to a space without natural light. 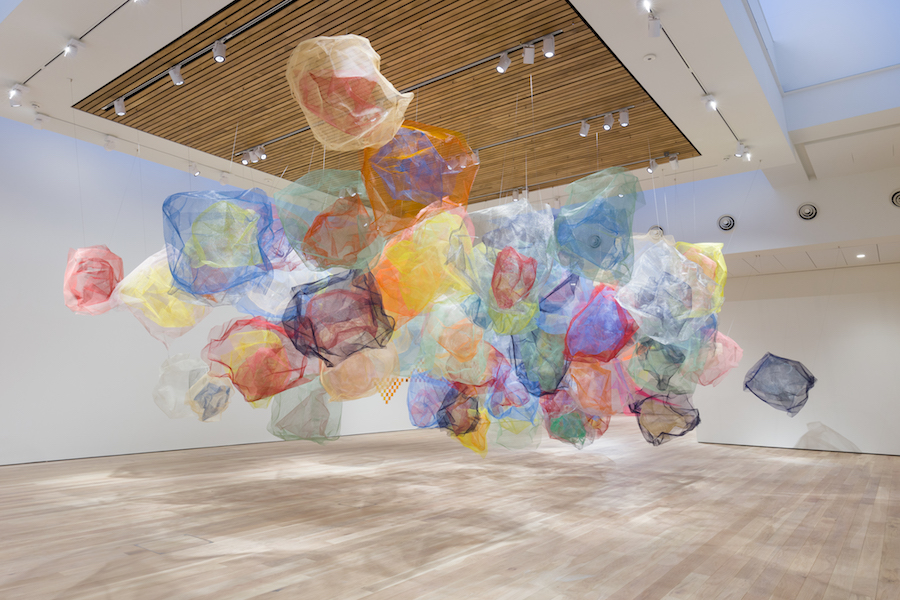 PCK: Does that relate to the cloud of mesh that also makes the most of the scale available in the Mead Gallery?

RB: It does: I wanted to bring that to life in three dimensions, so there is form, structure, movement, and also transparency. I wanted to see how it could shift as the viewer walks around and through the work. There’s a static element to it, but it’s activated by people moving and by how it connects to the space.

PCK: Can we read your Bangladeshi background into the work?

RB: I came to the UK from Bangladesh when I was eight. I feel very fortunate to have grown up having exposure to two cultures which contrast so completely. Despite my efforts to keep my work free from cultural comment and reference, I think that is naturally made manifest. I find myself turning to the intricate forms of Islamic art and architecture, with its bright colours and repetition. Having a strict Muslim upbringing, the rhythm and repetition of praying five times a day and reading the Quran was instilled from a young age. This rhythm has worked its way into my working process. However, I think it’s important to remember that my work isn’t about religion, culture, gender or politics. Rather it is a visual universal language that everyone can relate to and understand. This is one of the reasons that the works are titled by number – I don’t wish to dictate how the viewer should interpret the work. I prefer that they find their own meaning, their own kind of connection with it.