William Hood, when writing of Fra Angelico at San Marco, noted that the ‘translucent surfaces’ of the architecture ‘shimmer in the soft currents of light gliding over from just outside’. It is, he said, ‘like looking at nature reflected in a pearl’.

Polidori has returned to the subject of the room as a container of memory or metaphor for inner emotional states.

Fra Angelico’s was a contemplative art in a contemplative space. Although his art was revolutionary, transforming western art with his new realism, this was a quiet revolution; one that was constructed through the creation of aids to meditation for monks in the private space of their individual cells. Fra Angelico’s simple devotional images enabled each brother inhabiting a cell to continually have before his eyes a vivid reminder of an event from the life of Christ. As Fra Angelico was one of the world’s great colourists, these, in Hood’s words, ‘show the world in the lambent freshness of sunrise.’

To invite Robert Polidori to photograph the restored frescoed interiors in the 15th Century San Marco Convent, as well as the building itself (renovated at the time of Fra Angelico by the patron of the Dominican order, Cosimo de Medici) was an inspired choice, as he believes that rooms act as vessels of memory. As an acclaimed photographer of human habitats, interior spaces and urban environments, his images reflect on notions of memory and history embedded within architecture.

While living in Paris in the early 1980s, he began documenting the restoration of Versailles and has continued over 30 years to photograph the on-going changes to its interior. He has gone on to photograph the crumbling majesty of mansions in Havana, Cuba; the deserted ruins of the 1986 Chernobyl nuclear disaster in Pripyat and Chernobyl; and in 2005, travelled to New Orleans to record the abandoned homes and devastation caused by Hurricane Katrina.

Polidori has returned to the subject of the room as a container of memory or metaphor for inner emotional states. Considering the design of the interior as an exteriorization of identity, Polidori refers both to the psychic signature of former inhabitants (here, the former brothers) and to broader themes of value, conservation and re-construction – of what is saved, and what is made new – both in relation to the creation of the frescoes between 1439 and 1444 and their recent restoration. 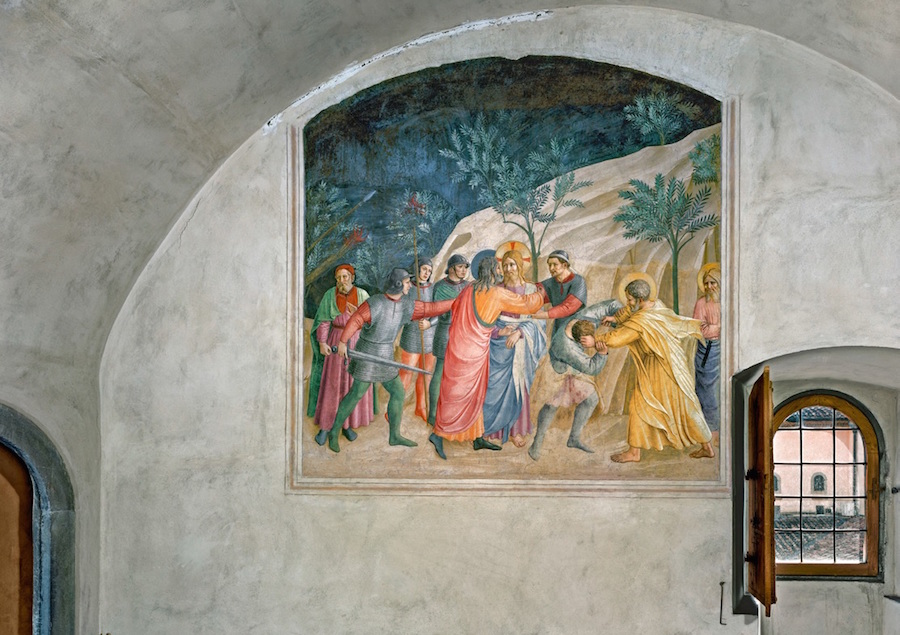 Polidori visited the Convento di San Marco several times throughout 2010 to capture the solemnity and sheer force of the frescoes which extend beyond literal storytelling. The frescoes bring the viewer into contact with the incidents of the life of Christ in the context of a new-born psychological and subjective interpretation and, in this way, reflect the universal condition of humankind. This altered manner of devotion and contemplation, which shifts into the metaphysical realm, lies at the root of the changes in faith and understanding that were to follow during the span of the reawakening in the Renaissance.

The San Marco cells, initially hidden from public view because of monastic vows of seclusion, reveal the secret joy of the painter-friar in creating figures of purity to move his fellow friars to meditation and prayer. Through his own excavation of the psychological structure of these rooms, Polidori’s images explore the connection between the calm interior spaces of the monk’s cells and the spiritual charge of Fra Angelico’s striking masterworks, designed to augment meditation and prayer. 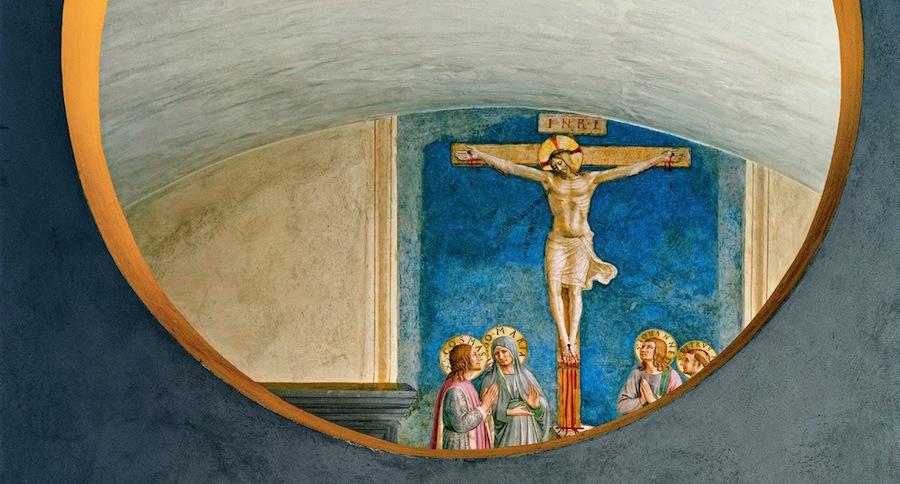 Created with long exposures and using natural light, this series of photographs Fra Angelico/Opus Operantis present what Polidari has described as an idealized view of time and place as it exists in the mind’s eye, delivering images that invoke stillness and contemplation through their detailed command of colour, texture, light and shade. In this way, his images mirror the contemplative nature of the San Marco frescoes, whether those designed for communal contemplation or those for private meditation in the individual cells.

In contemplation, the soul is continuously drawn back to its beginning and Fra Angelico, by abstracting all but the essential central image, similarly makes the eye travel through a curve of space to return endlessly to its starting point. By mirroring the shapes of these frescoes in the surrounding architecture or by framing the frescoes through roundels, Polidori creates an equivalent effect enabling the architectural detailing of his images to enhance the harmonious integration of the frescoes in these spaces. 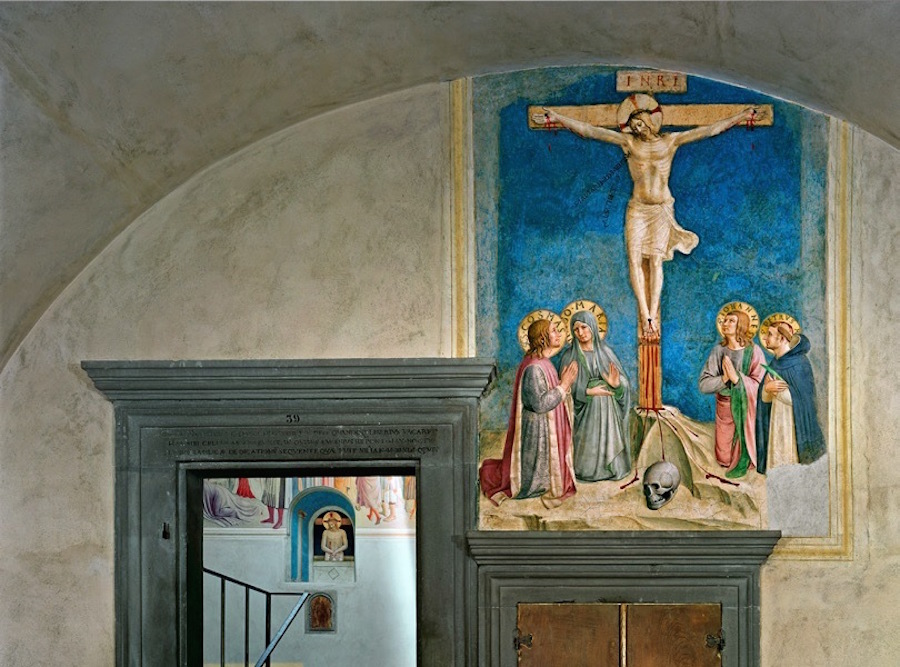 Fra Angelico used impressions of volume to define figures, as well as linear perspective to define space in his contemplative art. The smooth, flowing lines of the arches in Polidori’s images shape space in the vaults creating alternating soft currents of light and shade that shimmer over translucent surfaces and reflective colours. The world shown in ‘the lambent freshness of sunrise’; indeed ‘nature reflected in a pearl’.