Interview with Artist Sarah Maple: Thankfully this interview series isn’t expected to run with the regularity of the schedule of the Japanese bullet train between Tokyo and Hakata, so here is my leisurely delivery of the next instalment, thanks to the wonder of zoom and not the ability of my artificially unintelligent auto transcribe software, which means you’ll have to shut your eyes, crack open some snacking cornichons and listen for around 38 minutes to the interview and can only get your reading fix, via this word count restricted intro.

Speaking of multiple avenues of delivery, I’d like to introduce you to the recipient of my questions formally. Artist Sarah Maple, a multidisciplinary practitioner, who throughout her 15-year expedition through the art world has spider-webbed between painting, performance art, photography, video art and satire (most recently playing a version of herself opposite David Tenant on Sky Arts), without taking her foot off the accelerator nor slowing down the strength of her messages, delivered with ⅓ radicalism ⅓ humour, and ⅓ technical sophistication which enables her own unique concoctions. 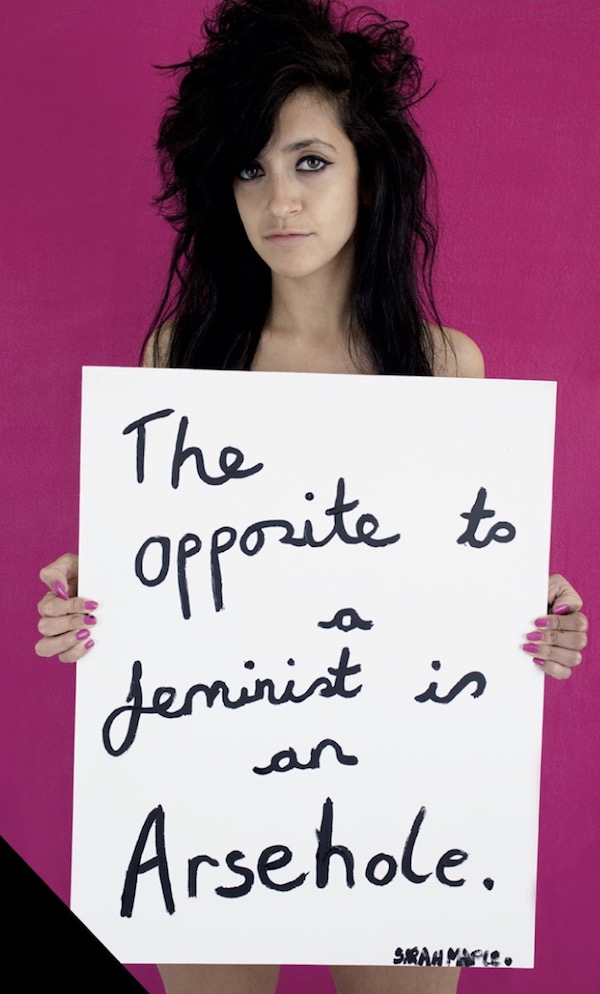 ‘The Opposite of a Feminist’ Sarah Maple

Her current show with Stuart Semple (The Willy Wonker of paint and beyond) at his new snazzy space, Giant, in Bournemouth, is part retrospective, part glance back at her own body of work, through the prism of specifically Feminism. The title is a part quote from one of her own provocative works, “The Opposite of a Feminist” (is an Arsehole), which certainly could shift a few bumper stickers and the aftermath would at least be interesting insightful and revelatory. Turning heads and starting conversations is a goal she relishes in her work, to initiate important dialogue about Feminism, equality, and compassion for everyone; however, never preaching this message from a pulpit or with the kind of dogmatism that shuts down any future exchange. Zoning in an early painting from 2010, We see Mrs Spears shaving her head, mirroring the composition of Frida Kahlo’s famous self-portrait, a powerful statement piece when Frido dished it out in 1940, but none of that potency in Maples version has been eradicated but only grows with its relevance to Britney’s act of shaving her head, many pre-conservatorship moons ago, Samson choosing to remove his strength, Britney trying to take back control of her beauty by attempting to remove it. However, both were hubristic, Samson needed his strength and Britney just made the Paparazzi (the Italian word for Mosquito) even more hungry for her haloed image; the worse, the better the rest is real-time history.

Sarah Marple enjoys referencing the sometimes familiar by placing essential questions within this context to elevate the significance and urgency of the queries she raises, often the role of women and how marginalised they are, being at the core of her inquiry. This methodological approach effectively allows humour always to be the stream her provocative boat floats on, which provides a pleasant journey for all.

Britney featured quite heavily, momentarily, in our chat and reached no fixed conclusion. However, It was decided that Samantha’s absence from “Sex in the City” is akin to Keith Richards being excluded from Touring with the Stones for any reason other than death or severe health issues.

Other vital concerns were flagged, such as guilt, the guilt the artist experiences when they haven’t created for a while, namely a painting, Sarah’s place she said felt the most belonging, and even misses the smell of the studio. Last but not least, we shared some of our favourite comedy recommendations, which started with a discussion about our favourite episodes from “Toast of London”, Matt Berry’s Soho dwelling Jobbing actor. He seems to be the perfect balance of absurd and incredible with every elongated syllable. 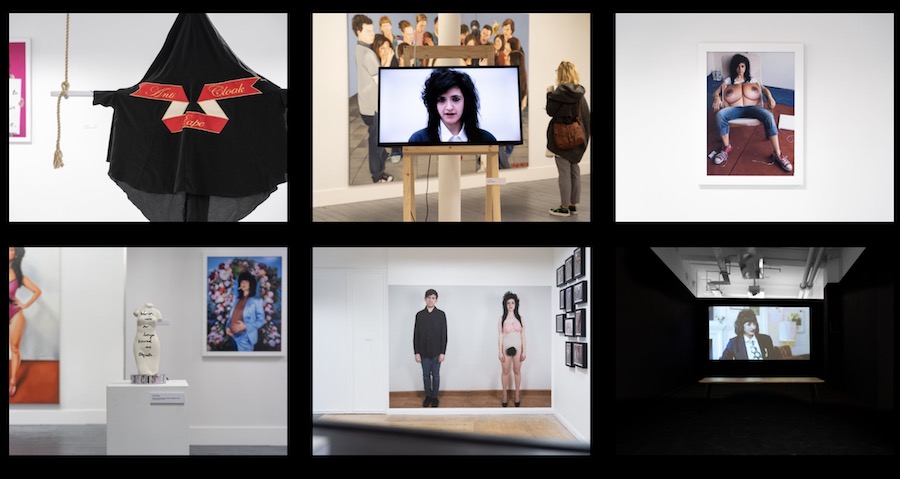 The curatorial process at Giant has hinged on the theme of Feminism and traces this modus operandi back across the breadth of her career and thankfully runs for an excellent period, until Valentine’s day, which hopefully isn’t cancelled as well, again. In light of circumstances, I’ve reached my word count but wish you the best possible end to 2021.