At this time of year, we get a lot of lists. Lists, in particular, of the most expensive ‘contemporary artists’. One striking thing about these lists is that the artists whose names appear on these lists are almost invariably dead. Furthermore, the names generally have nothing to tell one about what is currently happening in art. Jean-Michel Basquiat, a recent sensational entry to this stratospheric sphere, died in 1988. That’s right – thirty years ago.

Look at the work, and it reliably delivers something to you – ELS

This set me to wondering about artists who might be living and working right now, but who might perhaps have an even greater claim to universality than those safely entombed in Christie’s and Sotheby’s auction catalogues.

One name immediately sprang to mind – that of the born Irish, once British, now American painter Sean Scully. It helps, of course, that Scully is an abstract artist. Which means that his audience doesn’t need to get entangled with explanations. The basic presumption is that you – his audience – look at the work, and it reliably delivers something to you. You do not need to be told what to think or feel – the expectation is that you can do that for yourself.

In his case, as the attached list of his exhibitions planned for this year seems to demonstrate, the presumption works pretty well in a wide spectrum of cultural situations.

Sean Scully was born in Dublin in 1945 and was brought up in London and immigrated to the States in 1975. He currently lives and works in New York and also has a studio outside Munich. He studied painting at the Croydon College of Art (London) and Newcastle University (England), received a Graduate Fellowship at Harvard University in 1973, a Guggenheim Fellowship in 1983, and Honorary Degrees, Doctorate of Fine Arts from The Massachusetts College of Art (Boston) and the National University of Ireland (Dublin). He has been the Turner Prize nominee at Tate London twice, in 1989 and 1993. 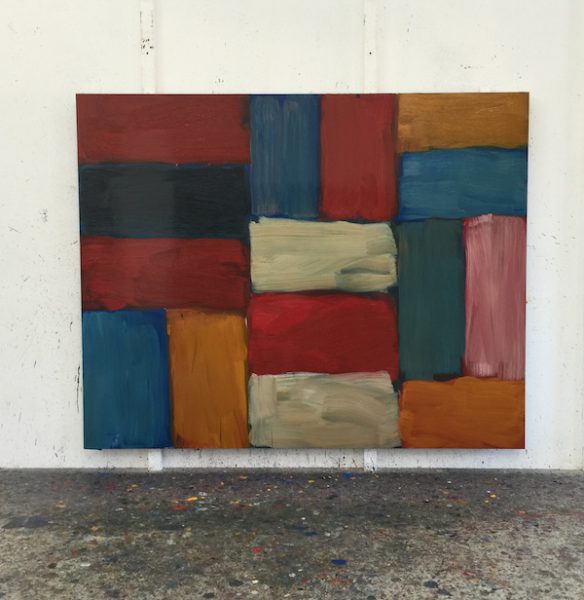