Imagine in 1988 the public furore if the Tate had hosted an exhibition of queer British art – marking the 21st anniversary of the 1967 Sexual Offences Act, which decriminalised private homosexual acts between men over 21 in England and Wales. To give it context, that same year witnessed parliament enacting the notorious Clause 28, which stated that a local authority “shall not intentionally promote homosexuality” or “promote the teaching in any maintained school of the acceptability of homosexuality as a pretended family relationship.”

“I am the love that dare not speak its name.” Lord Alfred Douglas from poem Two Loves

Visualise instead 2017 and the public celebration of Tate Britain launching ‘Queer British Art’ – commemorating the 50th anniversary of the same 1967 Sexual Offences Act, presenting work from the time of the abolition of the death penalty for sodomy in 1861, to the passing of the Sexual Offences Act in 1967. Here we are just a generation later with one of our great British institutions, partially funded by the government, hosting a public exhibition featuring works relating to lesbian, gay, bisexual, transgender and queer identities. 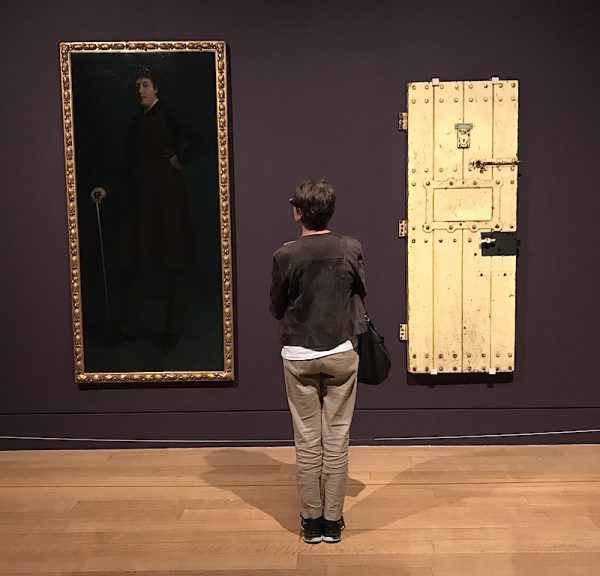 Oscar Wilde Portrait and Door to his cell at Reading Gaol

The establishment is finally jumping on the gay bandwagon and the Tate is not alone. The National Trust kicked off 2017 with its Prejudice and Pride programme exploring LGBTQ history in its properties, and next month the British Museum launches Desire, love, identity: exploring LGBTQ histories. Even Oxford and Cambridge universities have recently become enlightened; with Cambridge’s Faculty of Classics showcasing Ela Xora’s, Unmasking Ancient Deities and Intersex Identities; and Oxford’s Ashmolean Museum opening its doors and collection with Out in Oxford, inviting the public to discover LGBTI figures and religious deities in Western culture.

But it is dear old Tate Britain that has really taken this long overdue gay milestone to heart; by literally raising the rainbow flag over its roof, heralding the first UK show to focus exclusively on queer British art. Being held in tandem with a major exhibition of the country’s foremost gay artist David Hockney, it is also partnering with Pride in London, and will officially launch the two-week Pride Festival at Tate Britain on Saturday 24 June.

The general press consensus for ‘Queer British Art’ has been overwhelmingly positive. But whatever the art critics think of the artistic content of this exhibition, its real importance and necessity lie in the establishment’s explicit support of the gay community, especially in the context of escalating homophobic atrocities across the globe. This week it has been reported that Chechnya has opened concentration camps for homosexuals – a Chechen government spokesperson chillingly denying the existence of gay people in Chechnya, saying, “You cannot arrest or repress people who just don’t exist in the republic.” My husband commented sadly “as long as gay people are rounded up and killed, thrown off buildings and pelted with rocks, exhibitions of this kind are paramount. 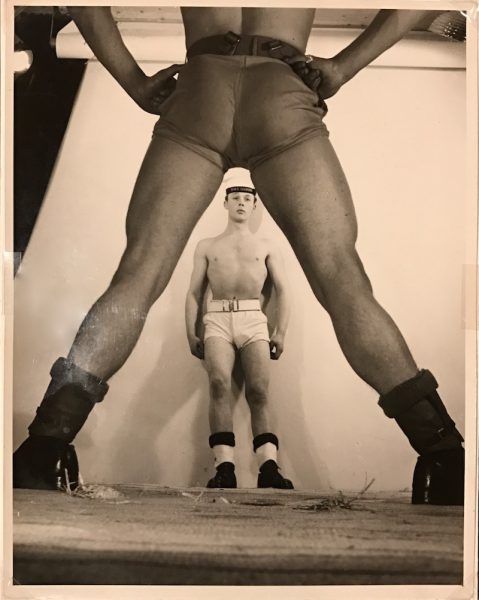 I was born in 1965 when it was still illegal to be homosexual in Great Britain, so these recent homophobic developments strike a deeply disturbing chord in me. Even though the 1967 Sexual Offences Act marked a revolutionary moment for homosexuals in England and Wales, the enduring stigma associated with homosexuality meant that during my youth it still felt unimaginable to contemplate a gay life. Indeed it took until 1980, the year my husband was born, for the law to be changed in Scotland and until 1982 in Northern Ireland. Not that he had it any easier, the 80s and 90’s were characterised by discrimination and homophobia fuelled by the AIDS crisis and Clause 28. Therefore I for one am jumping for joy that a show of this kind is even happening. So yesterday morning, walking proudly hand in hand and with a degree of reverence, my husband and I ascended the imposing steps of the high altar of British art – Tate Britain – to see ‘Queer British Art 1861–1967’.

“For me, to use the word ‘queer’ is a liberation, it was a word that frightened me, but no longer.” – Derek Jarman

Filmmaker Derek Jarman’s defiant words introduce the exhibition: “For me, to use the word ‘queer’ is a liberation, it was a word that frightened me, but no longer.” The initial melancholic rooms expose the ‘Coded Desires’ of aristocratic Victorian society – Frederic Leighton’s tantalising male nude The Sluggard is particularly compelling. However, the most poignant item on display is the Marquess of Queensberry’s’ calling card, inscribed “For Oscar Wilde, posing sodomite” [sic], which led to Wilde’s infamous trial. Nearby a full-length portrait of Oscar Wilde, proudly posing at the height of his fame, hangs alongside the original door from Wilde’s cell in Reading Gaol. Tragically it highlights the great Irish playwright’s fall from grace, and the indignity and suffering he was to endure having been sentenced to two-year’s hard labour for gross indecency. Whilst imprisoned at Reading, Wilde wrote his tortured letter De Profundis to ‘Bosie’ Lord Alfred Douglas, “Society, as we have constituted it, will have no place for me, has none to offer.” 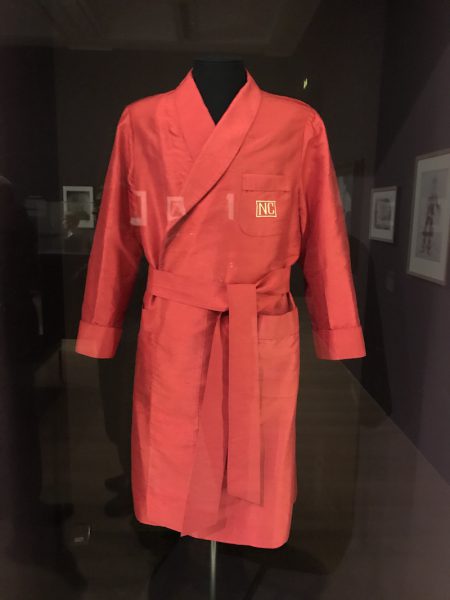 Nuggets of gay history are revealed, ‘Theatrical Types’ coming to life through personal memorabilia; Noel Coward’s monogrammed dressing gown; 1930s female impersonator Jimmy Slater’s pink wig; Oliver Messel’s Oscar-nominated set designs for Suddenly Last Summer. Pastel shades lift the mood in the light airy rooms devoted to ‘Bloomsbury and Beyond’, Gluck’s defiant self-portrait symbolising “a generation of artists and sitters exploring, confronting and coming to terms with themselves and their desires”. Antics are referenced, the legendary Vita Sackville-West ‘Defying Convention’ by adopting a male persona ‘Julian’, allowing her and her lover Violet Trefusis to pose as a married couple.

Queer icons ‘Hockney/Bacon’ conclude the exhibition, but an even more uplifting way to end is to head directly into David Hockney’s Retrospective. Surrounded by Hockney’s colour drenched canvases depicting a homosexual life lived openly, the chitchat of the enormous crowd struck me. Young and old alike, they were enthusiastically engaging with one of the world’s most famous and well-respected artists, and all through his queer British art.

Well done Tate Britain for leading the way, can we look forward to a sequel exhibition featuring LGBTQI art from 1967 to the present day?