Summer has finally arrived in the UK so if you’re planning on heading outside of London, Artlyst has put together a list of twelve exhibitions to see around the UK. Don’t miss the Keith Haring extravaganza at Tate Liverpool; major sculpture exhibitions at Yorkshire Sculpture Park including David Smith and Damien Hirst as part of Yorkshire Sculpture International; seaside photography at Turner Contemporary and painting shows galore from early 20th century masters such as Vuillard to contemporary giants Bridget Riley and Paula Rego and historical exhibitions such as Last Supper in Pompeii at the Ashmolean.

This comprehensive exhibition will be the first museum survey of Riley’s work to be held in the UK for 16 years, and the largest exhibition of her work to be shown in Scotland. Spanning over 70 years of work, it will place particular emphasis on the origins of Riley’s practice and will trace pivotal moments across her acclaimed career. It will feature early paintings and drawings, iconic black-and-white works of the 1960s, Riley’s expansive explorations into colour, wall paintings and recent works, as well as studies that reveal Riley’s working methods. 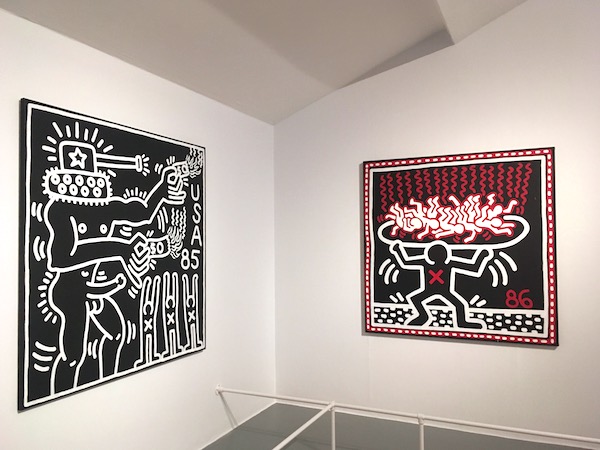 Featuring more than 85 artworks by Keith Haring (1958–1990) who was a significant part of the legendary New York art scene of the 1980s. His work was inspired by graffiti, pop art and underground club culture and responded to urgent issues including political dictatorship, racism, homophobia, drug addiction, AIDS awareness, capitalism and the environment. The exhibition includes large, vibrant paintings and drawings, posters, photographs, and videos that capture the vibrancy of 1980s New York street culture.
£12.50 / FREE for Members 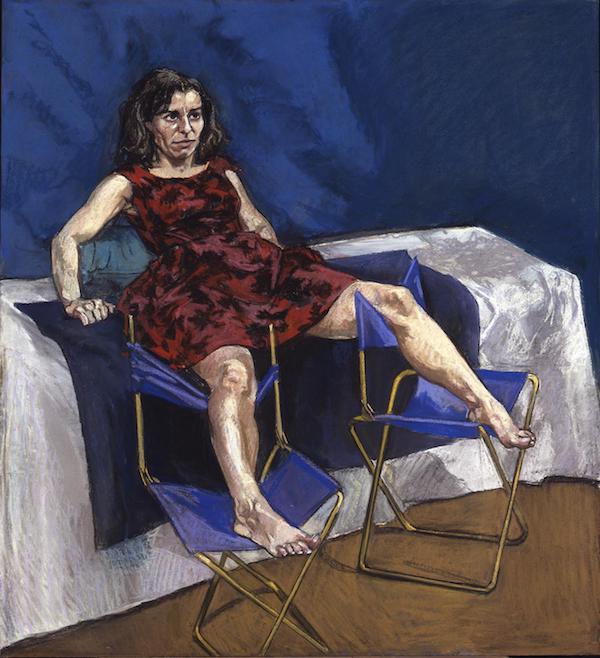 Showing works spanning her entire career since the 1960s, this is the first major retrospective of Rego’s work in England for over 20 years. The exhibition includes previously unseen paintings and works on paper from the artist’s family and close friends, which reflect Rego’s perspective as a woman immersed in urgent social issues and current affairs.

The selection of works focuses on the moral challenges to humanity, particularly in the face of violence, gender discrimination and political tyranny. There are paintings and etchings related to children sold into slavery in North Africa (1996-98), abortion (1998-2000) and female genital mutilation (from 2009). Many of the images begin with the artist’s Portuguese roots and childhood experiences or respond to current affairs.
£9.35 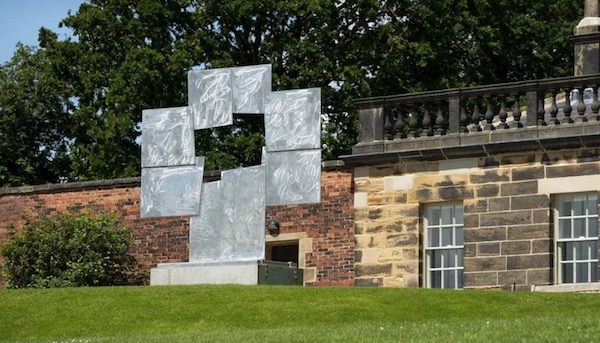 Widely hailed as one of the 20th century’s outstanding sculptors, this is the first solo exhibition of Smith’s work in the UK since Tate Modern’s 2006 project and the largest ever outside the capital. This landmark exhibition charts the development of Smith’s unique visual language over four decades, crucially bringing together a number of his sculptures in the open-air that are rarely seen in this way outside the USA. Within the Underground Gallery over 30 sculptures trace an unfolding narrative of material, technique and form. Beginning with Smith’s earliest constructions from the 1930s that combine wood with elements including mussel and clam shells, wire and nails, the exhibition spans work through to the artist’s mature, bold, large-scale painted and stainless steel sculptures of the 1960s. 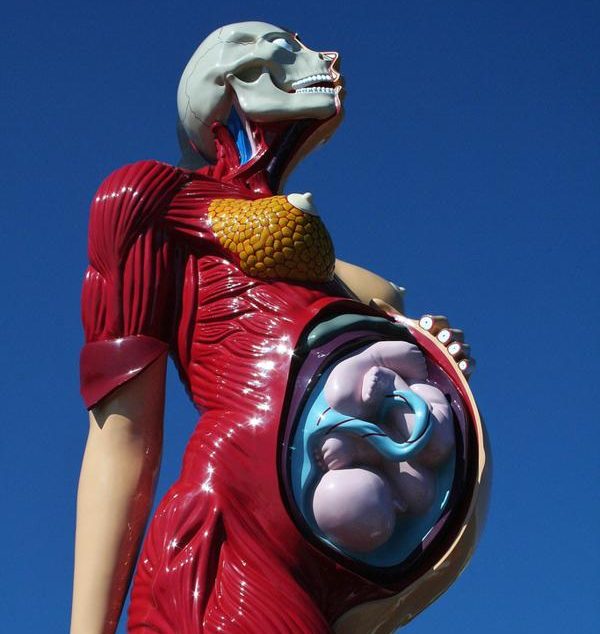 This summer Yorkshire Sculpture International (YSI) will present seven major sculptures by Damien Hirst as part of the inaugural edition of the festival taking place across Leeds and Wakefield from 22 June until 29 September 2019. Works will be shown outdoors in Leeds city centre, at Leeds Art Gallery and at Yorkshire Sculpture Park

Free – you only need to pay for parking 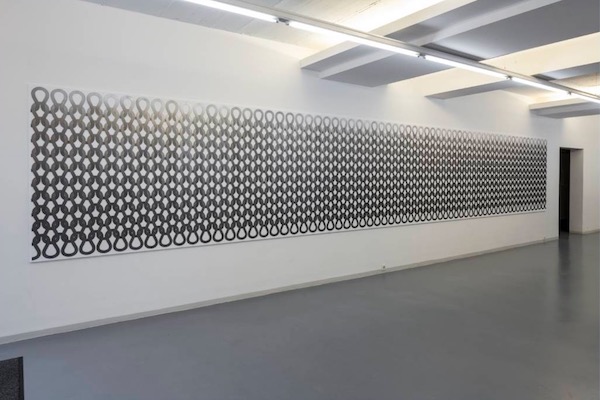 Material Encounters part of Yorkshire Sculpture International
Hepworth Wakefield
22 June – 28 September 2019
Every aspect of our daily lives is shaped by encounters with the material world – from domestic objects to the architecture of the spaces in which we live and work, the clothes that we wear and the digital platforms with which we engage. We respond to the particular materials and associations that form these encounters.

All the artists selected examine the world through a material lens. Language, information and bodily experience are translated into sculptural forms. On display are works by both winners of The Hepworth Prize for Sculpture – Helen Marten (2016) and Cerith Wyn Evans (2018) – as well as work by artists including Lynda Benglis, Alexandra Bircken and Magali Reus who have had major solo exhibitions at The Hepworth Wakefield.
FREE 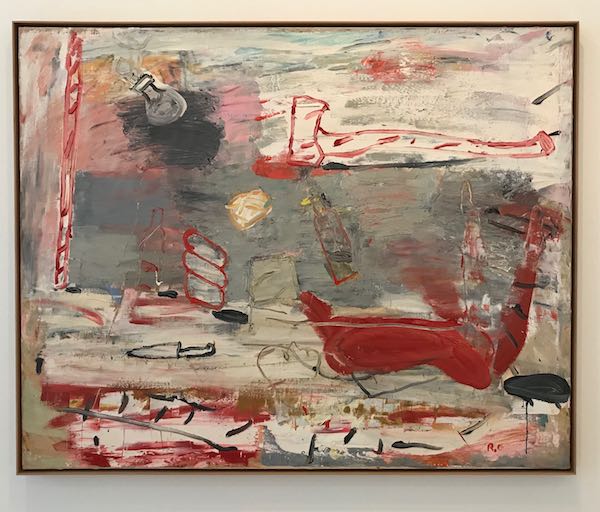 Roy Oxlade/Tal R/David Bomberg
Hastings Contemporary
6 July – 6 October 2019
The first major public gallery exhibition of British artist Roy Oxlade (1929-2014). Roy Oxlade was an artist, art writer and highly influential teacher. Oxlade’s approach to painting was energetic, bold and instinctive and he was well known for his powerful use of colour.

Roy Oxlade: Shine Out Fair Sun features work from the 60 years of Oxlade’s artistic output, including some of his earliest paintings produced in the 1950s while studying as a student of David Bomberg, alongside Frank Auerbach and Leon Kossoff. This exhibition gives visitors the opportunity to encounter an extraordinary and previously overlooked artist’s vision that impressed many of his own students and contemporaries.
There is also the opportunity to see Oxlade’s early work alongside his teacher at Borough Poly, David Bomberg.
Also on show is Tal R: eventually all museums will be ships.
Tal R (b.1967), an Israeli-born Danish artist based in Copenhagen, is one of the most important contemporary artists working today. Internationally renowned, Tal R presents paintings, drawings and sculpture in Hastings this summer, including new works that seem to echo Hastings Contemporary’s seaside context in this exhibition Tal R: eventually all museums will be ships.
£9 concessions apply 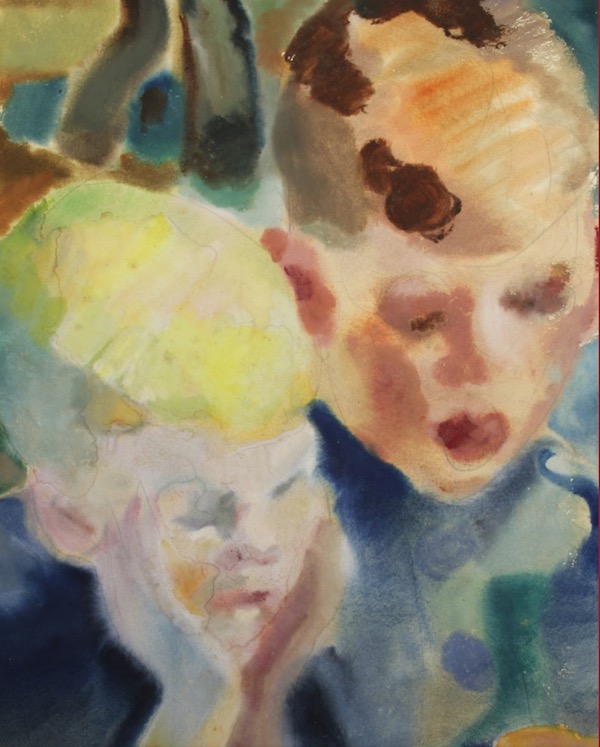 Grete Marks: An Intimate Portrait
Pallant House Gallery, Chichester
26 June – 27 October
Grete Marks – also known as Margret Marks or Margarete Heymann – was one of the earliest female students of the Bauhaus School. This exhibition celebrates a lesser known aspect of the artist’s creative practice through a series of intimate portrait paintings and drawings from the 1920s and 1930s. Marks is best known for founding the Hael-Werkstätten pottery in Germany – examples of which will also be included in the exhibition – and later for her ‘Grete Pottery’ created in the UK after emigrating in 1938.

The exhibition marks the centenary of the foundation of the Bauhaus in 1919.
Free 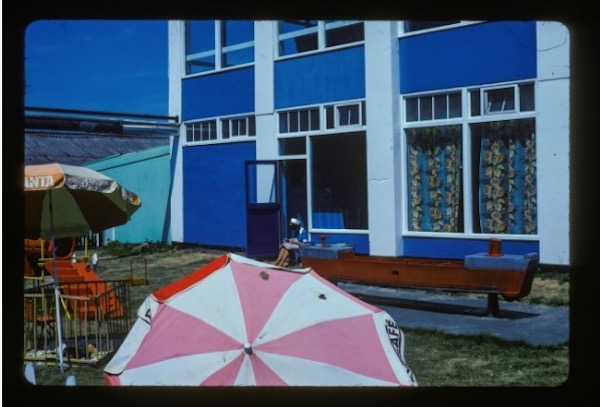 This major exhibition will examine the relationship between photographers, photography and the British seaside from the 1850s to the present. It is Turner Contemporary’s first ever photography exhibition. 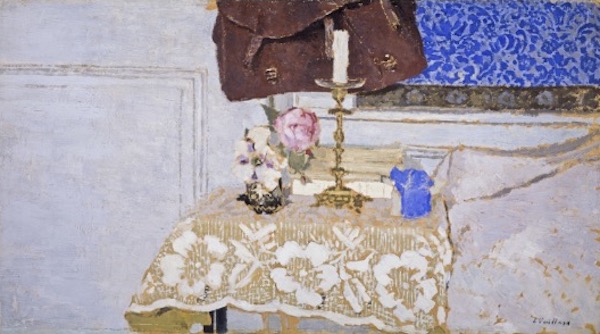 Vuillard: The Poetry of Everyday Life
The Holburne Museum, Bath
24 May – 15 September 2019

The Holburne presents an extensive exhibition of works by Édouard Vuillard (1868-1940), including many that are rarely publicly displayed. Vuillard was one of the leading figures in French art at the end of the 19th-century. Famed for his small, subtle studies mostly of figures in interiors, his art is renowned for its modest scale, intimate subject matter and intense colouring. We celebrate the unique qualities of his early work, from the 1890s, in which he balanced an obsession with patterned fabrics and wallpaper with subtle, domestic psycho-dramas to create paintings with striking emotional intensity.
£12.50 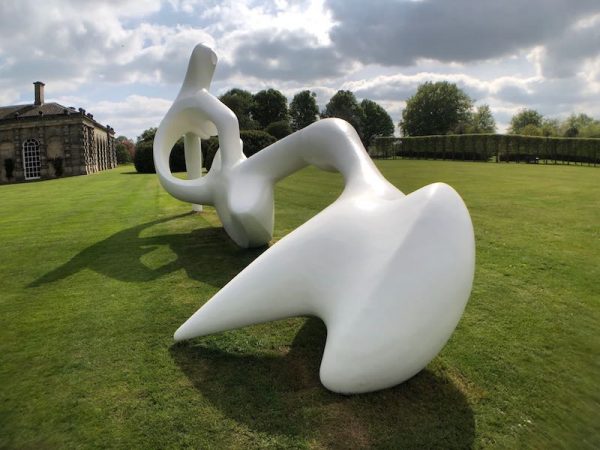 In a unique collaboration with the Henry Moore Foundation, Houghton Hall in Norfolk presents this major exhibition, the first significant show of the artist’s work in East Anglia.

Curated by Sebastiano Barassi, the Henry Moore Foundation’s Head of Collections & Exhibitions, the exhibition will include several monumental outdoor pieces in the grounds of the house, as well as a selection of smaller works, models and etchings, which will be shown in the ground floor gallery spaces. There will also be sculptural interventions in the State Rooms, particularly in The Stone Hall. Highlights include many of Moore’s most celebrated works such as Large Reclining Figure 1984, The Arch 1963-69, Three Piece Sculpture: Vertebrae 1968-69 and Upright Motive No.8 1955-56.
ADULT House, Gardens, Grounds & Exhibition £18 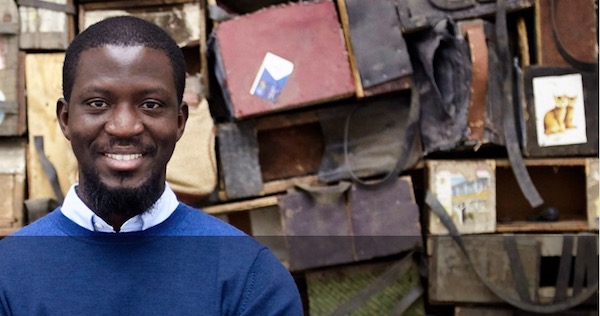 As part of the MIF19 (Manchester International Festival 2019), this major installation reflects on the half-forgotten history of Ibrahim Mahama’s home country: Ghana, whose journey from British colony to independent nation was completed barely 60 years ago.

The heart of Parliament of Ghosts is a haunting assemblage of lost objects, rescued and repurposed to form a vast parliamentary chamber in the heart of the Whitworth. Abandoned train seats and faded railway sleepers, scrapped school furniture and documents from governmental archives: Mahama lends powerful new context to this residue from a nation in transition. Also encompassing painting, sculpture, photography and film, Parliament of Ghosts beautifully evokes the histories and memories of a country and its people asserting their independence.
FREE 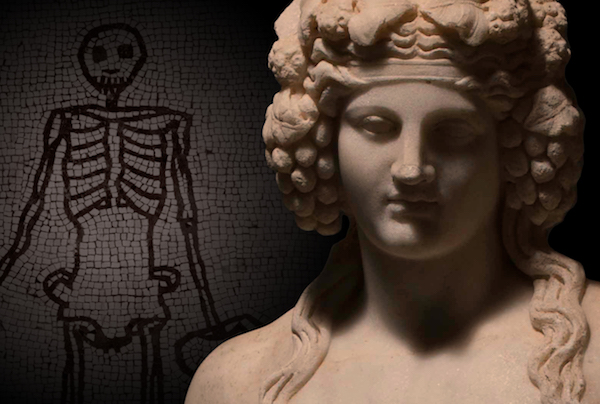 This major exhibition will tell the story of the ancient Roman city of Pompeii’s love affair with food and wine.

Located in the sunny paradise of southern Italy, Pompeii was sandwiched between lush vineyards and fertile plains to one side, and the bountiful waters of the Bay of Naples to the other. When the ash from Mount Vesuvius began raining down on Pompeii in AD 79, people were engaged in typical day to day activities: producing, buying and selling food and, most importantly, eating and drinking.

See over 400 rare objects, including fine masterpieces of Roman art which range from the luxury furnishings of Roman dining rooms to the carbonised food that was on the table when the volcano erupted. Everything from the exquisite mosaics and frescoes in the villas of the wealthy to the remains found in kitchen drains, show what the Pompeians loved to eat and drink. This remarkable exhibition provides an extraordinary insight into their everyday lives.
£12.25