With a feeling of nausea, only a few days after the closure of FRIEZE week, there are still endless words and images to digest.

DO NOT EAT …PUS or SEX WORK SELLS

More environmental, than sexual, a statement of large typography of Do Not Eat Octopus of Jeremy Deller at Modern Institute welcomed me as I entered the fair. I happened to start Preview day at SEX WORK, a special section devoted to the theme of sex. Short and to the point. Feminist Art & Radical Politics, curated by Alison Gingeras, highlighting feminist practice since the 1960s, and the galleries who supported them. 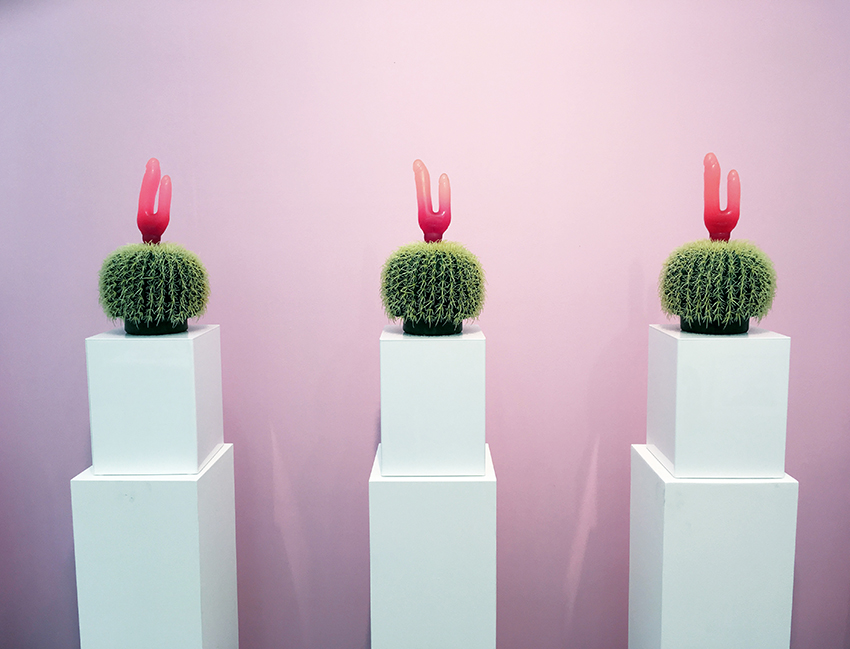 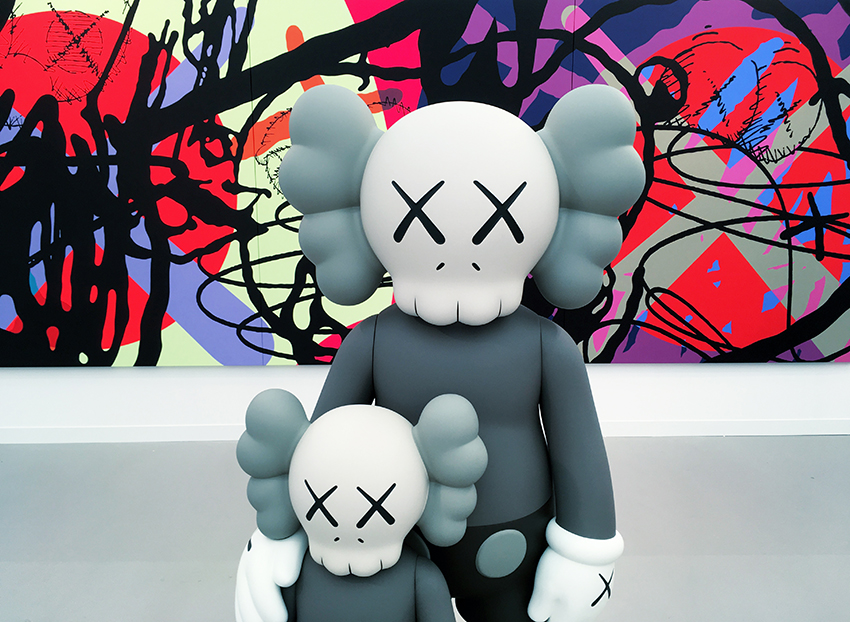 For the first time, a new series of bold, vibrant paintings, that we could associate with the contemporary art scion, was displayed by the American, multifaceted artist, KAWS (Brian Donnelly) among the monumental black cartoon-esque sculpture Final Days installed in the garden of FRIEZE Sculpture.
Within the pop art tradition, KAWS has gone from tagging freight trains and subverting billboards in Manhattan, to designing toys, clothing and 3D figures the size of a building. He has created a prolific body of influential work in the field of street art, design, graffiti, paintings and large-scale sculptures. 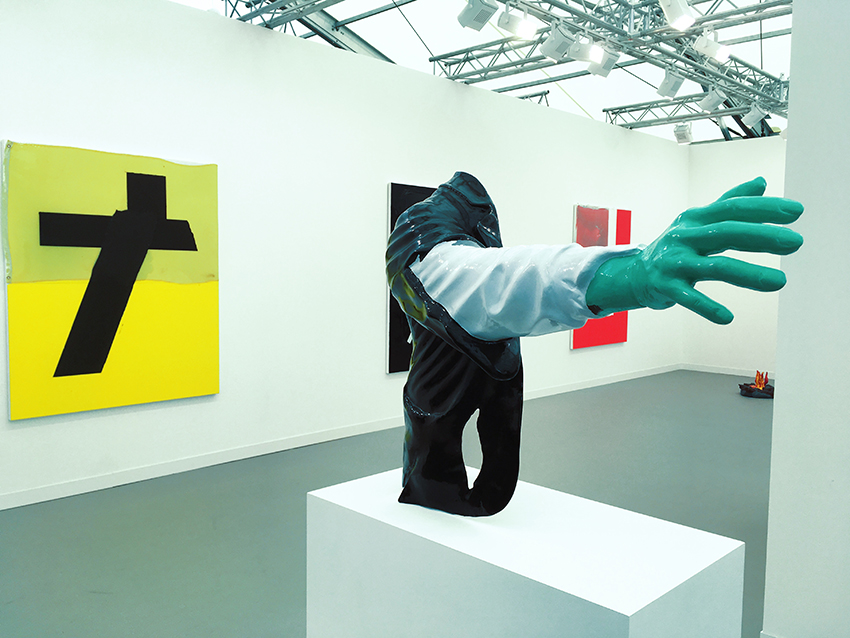 The first solo exhibition presented large size, bold coloured paintings with great graphic power reflecting the industrial manufacturing process. He used stencils to create compositions inspired by sigils, letters and in part signals employed in esoteric rituals. Instead of incorporating other materials into the surface, Boone employed resin as a medium and an adhesive cloth-like flag made from vinyl and nylon. 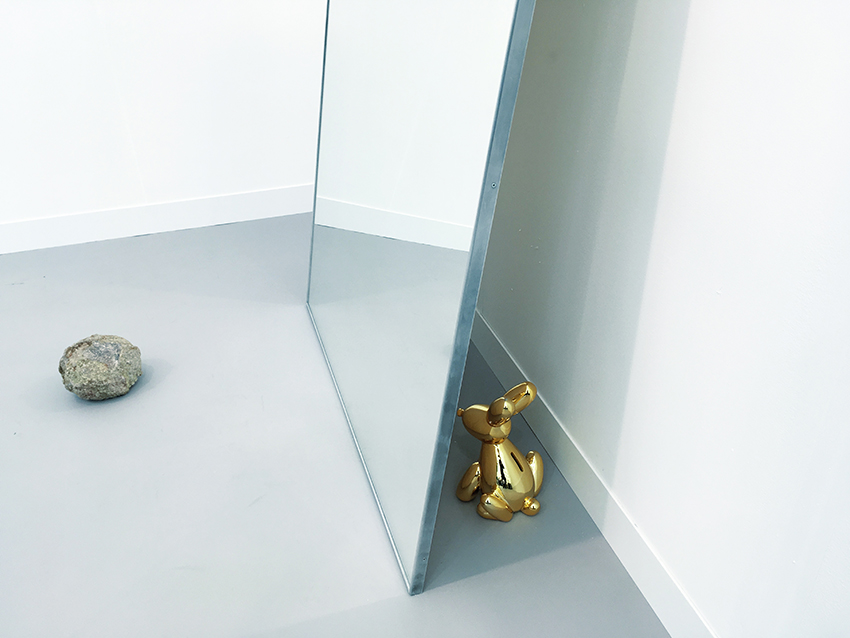 Imagination and amusement were immediately triggered by finding a golden bunny hiding behind a mirror at Franco Noero’s gallery. The work belongs to Darren Bader’s Rocks and Mirrors series. Bader is a consummate master of dead-pan ready-mades and a practitioner of juxtaposition. Reflections upon reflections, a surrealist meeting between a rock, a mirror and a golden bunny. 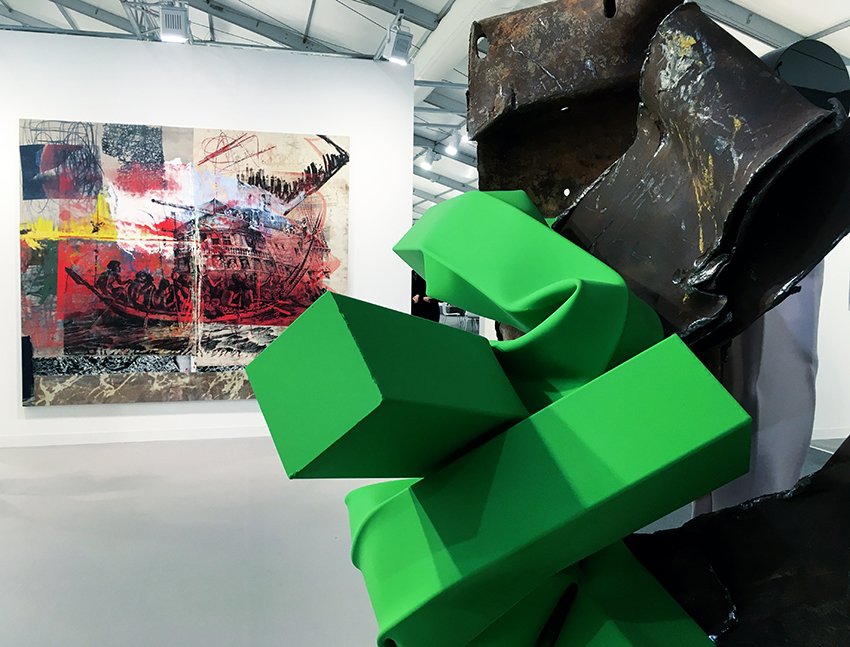 One of the greatest pieces of the fair was Carol Bove’s Eros sculpture, a twisted, bright green cuboid block, wrapped around raw, rusty, sharp edge metal, like a construction building or discarded squashed paper. 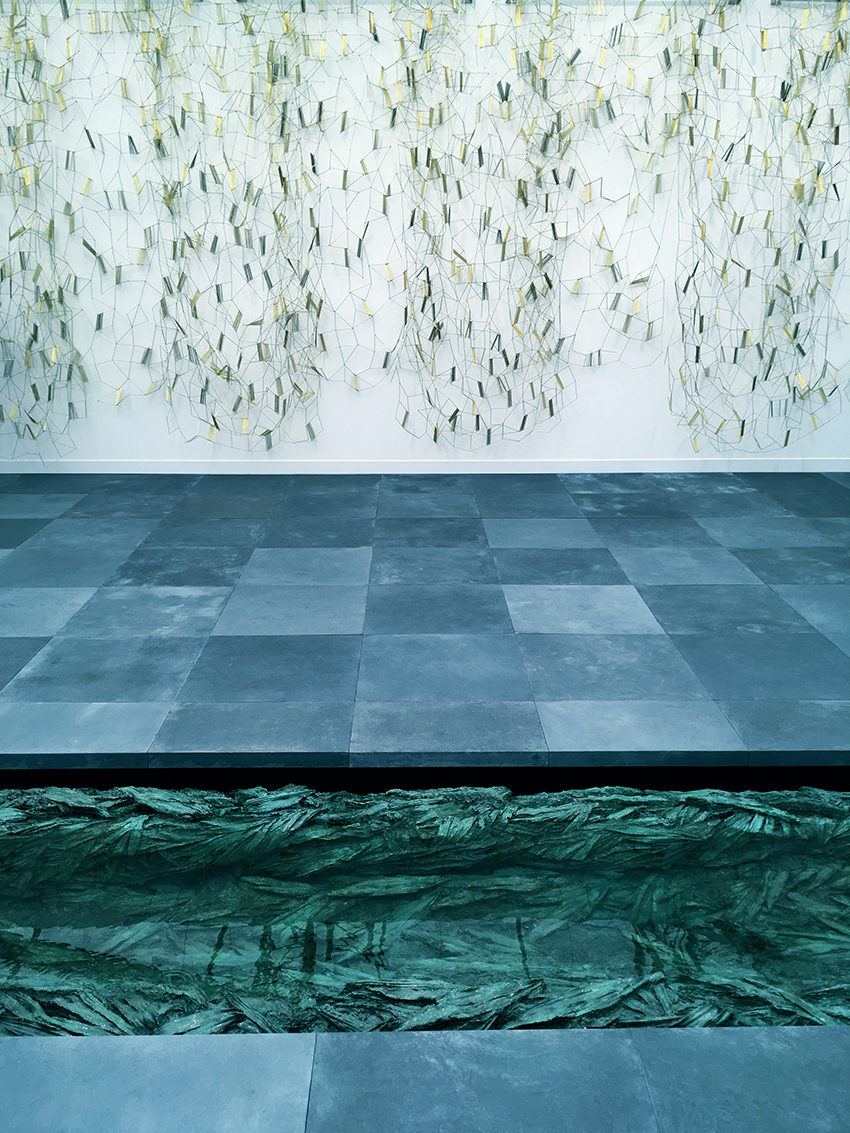 Iglesias challenged minimalist sculptures through immersive architectural installations. In front of the golden wall of Leonor Antunes, Beneath the Surface was sunken into the paved floor with a flowing fountain and green leafy forms, like vegetation on a river bed. Iglesias used resin, bronze powder, water and an electric motor to create the effect. The water first filled the pool before slowly ebbing away and filling it again like slow breathing. 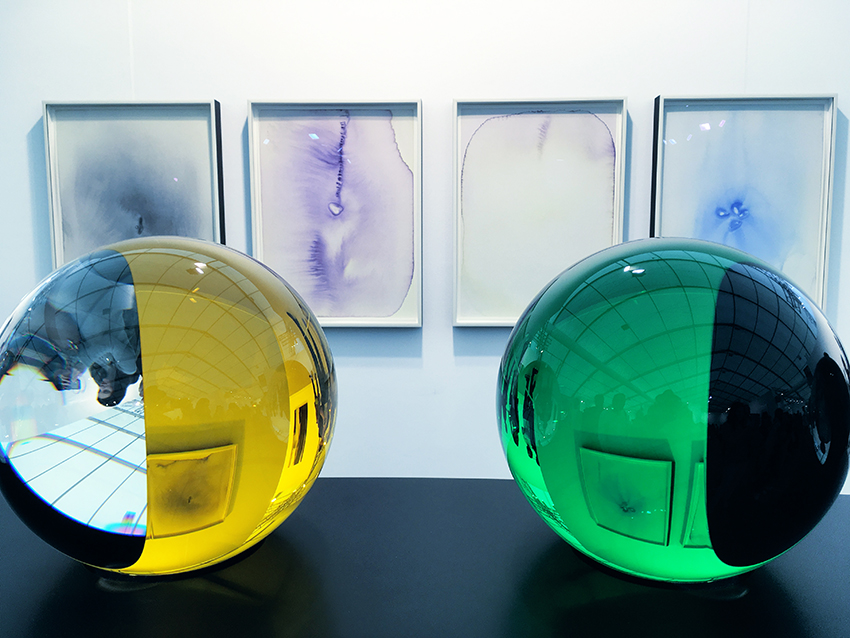 Some years ago Olafur Eliasson created a soothing sun at Tate Modern, and all his work possesses a similar chilling-exciting effect. Six coloured glass orbs sit on a black stand. Approaching them, they looked black from one side, but walking closer they magically revealed their colours. The images appeared upside down within the glass, but approaching them from the other side, the balls became clear glass. A magical change. A visionary. 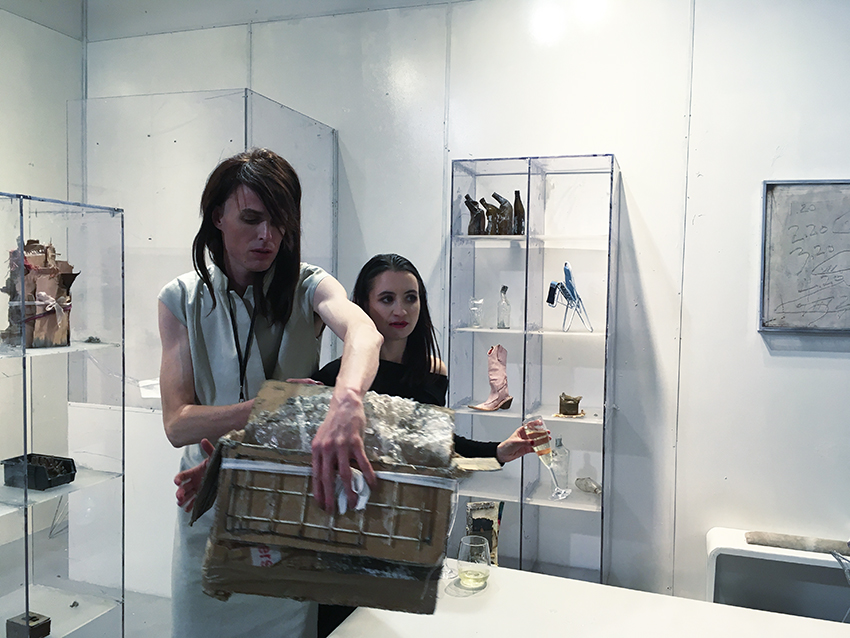 Like Hauser & Wirth, who created its own all-in-bronze museum piece, Union Pacific created their own universe, an amusing, little chaos on their stand in the FOCUS section.
A steel and perspex structure formed the basis of the installation. Strange objects were randomly displayed in cases, utilitarian materials, units within units for storage, an abstraction of a self-storage facility. The architecture of the installation is reminiscent of the public municipal sorting facility with contemporary design. The performance seemed like a bunch of badly behaved VIP crowd on champagne, however, it was all rather amusing among other routine-like art events. 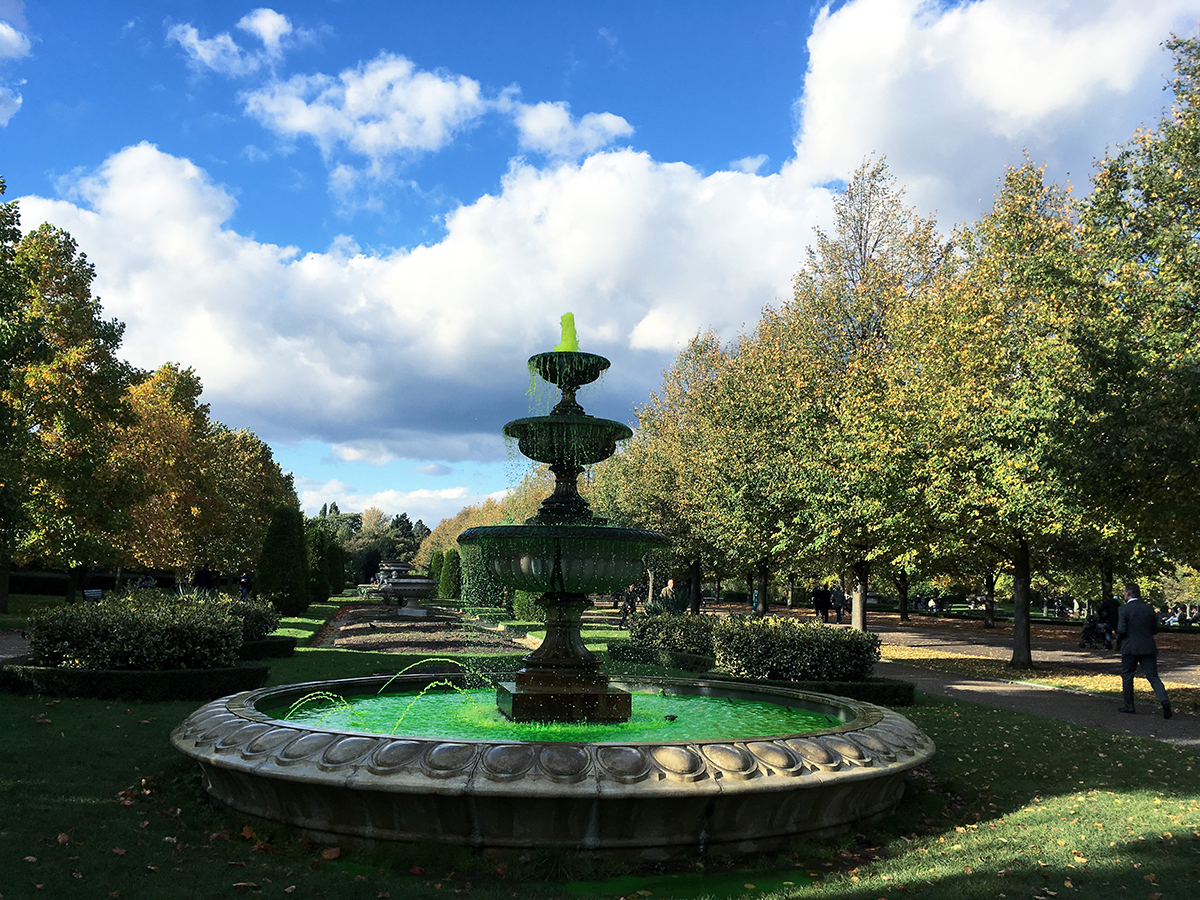 IN THE GRADEN OF EDEN

FRIEZE Masters was just in a short walking distance from the main fair through the sculpture garden in Regent’s Park. FRIEZE Sculpture opened during the summer showing art from playful to political. Throughout the garden mythical animals, rocks and mirrors were spread out in-between fountains filled with fluo-green water.

FROM MESOPOTAMIA TO A CHELSEA STUDIO Report from FRIEZE MASTERS 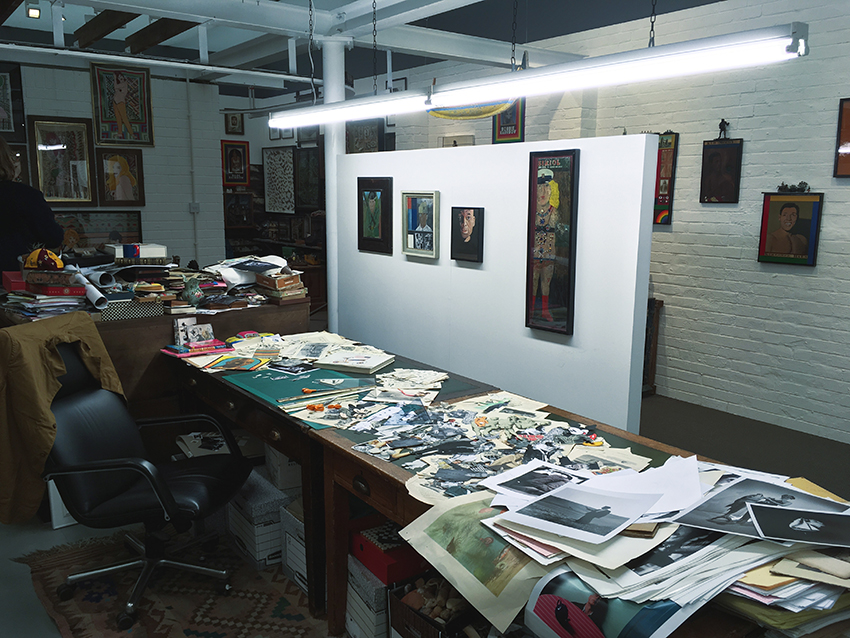 An archive of inspirations of Peter Blake’s West London studio, to convey obsessive nature and clutter, incredibly curated by Robin Brown. It is a meticulously ordered surface with all his clippings, fragments and cut-out images, used paint brushes, objects and displays, almost like archaeology, where everything is coordinated to a grid. 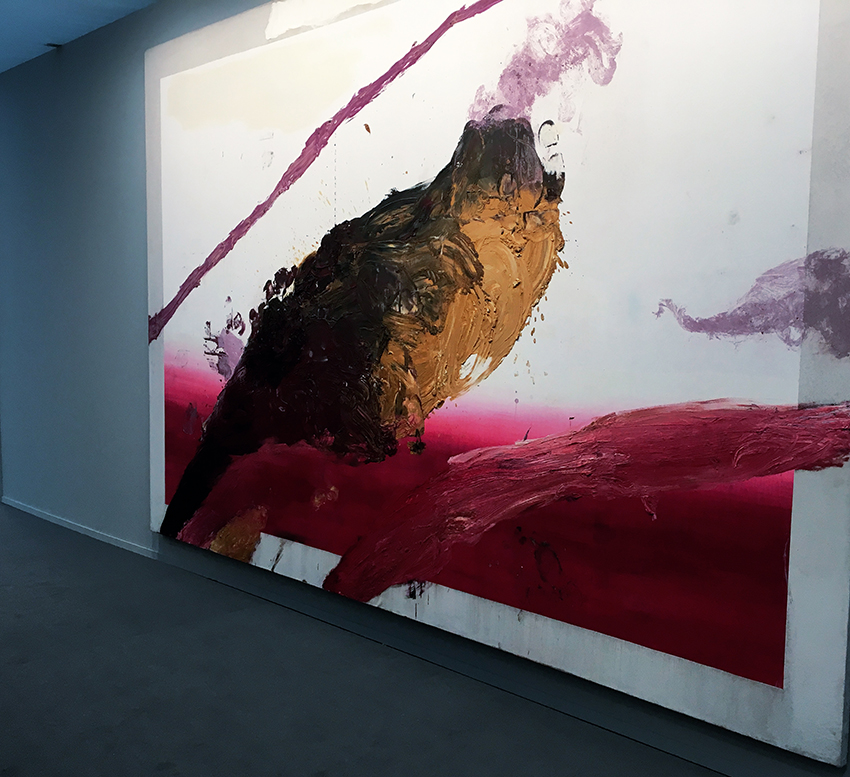 Artist rebooted. The six of Schnabel’s abstractions occupying the entire booth of Los Angeles based gallery were by far the largest paintings in the fair. Full of greens, pinks, reds and browns. The paintings were made in 1994 between New York and Montauk, where Schnabel stretched them on the ground outside and vigorously applied paint with his hands and feet. 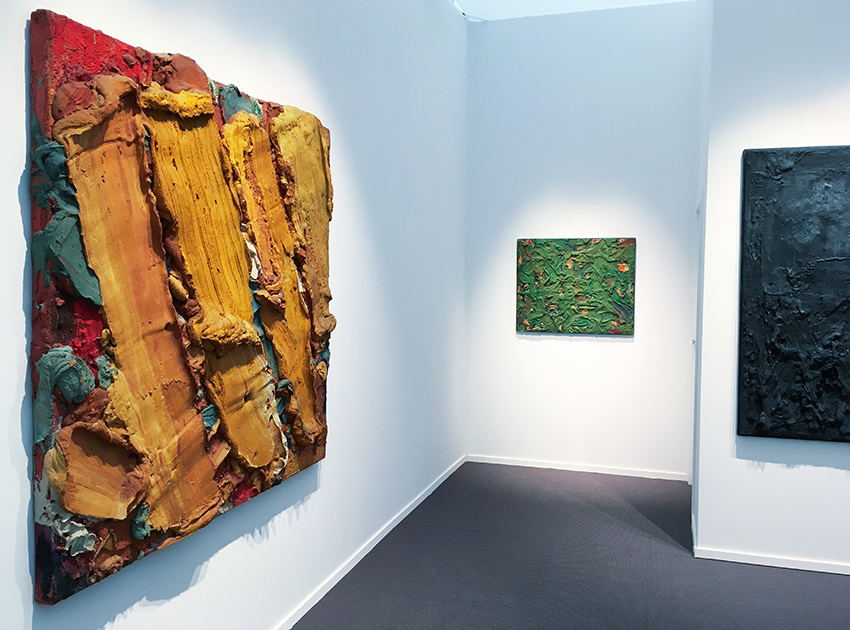 The artist’s work was dedicated to exploring the materiality of paint. He blurred traditional notions of painting and sculpture by building three-dimensional paintings with extremely thick layers, comprised of natural ingredients including oils, glue, pigments, powdered chalk and water. While Fontana broke his work by slashing, Bogart used paint as a sculptural medium. 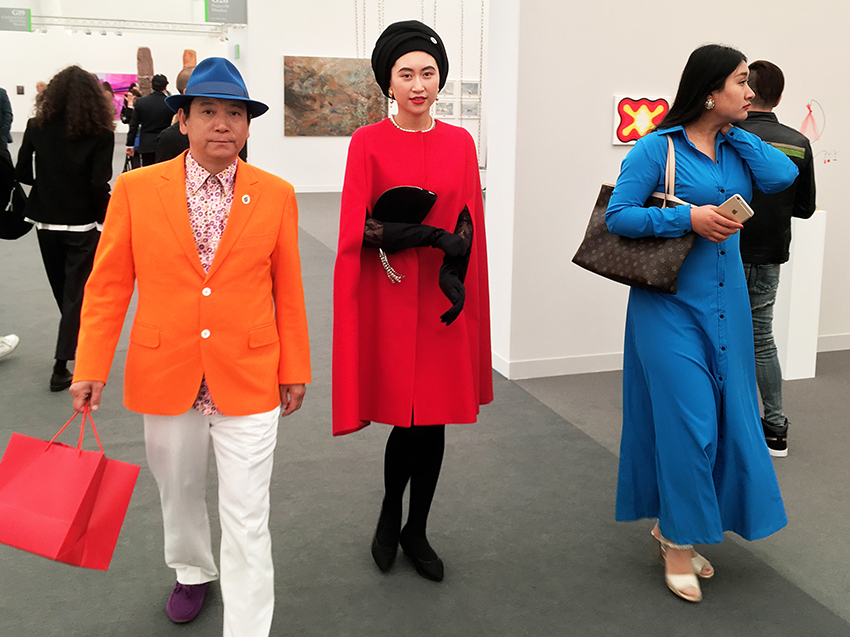 During past years FRIEZE became not only one of the most important art hubs in Europe but undoubtedly an exciting and vibrant fashion event.
FRIEZE London 2017 also had a trend and unlike last year, when the mirrored sculpture of Anish Kapoor provided the perfect backdrop for selfies, this year visitors were searching for artworks that matched their outfits. 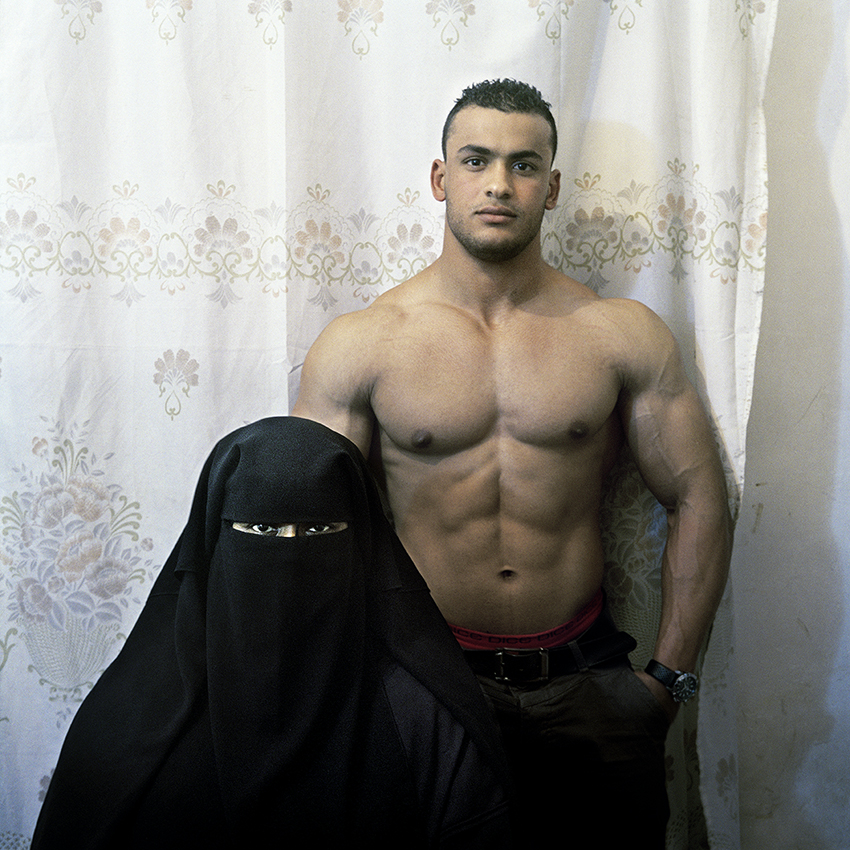 DENIS DAILLEUX ©photo ZOLTAN+ presented an intense series of portraits of Mother & Son and paid tribute to all mothers. It is Dailleux’s most personal and troubling work with modesty and delicacy. The pictures took you into the intimacy of families where the absolute love that son dedicates to his mother sounds like a universally touching ode. 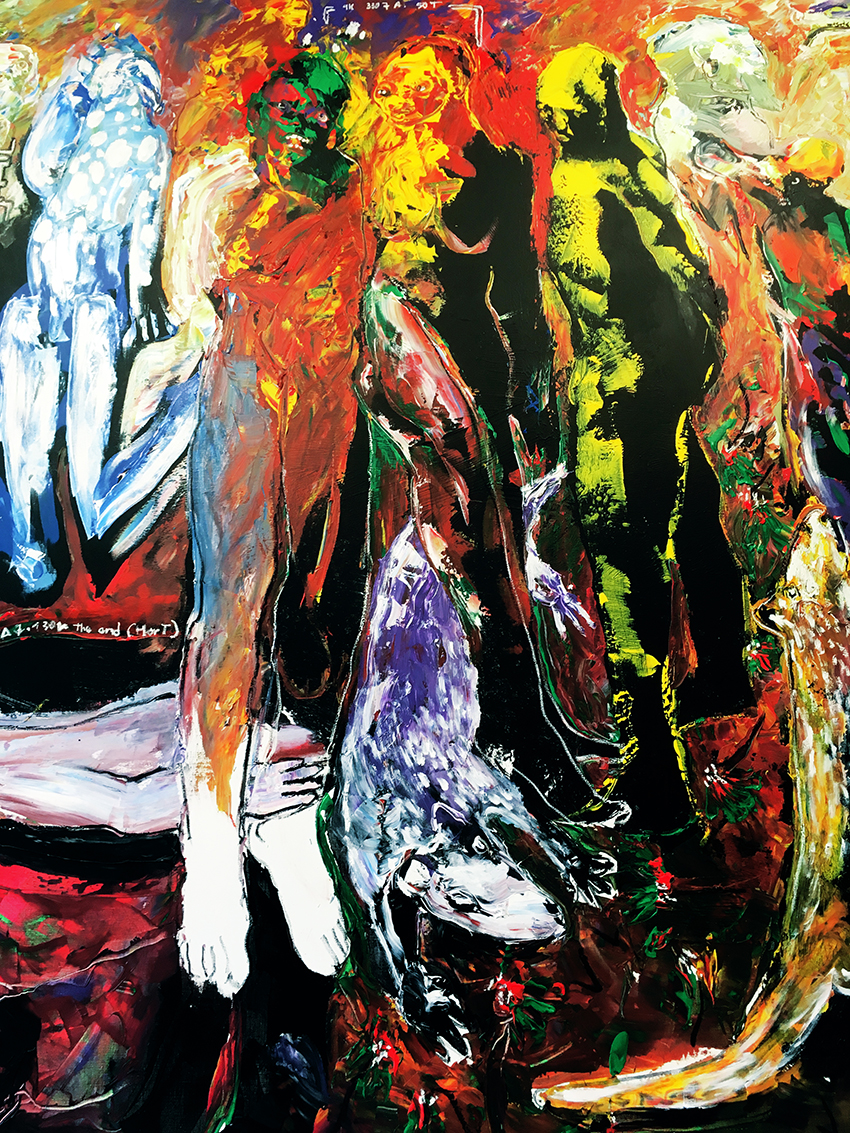 SOLY CISSE is a social activist. His paintings are at once pictorial and graphic, rooted in the culture of his hometown. His figures merge animal and human forms into improbable hybrids wearing mortuary masks. His neo-expressionistic techniques are mixed with autobiographical content, holding a mirror to the face of political, economic and social perturbations. 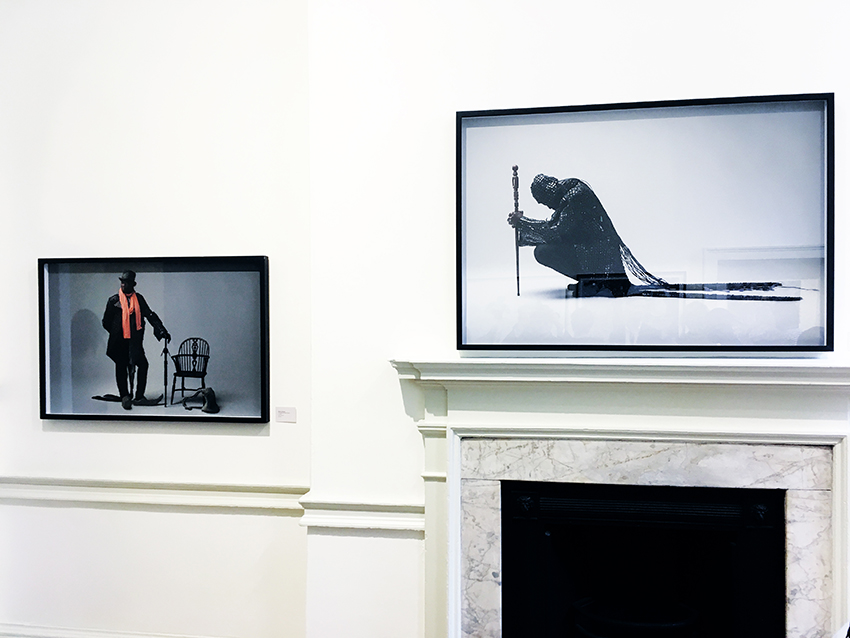 Following the tradition of presenting powerful images, Monna Mokoena of MOMO Gallery in Cape Town brought the work of Mary Sibade. She activates the human form through photography and sculpture.
Since quite some time the gallery MOMO is at the forefront of the local and international art world. They have already been pushing boundaries with Ayana V. Jackson’s outstanding, personal and socking images. This year Mary Sibade’s work mesmerized the visitors. For her, the body is the site where history is contested, and her fantasy is no just a political act, but a transformation. She employs the human form as a vehicle to explore the construction of identity in post-colonial South Africa.