Michael Petry is a visual artist whose works often leads him to write about the topics of his artistic attention. His books on Installation Art came from so many people asking him (in the 80s and early 1990’s) ‘what is installation’? His The Art of Not Making developed from questions about his work in glass (which he designs but does not blow) and his recent Nature Morte stemmed from his interest in death. Whatever medium he uses for his artworks, he returns again and again to writing and curation (his books are accompanied by international touring exhibitions that he curates). It is no surprise his new book The WORD is Art should focus on text.

PCR) This is your fifth book for Thames & Hudson with such iconic titles as Installation Art in the New Millennium, can you give us a synopsis of your latest book The Word Is Art?

Michael Petry) WORD looks globally at artists that are using text in their artworks where it is the primary or central visual element. The works can be sculptures, installations, new media (there are several gifs) as well as paintings and works that use physical books. It presents artists using a myriad of languages from English to Arabic, Mandarin to Thai, Spanish, German, Tibetan and so many others. There are artists in the book from around the world, but they all have in common their use of text in their work, and the book, therefore, must also address the issue of translation.

PCR) Do you think that earlier movements in 20th-century art like Synthetic Cubism, Dadaism and Pop Art have had an influence on today’s Text artists? Explain and put into context.

Michael Petry)  Of course, all work is built upon the history of those who came before, even if an artist does not necessarily see the connection, or know of the historical work of artist who made work similar to theirs. Words and text have been part of the visual arts from the start of modern art. My book charts a brief history of that usage, and I think people like Duchamp, who used text a lot (think of L.H.O.O.Q) or Magritte (The Tyranny of Reason) still influence most artists even if they do not use text in their work. Magritte’s work has the French line of text Ceci n’est pas une pipe (This is not a pipe) painted below an image of a pipe. Of course, the image of a pipe is not an actual pipe, so the viewer has to read the image (the pipe and the text) and then read the text to make the whole. In effect, the viewer reads the artwork in two very different ways, and unless your native language is French, you are translating the work many times. First, you translate the total image from art into language, and then from say French to English, and with each iteration, something is added as well as lost.

PCR) Has Text Art simply been appropriated from the advertising industry?

Michael Petry) If anything it is the other way around. Advertising is very slow on the uptake of radical ideas. It works on the mass market, and the visual arts is at its best well ahead of the mass curve. Advertising often uses art, and then those translated ideas (from art to marketing) can then be reinvigorated by artists translating them again, like Warhol and his Campbell soup cans.

PCR) Do you think some Text work is gimmicky and like an old joke?

Michael Petry) Of course, but then so much of recent work – text-based or not – has been gimmicky and simply one-liners. There are too many to mention!

PCR) We live in times of a disposable culture, is this something that is being perpetuated by Textspeak and Text Art?

Michael Petry) I think Textspeak is another way of writing/communicating and it is essential to understand that it is no different from the use of the telephone and then email. People continually use words and new media makes it possible for them to find new ways of speaking. Textspeak is different, and while some may moan that people no longer send 5-page letters I would ask – do they still write such letters? I doubt it. While my book has no ‘text art’ we do have gif works in the book and if you use your phone to scan the QR codes provided the work will appear on your phone. I think that is really amazing.

PCR) What is the difference between a Graphic Designer creating text for purpose and a Text artist creating fine art? Bob and Roberta Smith is a good example.

Michael Petry) Artists, on the whole, make work because they have to – it is a compulsion and not a job of work. Patrick makes paintings concerning a lot of social issues, but they are first and foremost paintings. Of course, he sells them, but that is still different than the work a designer does, whose topic is set by someone else.

PCR) With Text Art do you get the sense that artists have become Prophets with a mission of instant gratification and consumerism? Doug Aitken for example.

Michael Petry) I would say it is not really ‘Text art’ – it is art that features text. Aitken is an artist who is critiquing the market and the art system, but because the market is so strong and the art world is now totally in bed with it, even work that critiques, it is highly marketable. The market can consume anything, and it is so strong now because museums/institutions are working hand in hand with it. In the past, they resisted it, and offered a different view and showed different artists. The depressing fact is that now only a few major galleries account for the vast majority of one person museum shows (most of which are by men).

PCR) Walking around Frieze this year there seemed to be a large amount of blingy text art on display. Do you think some pieces are too clever for their own good?

Michael Petry) I think the Artlyst article on Frieze is much more to the point – so much of all art fairs now is about Instagram. I’m amazed how much art is sold on that platform and never seen in the real world when purchased! Instagram, like textspeak, is a new language and some people speak it well and with fluency and have something visually to say. Others are like bad graffiti artists just shouting ‘look at me’, spraying their name around like dogs on a street corner, or snapping shots of themselves in front of artworks, or worse in restaurants and a plate of food.

PCR) Text-based art has been traditionally used in political or propaganda art do you think in the current climate of Trump and Brexit we need to be more political?

Michael Petry) Agit-prop art is usually not very good art, it might be a good slogan or make the artist feel better, but few works of art actually make any difference to the politics of the world. Picasso’s Guernica is an example where the world did take notice of an atrocity because of the work made by an artist. On the other hand, Lennon/Ono’s bed-in had a great slogan ‘War is over if you want it’, but sadly it didn’t work out that well did it…

What is also interesting about that project is that the class issues at heart were never dealt with and the image of John and Yoko watching an older woman make their bed so they could protest speaks volumes, with no text (Read More). That said, my book has a whole chapter on work directly addressing social issues, with pieces that are successful as art, as well as ‘message’.

PCR) How do you find the time to hold down two careers one as an artist-maker the other as a writer/curator.

Michael Petry) First of all, I don’t really see them as separate; they are all part of my body of work. I make lots of different kinds of things that fall within the greater art world. I make installations, sculptures, paintings as well as books and exhibitions and they feed each other. The work I make as a visual artist informs the books I want to write and the shows I curate. I do turn down things all the time that are not of real core interest to me. It is the only way I can be true to what I feel is important for me. On a practical level, I usually only ‘make’ the things that no one else can, and if there is someone else, be they a glass blower, bronze caster or administrator, who can do something, I let them do it. You have to be a good director/project manager and think things out well in advance, and having a few really great assistants (like artist Roberto Ekholm) is crucial to the way I work. Like many artist studios, we are a tight team and get a lot done. 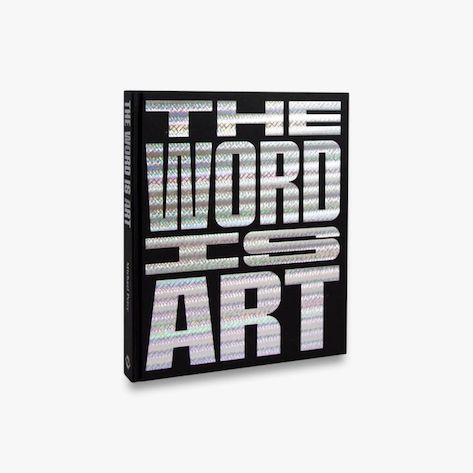 Buy ‘The Word Is Art’ by Michael Petry  Here 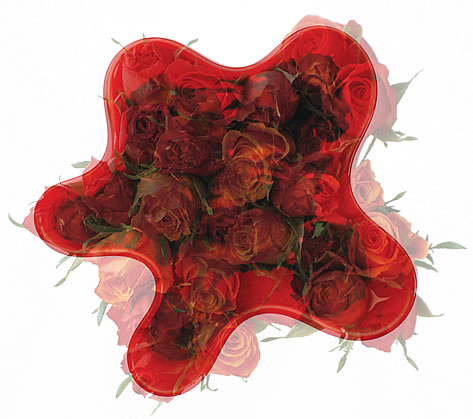