The Alternative Miss World Pageant which took place at Shakespeare’s Globe Theatre Saturday night was a triumph of artistic anarchy. It was a splash of colour in this otherwise drab, monochromatic world, dominated by Donald Trump, Theresa May and Brexit headlines. I suppose it’s like the last gasp of the Weimar Republic before the fascists marched in and spoiled it all.

“I think it’s rather a lack of imagination man to woman, woman to man, there are so many other things you can be” – Andrew Logan

The AMW, was established in 1972 and has featured such luminaries as David Hockney, Zandra Rhodes, Divine, Derek Jarman Brian Eno, Leigh Bowery and Grayson Perry. It is a free for all of creative endeavours both visually and performatively. In the words of creator Andrew Logan; “It is drag but drag is traditionally man to woman or woman to man. I think it’s rather a lack of imagination, there are so many other things you can be. The event has a cross-generational appeal and both young and old were there in quantity. A new generation of highly talented artists, designers and fashionistas were out on mass for this year’s event. 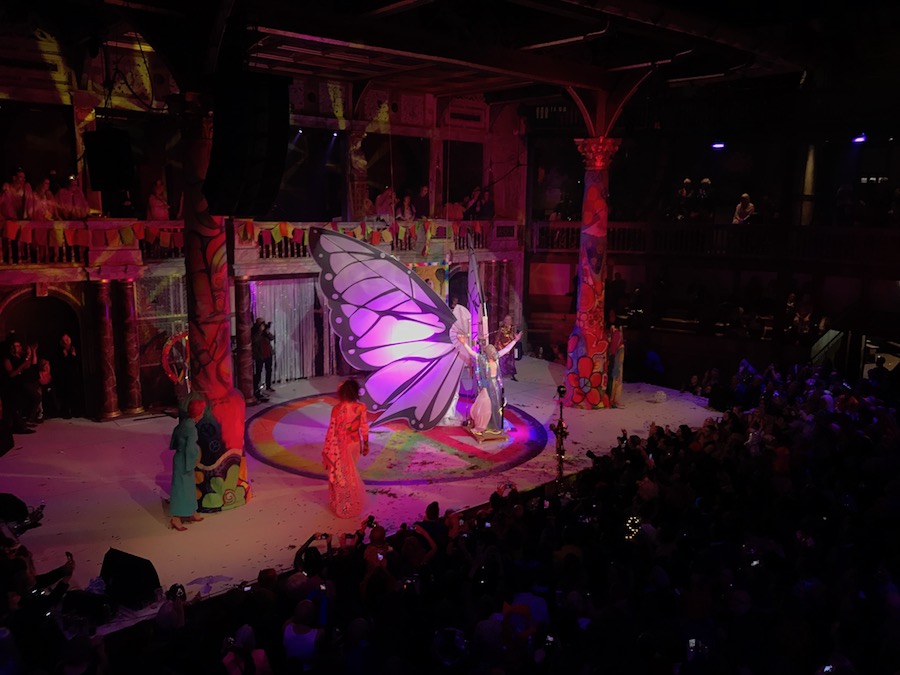 The AMW can only be described as a ‘Happening’ in the purest Allan Kaprow sense. A Happening was a combination of performance and installation art which fully evolved from Kaprow’s “Environments,” large sculptural collages evolved into a new art form. Logan has been influential and pioneered this medium which was later embraced by both the Canadian Collective, General Idea and subsequently Elmgreen and Dragset. 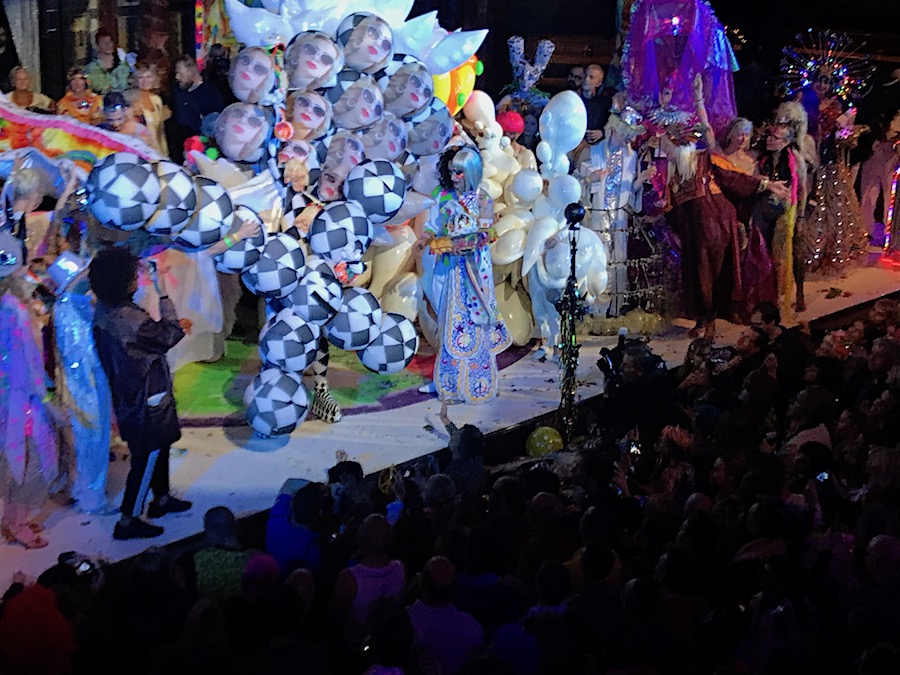 The theme of this year’s pageant, which was previously held at the Globe in 2014 was Psychedelic Peace. The stage was adorned with a blinding array of clashing colours which crawled up the oak Corinthian columns and draped off from the balconies to the floor which had a giant peace sign emblazoned on it. The central box had a sitar and tabla player creating just the right amount of ‘Hippy’ ambience to keep the crowd in character until the futuristic contestants arrived like a swarm of jellyfish that had swallowed a rack of led lights at Poundland. In fact, there was even a jellyfish contestant in the swimwear segment and one of the contestants was titled Miss Poundland Couture, affirming the description.

The evening was broken down into several categories that mimicked the actual Miss World Competition. The first was ‘Dayware’ followed by ‘Swimwear’ followed by ‘Eveningwear’ and ending on a question session with the contestant. Which is your favourite film star? Where would you like to go on a holiday? What is your wish for the world? One question asked was, If you could time-travel where would you go? Answer: I would go to Donald Trump’s mother just before he was born and abort the fetus! 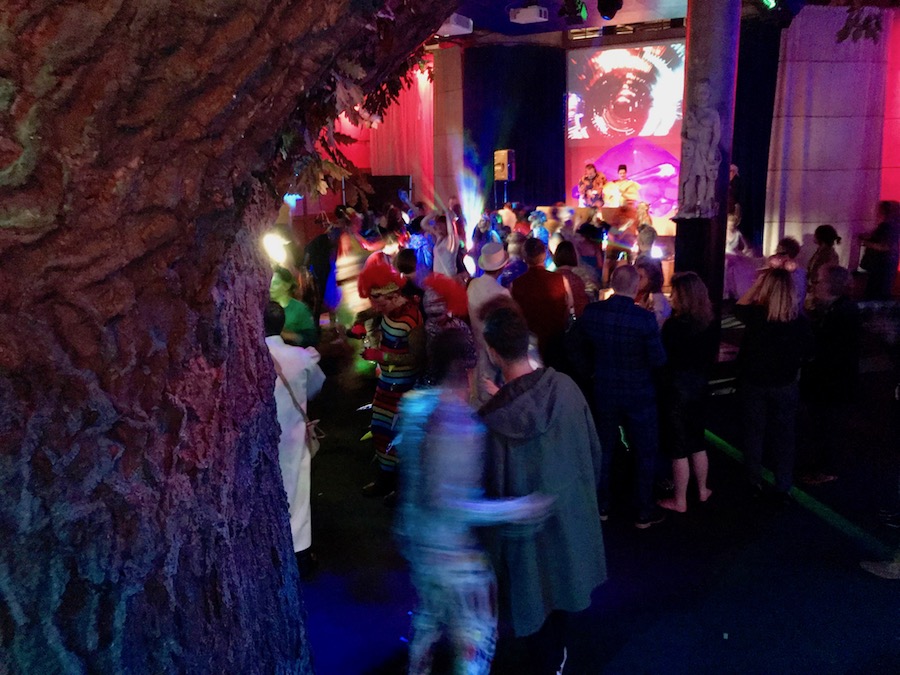 Alternative Miss World  Spotted at the After Party

The large stage was filled with an installation as impressive as Phyllida Barlow’s Venice Pavilion. I loved everything about it. An event worth the wait. The audience was as colourful and enthusiastic as the artists on stage. Andrew Logan showed off his latest half male|half female persona. When I ran into Zandra Rhodes she enthused, “I designed the female part of Andrew’s costume”.

The 1980s style after party was worthy of a Thursday night at Studio54 yes, the vibe was accurate. The celebs were hanging out at the bar and the Hi NRG music got everyone on the dance floor. The glamour and glitz of a long lost era.