The Queen is dead. Long live King Charles III. Andy Warhol never actually met Queen Elizabeth II; however, his portrait of the monarch lives on and has become one of the most recognisable of all Royal portraits. Warhol’s Reigning Queens portfolio was created in 1985 and has become highly collectable over the years since its issue, the most valuable print being the portrait of Queen Elizabeth II. Tate holds an edition of the portfolio which includes sixteen prints made up of four images of each of the four female monarchs who were ruling in the world at the time of publication: Queen Elizabeth II, Queen Beatrix of the Netherlands, Queen Margrethe II of Denmark and Queen Ntombi Twala of Swaziland. Warhol also made paintings of each of these subjects. The works were based on official or media photographs of the monarchs. For example, Queen Elizabeth’s portrait was taken from a photo by Peter Grugeon in 1977 for her Silver Jubilee. The photographic silkscreen technique is central to Warhol’s practice, employed in his prints and paintings.

Warhol had a deep love of celebrity and the titled. This homage was very much in keeping with his trademark style

The image of each queen appears in her four prints but varies in colour. This print has a primarily red background and features graphic shapes printed from separate screens. Warhol began working in this style in the mid-1970s, fragmenting the image with various overlayed shapes and patches of colour. In contrast to his earlier prints, where the appearance of impersonal, mechanical reproduction was essential to their meaning, these interventions in the image gave the work a deliberately ‘artistic’ look. In many of his female portraits, such as here, the multicoloured surfaces and suggestion of make-up enhance the glamour and femininity of the subjects. With characteristic ambivalence, Warhol explained his additions to these later prints as immaterial:

‘I would still rather do just a silkscreen of the face without all the rest, but people expect just a little more. So that’s why I put in all the drawing.’ (Barry Blinderman, ‘Modern Myths: An Interview with Andy Warhol’, Arts, October 1981, p.145.)

Reigning Queens was shown at the Leo Castelli Gallery in New York City from September 1985 to October 1985. Warhol was upset about the exhibition. In the Andy Warhol Diaries, he wrote, “I just hate George Mulder for showing here in America. They were supposed to be only for Europe—nobody here cares about royalty, and it’ll be another bad review.”

The Reigning Queens series brings together many of Warhol’s central themes – celebrity, portraiture, consumerism, decoration and the extremes of social hierarchy. Warhol’s portraits are often about the public face or surface image, which is a typical example. Here the queen’s face appears as an impenetrable mask. Warhol enhances the celebrity portrait’s powerful iconic presence through the repetition of the image.

This work is published in an edition of forty with ten artist’s proofs, five printer’s proofs and three hors commerce. This print is number seven in the edition. In addition, there are a further thirty trial proof portfolios, each containing one unique image of each queen. The work is also published as a Royal Edition with diamond dust on the drawing lines, published in an edition of thirty with five artist’s proofs, two printer’s proofs and two hors commerce.

Warhol had a deep love of celebrity and the titled. This homage was very much in keeping with his trademark style. 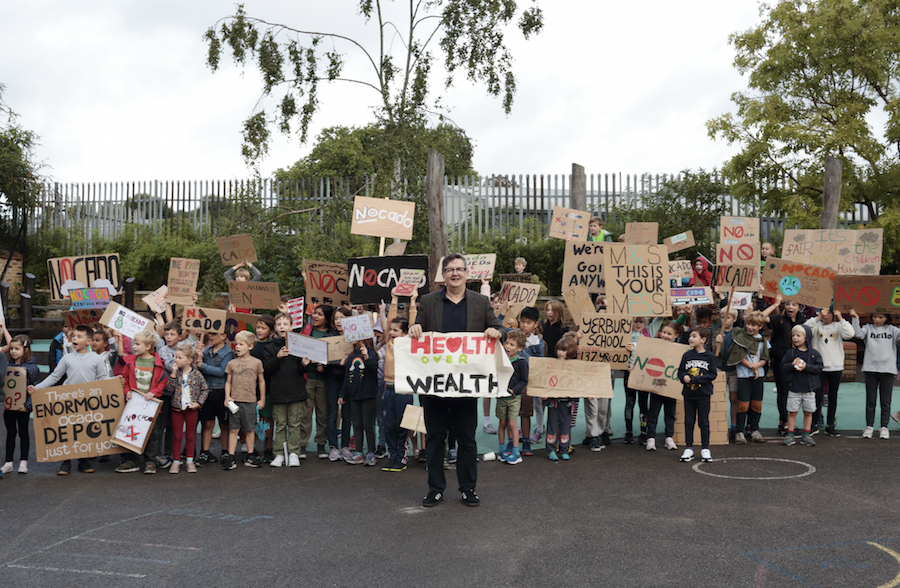 The Turner Prize-winning artist Mark Wallinger is working with a community campaign in north London to create a revolutionary digital art experience that anyone with £1 and upwards can afford to take part in.

ONE POTATO, TWO POTATO, a major new Wallinger work, has been created for a ground-breaking fundraising initiative by the NOcado campaign. It offers members of the public the chance to collaborate in unveiling the piece by revealing squares of the online image for as little as £1 each.

The theme, character and appearance of Wallinger’s artwork are closely guarded secrets. They will be revealed square by square as public members unveil the 66,528 parts of its surface in an order devised by the artist. Each participant will receive a high-res image of the piece once all squares have been revealed. In addition, Forty-six signed posters will be scattered through the work to be allocated to participants via a draw.

Proceeds from the work will go to the NOcado campaign, which has made national news with its two-year – and ongoing – battle to stop Ocado and M&S opening a 24/7 delivery depot beside a primary school and densely populated housing. The online retailers have abused planning loopholes to attempt to gain use of the Bush Industrial Estate in London N19.

Mark Wallinger, whose studio is in nearby Archway, has been involved in social and political activism since the start of his career. State Britain’s 2007 Turner Prize-winning installation comprised a recreation of an anti-Iraq War protest in Tate Britain. In addition, he created the first artwork for Trafalgar Square’s empty Fourth Plinth and the Labyrinth series of plaques for the London Underground.

Mark Wallinger said: “I spend over half my time in the area, so I feel like a local, and the issues are clear-cut for me. During the Pandemic, many relied on home deliveries, but now we’re looking at the destruction this has wreaked on the High Street and the community.” 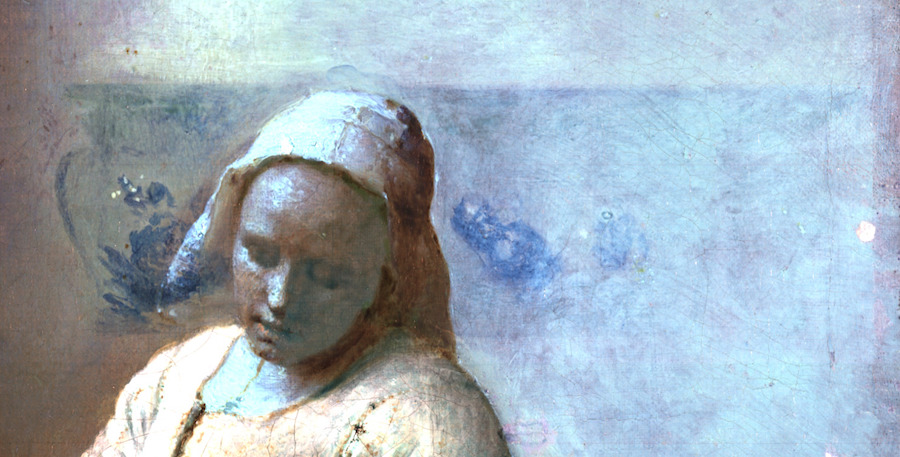 General Director Taco Dibbits of the Rijksmuseum in Amsterdam has revealed some important new discoveries on one of Vermeer’s best-loved paintings, completed more than 350 years ago.

Recent research into the painting The Milkmaid, conducted in the run-up to Rijksmuseum’s major Vermeer exhibition in 2023, has yielded several startling discoveries. Advanced research technologies have brought two objects on Vermeer’s world-famous canvas: a jug holder and a fire basket. The artist himself later painted over the objects. The most recent scans also uncovered what underpainting is. These discoveries offer insights into Vermeer’s process and his search to capture the tranquil atmosphere that characterises his work.

‘So much work had already been done on the painting that we never anticipated something so definitive would surface thanks to modern technology. The exhibition in 2023 offers the Rijksmuseum the perfect opportunity to explore Vermeer with the latest technological advancement, bringing viewers ever closer to this most mysterious and beloved artist of all time.’  – Taco Dibbits, General Director of the Rijksmuseum

With at least 27 out of the very small oeuvre of about 35 paintings by Vermeer, loaned from the most prestigious museums around the world, Rijksmuseum’s Vermeer exhibition will be the largest Vermeer exhibition ever. Furthermore, in an extraordinary gesture, the Frick Collection in New York will lend all three of its Vermeer paintings, shown together outside of New York for the first time since they were acquired more than a century ago. Additional highlights include The Girl with a Pearl Earring (Mauritshuis, The Hague), The Geographer (Städel Museum, Frankfurt am Main), Lady Writing a Letter with her Maid (The National Gallery of Ireland, Dublin) and Woman Holding a Balance (The National Gallery of Art, Washington DC).

In the run-up to the Vermeer exhibition, a team of conservators, restorers and scientists from the Rijksmuseum have been collaborating closely with colleagues from the Mauritshuis in The Hague to conduct research into Vermeer’s paintings, including The Milkmaid. The techniques used for this investigation include the advanced Macro-XRF and RIS scanning technologies that were recently part of Operation Night Watch, the major project devoted to the research and restoration of The Night Watch by Rembrandt.

New state-of-the-art technologies have revealed what is clearly an underpainting on The Milkmaid. This discovery sheds entirely new light on Vermeer’s methods. The general assumption was that the artist produced his small oeuvre very slowly and worked with extreme precision. This view is now being revised. A hastily applied thick line of black paint can be seen beneath the milkmaid’s left arm. This sketch shows clearly that Vermeer first quickly painted the scene in light and dark tones before developing the detail.