Andy Warhol’s ‘Shot Sage Blue Marilyn’ made double history last night as the most costly painting ever sold by a US artist and the most costly 20th-century work of art to sell at auction. The silkscreen on canvas created in 1964 sold for $195 million during Christie’s 20th and 21st Century marquee auctions.

From the Foundation of Thomas and Doris Ammann, the work’s provenance includes being sold by one of the most important art dealers in the past century Leo Castelli Gallery, New York. All proceeds from the sale will benefit the foundation, dedicated to establishing support systems centred on providing healthcare and educational programs for children across the globe.

A curated selection of 36 masterworks from the Ammann collection was also on offer totalling $318 million in this dedicated Evening Sale. Further highlights from the Evening Sale include masterpieces by Robert Ryman, Francesco Clemente, Sturtevant and Cy Twombly.

Larry Gagosian who sold the painting to Thomas and Doris Ammann in 1986 is thought to be the purchaser. Photo: Courtesy Christie’s 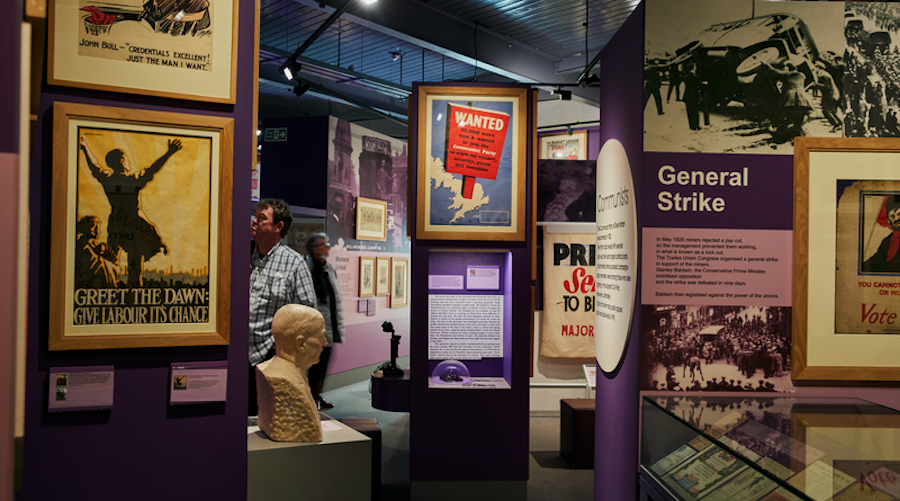 Art Fund, the national charity for art, announced the five museums selected as finalists for Art Fund Museum of the Year 2022, the world’s largest museum prize.

Art Fund annually shortlists five outstanding museums for the Museum of the Year prize. The 2022 edition champions organisations whose achievements tell the story of museums’ creativity and resilience and mainly focuses on those engaging the next generation of audiences in innovative ways.

The winning Museum will be announced at a ceremony at the Design Museum in London on 14 July and will receive £100,000. The other four shortlisted museums will each receive £15,000 to recognise their achievements.

This year’s judging panel, chaired by Art Fund Director Jenny Waldman, are Dame Diane Lees, Director-General, Imperial War Museums; Harold Offeh, artist and educator; Dr Janina Ramirez, cultural historian and broadcaster; and Huw Stephens, BBC Radio 6 DJ and broadcaster. The judges will visit each of the finalists to help inform their decision-making. At the same time, each Museum will make the most of being shortlisted over the summer through events and activities for both new and current visitors.

Speaking on behalf of the judges, Jenny Waldman, Director, Art Fund, said, “An abundance of applications to be Art Fund Museum of the Year 2022 shows the creativity and resilience of museums right around the country, despite the immense challenges of the last two years. The five superb finalists are all museums on a mission to tackle the vital issues of today – from combating the climate emergency to improving literacy or exploring migration – and reaching diverse communities as they do so. Each is working hard to encourage the next generation to get involved, inspire them, and equip them with essential skills.”

In a joint announcement, the National Gallery in London stated that it would remove the Sackler name from its gallery. The Sackler family has been one of the largest donors to the Museum; however, after the family admitted their role in the opioid crisis that has killed over 600,000 people in the US, the relationship has become untenable.

Meanwhile, the Solomon R. Guggenheim Museum in New York has just dropped the Sackler name without a public announcement. The museums’ actions follow prolonged calls for cultural institutions to disengage from the pharmaceutical makers.

The National Gallery’s room 34, which has displayed the Sackler name for over 30 years, houses a collection of paintings by the British 17th and 18th-century artists. The signage promoting the philanthropic family’s name has now been scrubbed. The Sackler name was also removed from the Guggenheim’s Center for Arts Education without notification.