Galleries throughout Art Basel 48 have reported exceptional sales across the board, pointing to Art Basel’s ability to convene leading galleries and collectors from around the world. Running simultaneously with the Venice Biennale, documenta 14 and Skulptur Projekte Münster, Art Basel drew a particularly strong turnout of both established and new collectors from over 100 countries, with strong attendance from the Americas and Asia. The show attracted an attendance of 95,000 and once again proved itself to be a pivotal meeting point for the international art world.

‘It’s hard to imagine that Art Basel could grow stronger every year, but it does just that.’ – Thaddaeus Ropac

‘We had our most successful Art Basel ever. The quality of the fair is astonishing and this year we felt that the caliber of the collectors, museum colleagues and patrons was not only of the highest order but even more international than we have seen in past years.’

Philomene Magers, Co-owner, Sprüth Magers (Berlin, London, Los Angeles) said, ‘Art Basel is the most important fair for the gallery. We placed our artists’ works in excellent international collections. Again, this year, Unlimited gave us a fantastic opportunity to exhibit four historical and significant works by Otto Piene, John Baldessari, Barbara Kruger and Jenny Holzer. Unlimited and its focus on museum-quality pieces is very unique to this fair. It was great to see the response that these presentations received throughout the week.’ 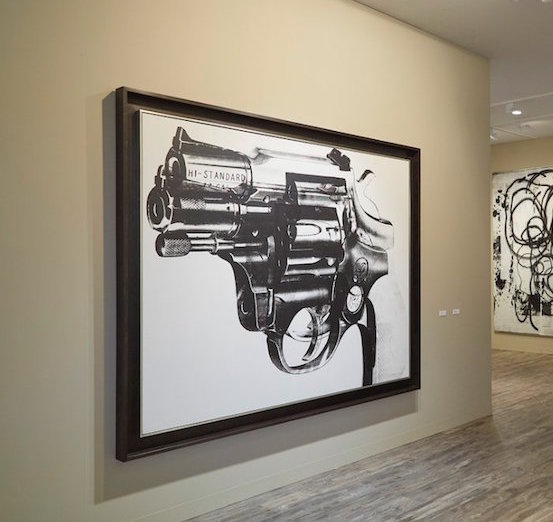 ‘This was one of the most upbeat art fairs that I can remember. Unlimited set the tone with one incredible installation after another. Collectors took their time, but we ended up selling virtually everything in the booth. It is also worth noting that museums were actively acquiring for their permanent collections.’

‘This has been our most successful Art Basel ever! The high energy of the fair combined with an incredibly diverse collector base meant we placed work in collections from Europe to the United States to institutions in China, and were active across the spectrum of our program – from multimillion dollar Modern masters to more modestly priced new work.’

‘Art Basel marks the most important moment in the art world calendar, providing the best platform to make new connections and strengthen our existing relations with the most serious collectors and museum directors in the world. Park Chan-kyong’s work presented in the Unlimited sector is deeply rooted in Korean culture, we were extremely astonished at how well the visitors received it.’

‘It is a beautiful experience to be part of Art Basel. Choosing to feature historical projects in such a fair allowed us to deepen our relationships, not only with private collectors but also with foundations and public institutions. It is the premier fair, and a moment to showcase our historical gems, our research, and discoveries.’

‘The quality of interest and energy present at Art Basel has been exceptional this year. Once again, Art Basel has proven itself to be a cut above all fairs.’

‘Sales were incredibly robust, highlighting a growing interest in our global program, including artists of the diaspora and the African continent. This is always one of the most important moments of the year for us as a gallery, and we are thrilled with the mix of collectors, curators, and scholars with whom we had the opportunity to connect with this year in Basel.’

‘Art Basel 2017 has been extraordinary. Art Basel is the best fair in the world and this year was stronger than ever. We made major sales every day, many to new collectors, and I feel we could build much of our business for the year ahead on the contacts and discussions established at this fair alone.’

‘We have been very privileged to be a new entry this year. It has been a great experience and we are delighted to have received a great reception to our artist Wang Shang’s new work and to enjoy a successful debut in this premier international art fair.’

‘The show this year was the best we’ve had in many years, by all measures. I feel quite invigorated.’ 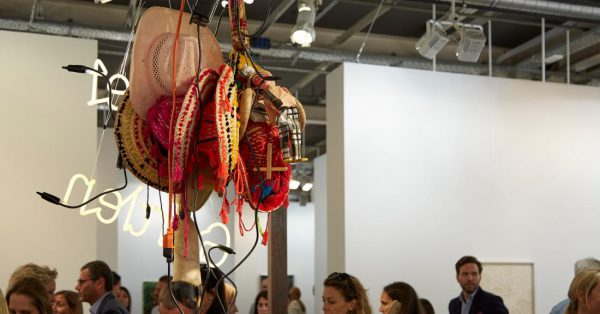 ‘Art Basel continues to set the standard for international excellence. Our first year at the fair was an unequivocal success, with robust sales and a tremendous response to our curated booth. Not only were sales strong, they were diverse. The caliber of collectors, in addition to the quality of our fellow dealers, is unparalleled on the international stage.’

‘We are very pleased and delighted with our first year at Art Basel in Switzerland. We were able to place fantastic works – among them was one of Domenico Gnoli’s most powerful paintings, ‘Braid’ from 1969, and a milestone work by Pino Pascali – with major public and private collections. The overall quality of the fair was outstanding, and collectors felt the buzz of activity.’

‘Being selected to participate in Art Basel’s Statements sector is a turning point in the career of our gallery, and we are honored to be here. Maha Maamoun’s piece generated intense responses and it’s very rewarding to see her work get this much validation from collectors and curators alike.’

‘We are incredibly happy with our first-ever participation in the Galleries sector. We brought works by several artists that I believe have never-before been shown at Art Basel, Switzerland, including paintings by Warlimpirrnga Tjapaltjarri and Ibrahim El-Salahi. We placed both artists with European collectors with whom we have formed new relationships. It has been really gratifying to meet so many new collectors who are unfamiliar with our artists and program, as well as see our core clients here at the show.’

Solo presentations in Statements offered visitors and collectors the opportunity to discover quality work by emerging artists, brought to Art Basel by 18 of the most exciting young international galleries. The sector welcomed eight galleries exhibiting at the Basel show for the first time: Galerie Emanuel Layr from Vienna; Chapter NY and Real Fine Arts from New York, as well as galleries from places traditionally seen as far from the core art world: Galeria Dawid Radziszewski from Warsaw; Hopkinson Mossman from Auckland; and Gypsum Gallery from Cairo.

The 19th Baloise Art Prize was awarded to Martha Atienza (b. 1981) at Silverlens from Manila and Sam Pulitzer (b. 1984) exhibited by Real Fine Arts from New York. The prize of CHF 30,000 each was presented to the two artists by a jury of international experts and works by the award winners was acquired by The Baloise Group and donated to the MUDAM Luxembourg and the Nationalgalerie Berlin.

During Parcours Night on Saturday, June 17, all project venues stayed open late with special live performances. Supported by MGM Resorts Art and Culture, Than Hussein Clark(b. 1981) transformed Otto Rudolf Salvisberg’s ‘Erste Kirche Christi’ into his own version of a Broadway theatre with ‘Yes, Yes, All the News that’s Fit To Print’ (2017). Further performances on Parcours Night included works by: Itziar Okariz (b. 1965), Marvin Gaye Chetwynd (b. 1973), Shana Moulton (b. 1976), Moved by the Motion (Wu Tsang, boychild, Patrick Belaga, Bendik Giske and Josh Johnson), Eric Hattan (b. 1955),Julian Sartorius (b. 1981) and Hans Berg (b. 1978).

Conversations, Art Basel’s talks series, brought together leading artists, gallerists, collectors, art historians, curators, museum directors and critics from across the world. Programmed for the third year by Mari Spirito, Founding Director and Curator of Protocinema, Istanbul, the program featured 23 talks and served as a platform for dialogues and discussions on current topics, offering perspectives on producing, collecting, and exhibiting art. This year’s Premiere Artist Talk was devoted to the artist Annette Messager (b. 1943) and was moderated by Dr. Maria Balshaw, Director of Tate, London. The ‘Artists’ Influencers’ talk saw the artist Dominique Gonzalez-Foerster (b. 1965) in dialogue with Kasper König, Artistic Director of Skulptur Projekte Münster 2017, moderated by Hans Ulrich Obrist, Artistic Director, Serpentine Galleries, London. The debate focusing on ‘New Rules: Is the Artworld a Mature Industry?’, moderated by András Szántó, Author and Cultural Consultant, brought together a panel of speakers including Lindsay Pollock, Former Editor-in-Chief of Art in America, New York; Adam Sheffer, Partner at Cheim & Read and President, Art Dealers Association of America, New York; Bob Rennie, Collector and Principal, Rennie Collection, Vancouver; Olav Velthuis, Professor at the Department of Sociology of the University of Amsterdam and President of TIAMSA; and Pierre Valentin, Partner Constantine Cannon LLP, London. The Art Basel talks program was free and open to the public. Over 2,500 people attended Conversations this year. All panels were streamed live on Art Basel’s YouTube channel and high-quality videos will be available on the website from next week: artbasel.com/basel/conversations.

Swiss artist Claudia Comte (b. 1983) transformed Basel’s Messeplatz with ‘NOW I WON’, a new monumental outdoor installation taking the form of a fully functioning funfair. Presented for the duration of this year’s Art Basel in Basel and made especially for the show, ‘NOW I WON’ consisted of two parts: an immersive installation, which actively engaged the public to compete in a range of games and competitions and a large-scale sculpture that spelled out the palindrome title of the work: ‘NOW I WON’. Over the six days, 2,500 people took part in the competition to win original artworks by Claudia Comte. The presentation was curated by Chus Martínez, Head of Art Institute at FHNW Academy of Art and Design, Basel.

Visitors to Basel were offered a range of outstanding exhibitions by the city’s leading museums. Major exhibitions coinciding with Art Basel included: the first comprehensive engagement with the medium of photography on Wolfgang Tillmans (b. 1968) at Fondation Beyeler; ‘Richard Serra: Films and Videotapes’, ‘The Hidden Cézanne: From Sketchbook to Canvas’, and ‘Cosmic Communism’, devoted to German painter and sculptor Otto Freundlich (1878-1943), at the Kunstmuseum Basel; an exhibition devoted to Yan Xing (b. 1986) alongside a group show titled ‘Ungestalt’ at the Kunsthalle Basel; Wim Delvoye (b. 1965) at Museum Tinguely; ‘David Claerbout: Olympia’ at Schaulager; and two themed shows: ‘Mudun: Urban Cultures in Transit’ and ‘Together! The New Architecture of the Collective’ at Vitra Design Museum.

On Thursday, June 15, 2017, Theater Basel showed a performance piece by Luxembourg artist Filip Markiewicz (b. 1980) drawn from his work ‘Paradiso Lussemburgo’ (2015) and featuring actors from Theater Basel. The piece reflected the work of actors in today’s Europe, with its interdependencies of politics and pop culture, terrorism and populism.