The Brooklyn-based Art Collective MSCHF who purchased a £25k Damien Hirst spot print and cut out the dots have sold the deconstructed artwork for over £211,000. They sold the sections off for £385 each along with the original paper with 88 holes signed by Hirst’s.

The key to runaway art world success is: merchandising! – MSCHF

Last year MSCHF auctioned off a computer infected with six of the world’s most malicious viruses for $1.3 million. They also designed a system that texts you AI-generated pictures of feet and an app that lets you watch Netflix at work by making it look like you’re on a conference call. Their best-known product is their Nike Jesus Shoes containing with holy water from the River Jordan in the soles. They sold out for $1,425 per pair. 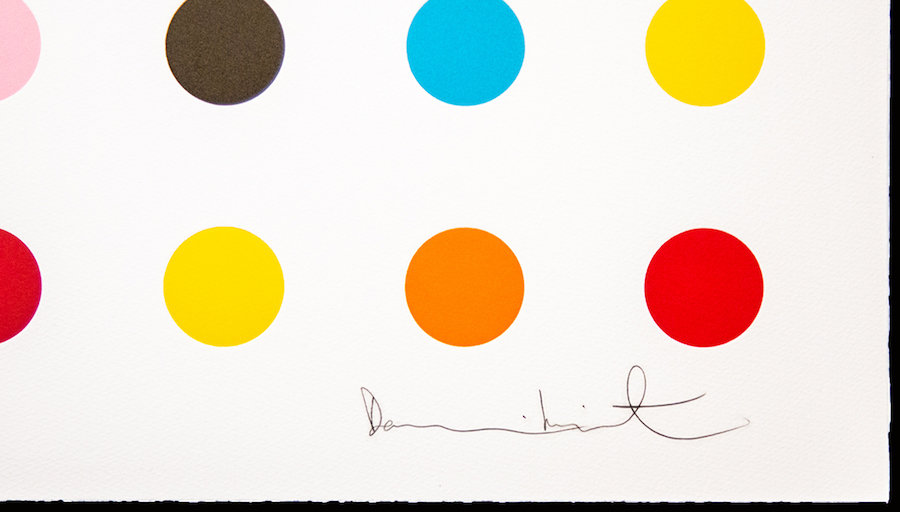 Fine Art – an institution that stands alone, afforded a certain reverence and possessed of some ineffable quality whereby, though its practitioners have acknowledged, critiqued, and toyed with its relationship to value for a century, it still manages to project an aura of independence from baser financial motives. Could there be a more tailor-made vehicle for the affluent to store their wealth?

Artworks are the archetypical value sink, the Trillion Dollar Coin. Judged by esoteric and self-referential aesthetic and conceptual values, then purchased, uncomprehended and sight unseen, and stashed in freeports where the paintings stay, awaiting the day they might be brought to light once more (though not, surely, removed from their acid-free wrapping), to be flipped like a giant bill in colourful currency arbitrage.

We bought a Damien Hirst and the first thing the seller asked us was “know anybody in Connecticut to ship it to?” for who in their right mind thinks of anything, upon acquiring work by one of the 21st century’s most name-recognizable artists, than to flinch from the waiting blow of New York sales tax? 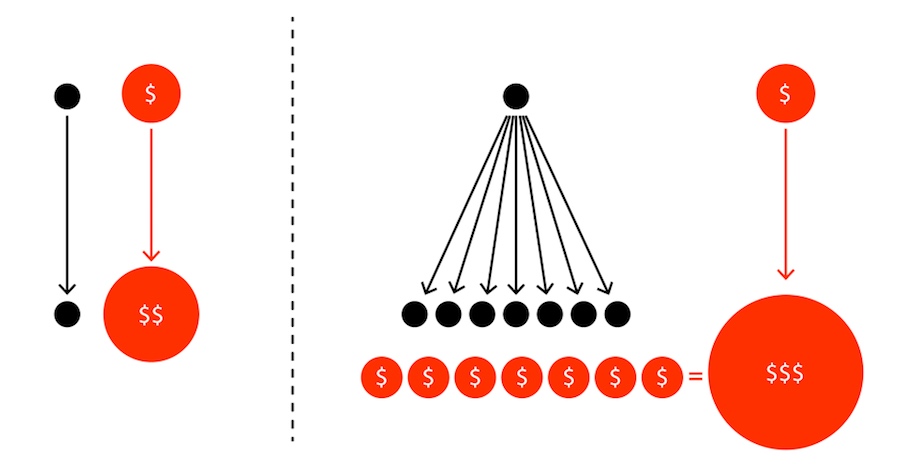 We’re getting more overt, at large, about playing this speculative game. Fractionalized ownership and pooled investment have expanded access to investment into such appreciation-prone assets as distasteful luxury cars and clone-stamped wall works by the Art the world’s whales (one wonders whether our boy D perhaps even literally leapt over that shark, as it sank in its formaldehyde sea).

From one owner to many – a distinction immaterial as long as the piece is destined for a storage locker in Gibraltar. The difference, of course, is that we’ve taken it literally and made a stop at the knife shop while we’re at it.

The key to runaway art world success is: merchandising! Who wants to make one-offs when the market has so much appetite? Lord knows your cup runneth over with art school interns, each possessed of hand-eye coordination, colour sense, and desperation. But let’s take it a step further – maybe we don’t need more zombie wall works, we just need to distribute the ones we’ve got! After all, there’s so many that we half expect the paper store to be selling them next to the Strathmore. And what’s the fun in pooling investment and not getting anything to show for it? At least a company can still, if you really want, print you out a stock certificate. Indulge in a bit of creative destruction and – with slice here and a slice there – we’ll make something new.