Adonis Real and Adam Titcher, both prominent Yuga Lab NFT collectors, have filed a class-action lawsuit with the Federal Central District Court of California alleging that Yuga Labs paid celebrities like Madonna and Justin Bieber to endorse their products while making them look like these well-known personalities collected the NFT’s themselves. This allegedly artificially boosted the value of their Bored Ape and CryptoPunks brand resulting in billions of dollars in sales and re-sales.

The 37 defendants in the suit also include Paris Hilton, Stephen Curry, Serena Williams, Jimmy Fallon, and the hypester of the NFT boom Mike Winkelmann better known as Beeple, whose NFT collection Everyday: the First 5,000 Days sold for $69 million at Christie’s in March 2021.

The plaintiffs are demanding damages in excess of $5 million. 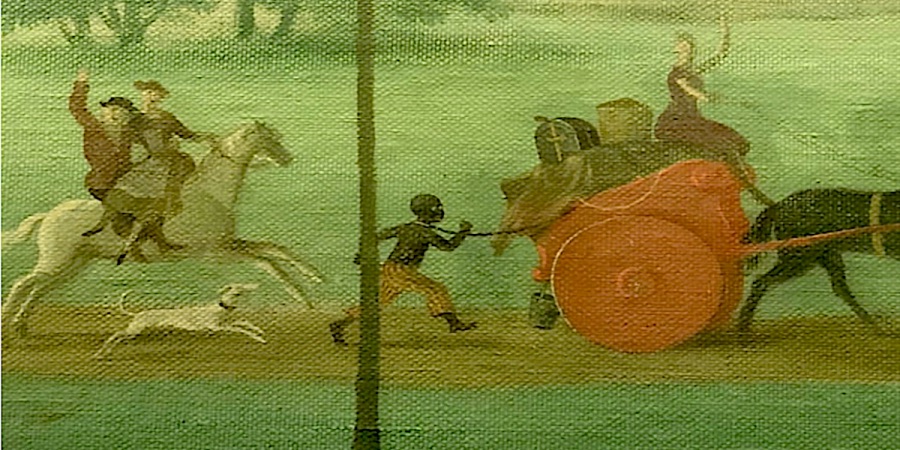 Tate Britain’s ‘Racist’ Mural Back On Show Next Autumn

Tate have announced that the celebrated British artist Keith Piper will create a new work to be shown alongside the 1927 Tate Mural painted by Rex Whistler ‘The Pursuit of Rare Meats. The mural was deemed, ‘passed its sell by date’ and ‘racist’ by many visitors to the restaurant where the grade II listed mural was displayed.

Keith Piper (b.1960) is renowned for his artistic responses to specific historical relationships and geographical sites. He rose to prominence in the 1980s as a founder member of the BLK Art Group and has gone on to stage solo exhibitions at museums and galleries across the UK, Europe and USA. His output as an artist ranges from painting and photography to video and digital media. Piper also works as a curator, researcher and academic and is an Associate Professor at Middlesex University, London.

Alex Farquharson, Director of Tate Britain, said: “Keith Piper’s work has always reflected his deep interest in important but overlooked histories, particularly a longstanding engagement with issues of race and the legacies of empire. Piper’s unique voice will bring a vital new perspective to the room, juxtaposing past and present in an ongoing conversation, as we often seek to do in Tate Britain’s programme today.”

Keith Piper said: “The ‘interwar’ years fascinate me. On the one hand, we have the creative rebellion and hedonistic excess of the ‘Roaring Twenties and its ‘Bright Young Things’. On the other, we have paranoia and polarisation across the country, as seen in the anti-black riots of 1919 and the reactionary and racist ideologies gripped sections of British society. Rex Whistler’s mural sits at the confluence of multiple influences from that period and becomes a fascinating window into a complex era.”

It was announced this year that a contemporary artist would be invited to create a new site-specific installation alongside the mural; that the room would reopen as a display space that critically engages with the mural’s history and content, including its racist imagery; and that Tate Eats would look to develop new dining offers in other spaces at Tate Britain in due course. This approach was developed through a series of discussions held in 2021, which invited voices from inside and outside Tate to explore possible next steps, including artists, art historians, cultural advisors, civic representatives and young creative practitioners. Tate is responsible for the mural, and the gallery’s approach needs to create an appropriate context for it to be viewed and allow this context to evolve over time.

Piper’s new work is currently in production and will be unveiled in autumn 2023.

The National Portrait Gallery in London has announced that it will reopen its doors on 22 June 2023, following the most significant redevelopment in its history. Supported by long standing supporter and Reopening Partner Herbert Smith Freehills, visitors to the new National Portrait Gallery will experience a complete redisplay of the Collection, a transformational refurbishment of the building, and an enhanced welcome and greater access through the new Ross Place entrance.

The redevelopment project – titled Inspiring People – has included a comprehensive redisplay of the Gallery’s Collection from the Tudors to today, which will be displayed in beautifully refurbished galleries, and the restoration of the Grade I listed building and many historic features. The designs, by Jamie Fobert Architects working in partnership with Purcell, and thanks to the historic gift from the Blavatnik Family Foundation, will incorporate the Blavatnik Wing, the entire first floor encompassing nine galleries, which will explore society and culture in the 19th and early 20th centuries. The designs will also see the return of the Gallery’s East Wing to public use as the Weston Wing, restoring original gallery spaces and creating new retail and catering facilities. In addition, the Gallery’s Ross Place entrance will create three new doors, converted from large windows, opening up the North Façade of the building in St Martin’s Place. A new Learning Centre will also welcome visitors of all ages with studios, breakout spaces, and high-quality facilities.

In addition to the Blavatnik Family Foundation gift, the Inspiring People project has been supported by a significant grant from The National Lottery Heritage Fund thanks to money raised by National Lottery players, in addition to substantial donations from the Garfield Weston Foundation, the Ross Foundation, Mildred and Simon Palley, the Julia and Hans Rausing Trust, the David and Claudia Harding Foundation, Bjorn and Inger Saven, the Law Family Charitable Foundation, the Deborah Loeb Brice Foundation and Art Fund. The National Portrait Gallery is grateful to these visionary supporters, alongside others who are making the building project and its related activity possible.

Dr Nicholas Cullinan, the Director of the National Portrait Gallery, said: “As we approach 2023, the countdown to our reopening after the largest and most comprehensive redevelopment in our history has well and truly begun. I am thrilled to be able to announce the date that our new doors will open to the public, and we eagerly look forward to welcoming visitors back into our transformed Gallery in June.”