Can Art Basel Take Place Without The Brits and Americans?

Art Basel, which should have taken place last Spring, will be held from September 21 through 26. Several safety precautions have been added to the event. The gate limit will see a 30% drop in visitors, and the VIP opening will be extended by one day.

Originally the fair stated that visitors would need to provide either proof of full vaccination, a recent negative COVID-19 test, or proof of sufficient antibodies. However, the Swiss Government has announced that non-Swiss visitors and participants given the Astra Zeneca Covid-19 vaccine will not be allowed entry to the fair. Officials feel it is insufficiently effective against the Delta variant to enable access to large-scale live events, although it is sufficient to permit entry into Switzerland.

The fair’s success is also threatened by US guidelines issued on August 30, which advise citizens not to travel to Switzerland owing to a rise in Covid-19 cases. Stand holders and visitors collecting their certificates must provide the original documents and vaccine proof plus passport or photo ID at the certification booth.

Banksy Shred-Art Back On Market For £6m

As the final hammer fell at a Sotheby’s Contemporary Art Evening Auction in 2018, history was made: It marked the first time a piece of live performance art had been sold at auction. As the packed saleroom looked on, the final lot of the sale — Banksy’s Girl with Balloon — was in the midst of an intense bidding battle from buyers in the room and on the phones, but what was to follow dominated headlines the world over, taking the art world by storm and prompting speculation and debate. Seconds after the hammer fell, part of the canvas passed through a hidden shredder, and in the process of ‘destroying the artwork, a new one was created. This artwork sold for $1.4m, three years ago, and it is now being reoffered at the same auction house carrying a £4-6m estimate.

I can’t believe you morons actually buy this Shit – Banksy

In a 2017 poll of UK arts writers to discover the nation’s favourite artwork, Banksy’s Balloon Girl came out at number one. The painting was housed in an ‘artist’s frame’, a large, heavy, Victorian-style frame of the kind often used by Banksy to poke fun at the establishment. He has previously pulled stunts in some of the world’s most respected museums and galleries, such as the Louvre, Tate Britain, the British Museum, the Museum of Modern Art, and the Metropolitan Museum of Art, covertly hanging his own works alongside the permanent collection. In many cases, it took some time for these subversive interventions to be detected. In doing so, and in this latest action at Sotheby’s, Banksy has cleverly nestled himself in the pages of art history.

The new work has been granted a certificate by Pest Control, Banksy’s authentication body, and has been given a new title, Love is in the Bin. The buyer, a female European collector and a long-standing client of Sotheby’s are proceeding with the purchase at the same price as was achieved in the room on the night. The buyer commented: “When the hammer came down last week, and the work was shredded, I was at first shocked, but gradually I began to realise that I would end up with my own piece of art history.” 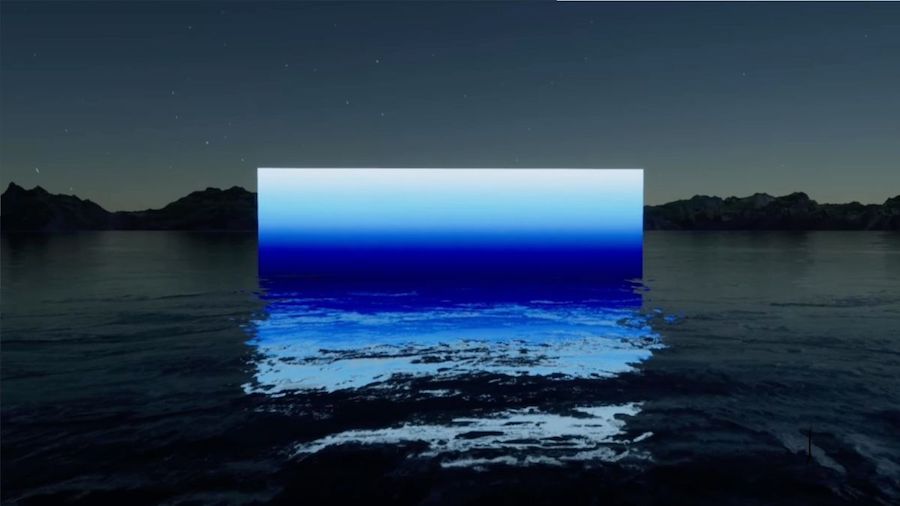 The physical exhibition at Unit London in Covent Garden offers a bridge between the digital and physical worlds, with visitors viewing NFTs on screens. Accessed via new metaverse technology from Arium, the virtual exhibition invites viewers to navigate a browser-based space with 3D video chat, allowing art lovers from across the world to visit the exhibition remotely. NFTism: No Fear in Trying will include a range of interactive works enjoyed through various means, including augmented reality, VR headsets, and digital screens.

Alongside NFTs, Institut will also offer physical artwork collectables and editions, acting as a gateway for traditional art world collectors to enter the NFT market. Showing artists and artworks from both the “traditional” and digital worlds, the exhibition reflects Institut’s work towards driving new perspectives in the art world. 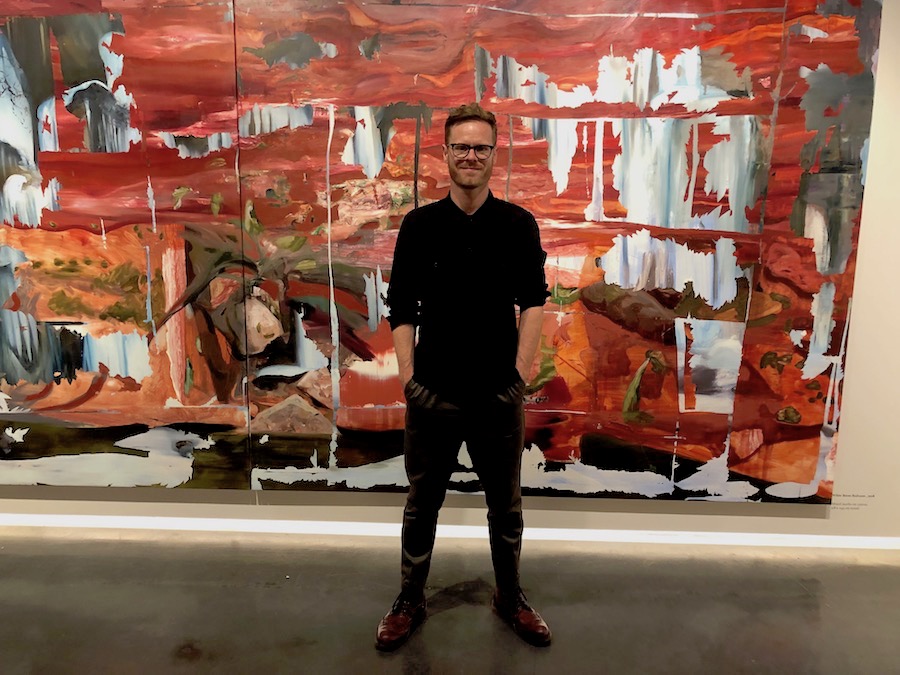 The show’s title, drawn from the poem “Metamorphosis” by Louise Glück, is evocative of this shift. For Hagler, the verse speaks to life during the global pandemic, the birth of his now ten-month-old daughter and his relocation to rural New Mexico. Relinquishing socio-political messaging in favour of a more intimate sense of being attentive to his immediate world, he sets an important parameter for the exhibition: to respond only to the visual information he encounters in his day-to-day life.

David Anfam notes; “Joshua Hagler’s recent works mark an important move forward into mysterious, more intuitive realms. Memory plays a key role, but so does Hagler’s visceral contact with the surrounding reality. This includes the deserted buildings and fire-scorched landscape of southwestern New Mexico where he lives – as well as the birth of his daughter not long ago. Distant echoes from the Old Masters mingle with brooding chromatic fields to create blurred yet vivid cartography of consciousness. At once dream-like and intensely physical, Hagler’s painterly meditations on life, love, death and landscape could not be more timely as visual poems addressing existence in today’s troubled world.”