The London Summer Art week which includes Contemporary auctions at both Christie’s and Sotheby’s, Masterpiece London the art fair recently acquired by Art Basel as well a Olympia and newcomer FairForSaatchi is well on the way. 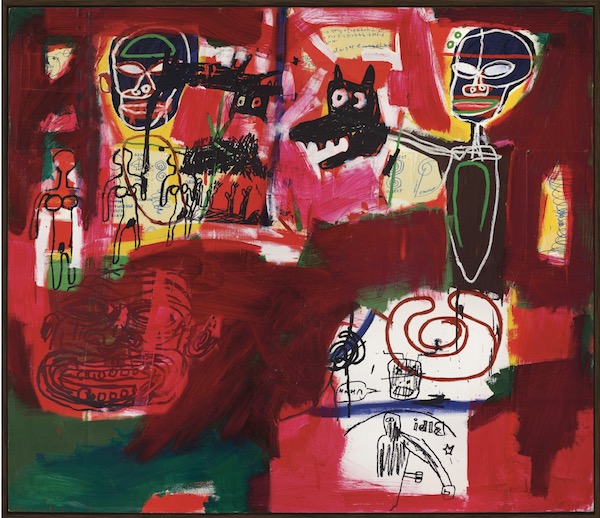 Pop Art, Abstract Expressionism and Tachisme, soared the top-priced work, which stands among the most significant paintings in Dubuffet’s celebrated ‘Paris Circus’ series, was made just a few months after the artist’s return to Paris after six years in the countryside. Alive with kaleidoscopic texture and colour, it captures the newfound joie de vivre that swept the French capital during the early 1960s.

The second and third highest prices on the night came for works by Jean-Michel Basquiat and Francis Bacon respectively. Basquiat’s Sabado por la Noche (Saturday Night), a vibrant and multi-layered work from 1984, realised £8,378,250. The painting comes from a crucial period in the artist’s career. In August 1983 he had moved into a loft space owned by Andy Warhol, and the two artists did their first collaborative works in silkscreen and paint shortly afterwards. His rise to global fame then continued with a first solo museum show in 1984, which debuted in Edinburgh before travelling to London’s Institute of Contemporary Art. 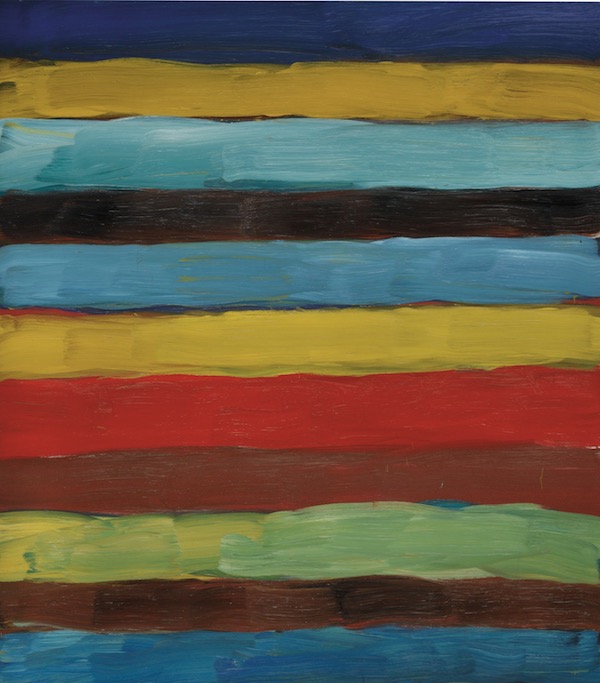 Sean Scully (b. 1945) Landline Red Horizon Price realised GBP 911,250 – ‘Man at a Washbasin’ (1954) is a powerful and haunting work from Bacon’s significant ‘blue’ period, and depicts a nude male figure based on the artist’s lover at the time, Peter Lacy, suspended in a void of vibrant, midnight blue. A picture of a complicated love — Lacy was a former fighter pilot who was prone to bouts of rage, the work sold for £5,109,450.

The auction saw global participation and competitive bidding, set several new artist records. Tschabalala Self’s Out of Body (2015) which combines oil paint with swathes of patterned fabric sold for £371,250, more than six times its high estimate, setting a new world record for the artist at auction.

Man Versus Look, Versus Life, Versus Time, Versus Man About by Derek Boshier fetched £237,500, which set a new world record price for the artist at auction. This early work was painted in 1962, the year that Boshier, alongside his friends David Hockney and Allen Jones, graduated from London’s Royal College of Art and showed together at Young Contemporaries, a group exhibition widely recognised as the foundational moment of British Pop. 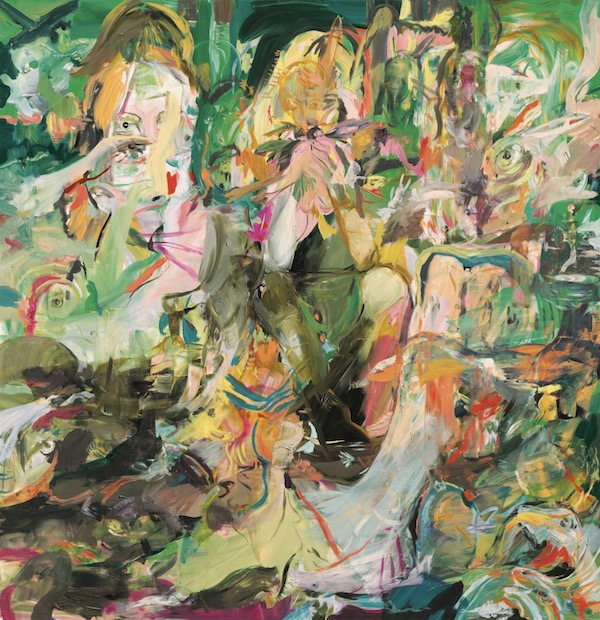 Other results worth mentioning included Amy Sillman’s Cliff 1 from 2005, which soared above its high estimate before realising £323,250 after several minutes of intense bidding; Cecily Brown’s Blonde Eating Birds (2011-2012), which sold for £1,571,250, almost doubling its low estimate; and Gerhard Richter’s Musa from 2009, which achieved £1,031,250, a world auction record for a tapestry by the artist. Antony Gormley’s Vise, which is part of the artist’s celebrated ‘Cast Blockworks’ series, cruised past its high estimate before selling for £575,250.

Four Idioms on Negro Art #4: Primitivism, a 2015 large-scale painting by Kara Walker, also breezed past its high estimate before achieving £395,250, a world record price for the artist at auction. The work, which features four black figures silhouetted against an electrifying cobalt blue background, is part of a series of large-scale works that satirise American ideas about stereotypes, sex and violence. Walker’s new site-specific work for Tate’s Turbine Hall will be unveiled in October 2019.