A long lost painting attributed by a French provincial auction house to Caravaggio, which languished in a chateau attic in France, for over 100 years goes under the hammer at La Halle aux Grains in Toulouse, on June 27.

The much-hyped work just back from a world tour could achieve up to the presale estimate of €100 million to €150 million ($114 million to $171 million). But is this the real deal? If Judith and Holofernes (1571-1610) is a long lost painting by Caravaggio, it is worth the auction estimate. If it is not it could be yet another disputed work of art like the Salvator Mundi attributed to Leonardo da Vinci by some experts however disputed by others including the Louvre.

“It’s not a dilemma, not necessarily a surprise since opinions on the attribution are divided.” – Mina Gregori

Mina Gregori, an old masters’ expert stated in the New York Times that she thought the painting was a copy by the Flemish artist Louis Finson. Richard Spear, an Italian Baroque expert at Princeton University, says: “It’s not a dilemma, not necessarily a surprise since opinions on the attribution are divided.” The work shows changes consistent with an original and is not an exact copy.

Lost for 100 Years in an Attic

Old Master dealer and appraiser Eric Turquin, who gave it his seal of approval as a lost work of the Italian Renaissance master, said: “I am more convinced than ever that the picture is the lost Caravaggio seen by [the Flemish painter] Frans Pourbus in 1607.”

Historians have pointed to a 1607 letter from the Flemish painter Frans Pourbus the Younger who recorded the work in the studio of Caravaggio. The canvas is also mentioned in Finson’s 1617 will, and again two years later in an inventory of the estate of his associate Abraham Vinck. After that, the trail goes cold.

The sale of Masterpiece Established as ‘The Lost Caravaggio’ Old Master painting to be sold in Toulouse by Maison de Ventes Marc Labarbe at 6pm on June 27.

The painting was discovered by the auctioneer Marc Labarbe five years ago in an attic in Toulouse, France, where it had lain forgotten for over 100 years, will be sold at auction at 6pm on June 27, 2019, in Toulouse in collaboration with the art appraisal firm Cabinet Turquin.

The painting has recently been exhibited in London, Paris, New York and Toulouse before being sold at auction in Toulouse. The painting by Caravaggio, “Judith and Holofernes’, has been estimated by Cabinet Turquin at €100/150 million and will be offered at auction by Marc Labarbe SVV in Toulouse. The sale, organized by Marc Labarbe with Cabinet Turquin, is without reserve and bidding will start at 30 million.

The authenticity of the rediscovered work, which is in exceptional condition for a painting dating from 1607, is not without controversy. Some experts of the work of the Lombardi master have supported the attribution to Caravaggio.

It has also been confirmed by many scientific analyses and supported by the results of a recent light cleaning of the old varnish. Scientific studies reveal a complete concordance of the painting with the works of Caravaggio dating from 1600-1607 in both the preparation and the stages of execution.

In 2014, Marc Labarbe, a Toulouse-based auctioneer known for having discovered a Chinese imperial scroll in 2011, sold for €22 million – the highest price ever fetched at auction for an Imperial Chinese painting – received a call from one of his clients in Toulouse. While clearing out the attic, the client had discovered a picture belonging to his family. Labarbe quickly recognized it as a prominent 17th-century Italian work. 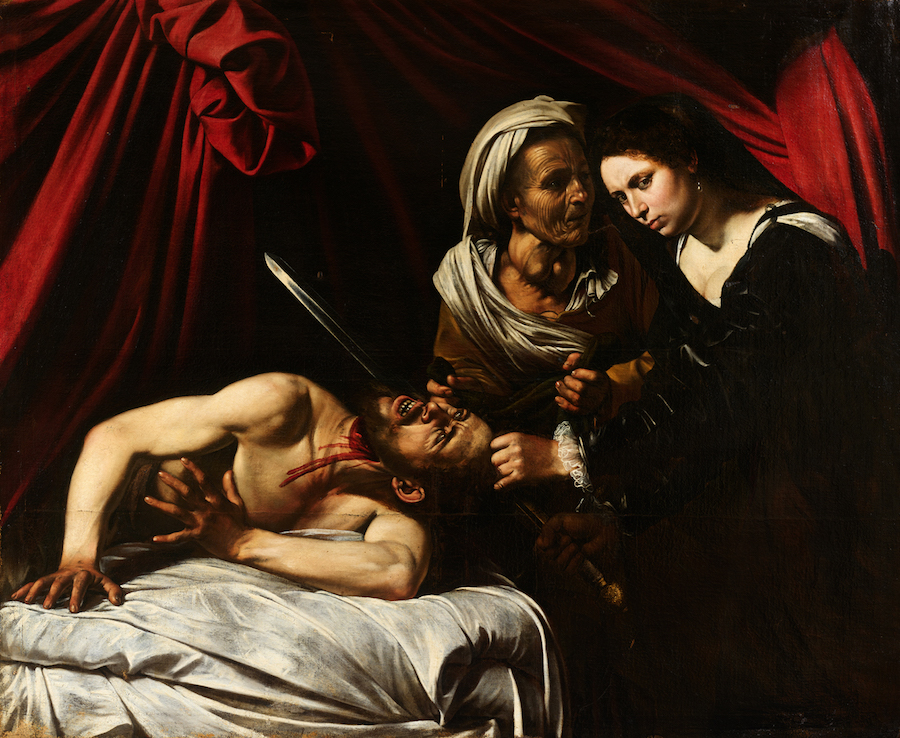 Judith and Holofernes (1571-1610) Is this a long lost painting by Caravaggio?

He called on the art appraiser Eric Turquin, a renowned expert in Old Master paintings, who, together with his team, researched the canvas for two years in the greatest secrecy. All the experts recognized it as a significant work, and while the research continued, the French Ministry of Culture classified it as a National Treasure, which prevented it from being taken out of the country for 30 months. The deadline expired December 24 2018, making it possible for the painting to circulate freely. The canvas has now been lightly cleaned and will be auctioned on June 27, 2019, in Toulouse.

The vendors family has lived in Toulouse for decades and descends from a Napoleonic officer who participated in the Spanish campaign from 1808 to 1814. Forty years ago, their relatives sold another famous painting that dated from the Spanish Golden Age. A few years before the discovery of the present picture, incompetent thieves stripped this same attic of a certain number of small objects while Judith and Holofernes, asleep under the eaves, luckily remained unnoticed.

The painting’s remarkable state of preservation, exceptional for a 400-year-old work, is an indication that it has probably passed through few hands since it was remounted around 1800. If the picture sells It will most likely be bought by a Middle Eastern collector or institution. In our opinion, the work is a far more convincing case than the Da Vinci Salvator Mundi. Let’s see what happens!

The doors open between 4 pm and 5.30 pm, no admission after 5.30 pm – The auction will be live broadcasted on www.thetoulousecaravaggio.com