Poland’s Czartoryski collection, a world-famous art collection, that includes Leonardo da Vinci’s Lady with an Ermine and Rembrandt’s Landscape with the Good Samaritan has agreed to sell the masterpieces to the Polish Government for a fraction of the market value.

The collection valued at about €2bn was sold for €100m ($105m; £85m) The Czartoryski family, said it was a “donation”, but the board of its foundation resigned in protest. The Foundation’s management board said it was not consulted about the sale, which was negotiated between Poland’s culture ministry and Adam Karol Czartoryski, a descendant of Princess Izabela Czartoryska, who founded the collection in 1802. 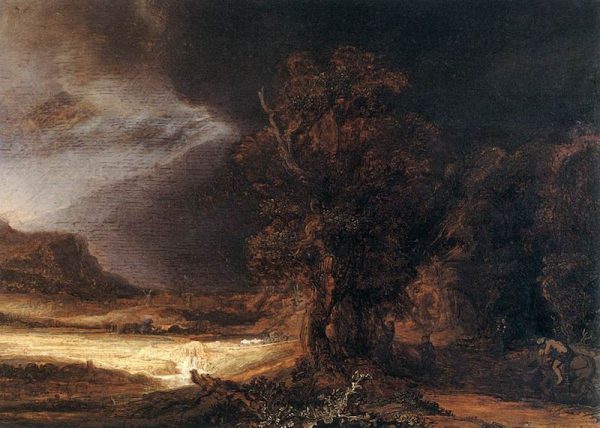 Rembrandt’s Landscape with the Good Samaritan”

Mr. Czartoryski, the foundation’s head, said he was following his ancestors who “always worked for the Polish nation”. “I felt like making a donation and that’s my choice,” he said. The collection of about 86,000 artefacts, as well as 250,000 manuscripts and books, are housed in the National Museum in the southern city of Krakow. The ruling conservative and Eurosceptic Law and Justice party have been pushing to nationalise important businesses and cultural artefacts, as part of a focus on national pride.

Minister of Culture Piotr Glinski said the sale “ensures the right of the Polish nation to the collection”. Poland’s culture ministry said negotiations for the collection had taken several months. The Czartoryski Foundation’s board of management said it did not oppose selling the collection to the government, but that it was concerned that selling without due diligence – including estimating a fair price – may be against its bylaws, Reuters reported. Chairman Marian Wolkowski-Wolski told the news agency there was a risk of the collection’s eventual dispersal out of public control.

Lady with an Ermine, painted in 1490, is one of only four portraits of women by Da Vinci. It shows Cecilia Gallerani, a young woman in the Milanese court who was mistress to Ludovico Sforza, the Duke of Milan. His nickname at court was “the white ermine” – explaining the animal’s presence in her arms. It was stolen from Poland by Nazi forces during World War Two, but later repatriated and restored to its owners.

New techniques revealed that the painting had been changed at least twice – with the ermine only being added in a later version.