Damien Hirst’s Paper Veils paintings launched on the primary art market platform HENI in late November, but it is hard to say how they are doing in terms of sales. The offer ends on 6 December.

Paper Veils consists of a series of 300 original paintings completed in 2019. They are smaller versions of the monumental canvases Veil Paintings (2017), immersing viewers in the artist’s world of striking colour and sensuous gesture on an intimate scale. Thick, clustered, and colourful brushstrokes are organised into constellations that form seemingly infinite layers, which – like a veil – appear to both reveal and obscure. As Hirst describes the Veil Paintings, ‘I want you to get lost in them, I want you to fall into them, and I want them to delight your eyes and make you want to stay in the painting.’

The Paper suggests a constant state of transformation, appearing to Hirst during their production. ‘like the stars in a milky way or like details of plants, or exploding fireworks in the sky or fields of colourful countryside seen from the air.’

With unequivocally positive titles like ‘Seraphic Veil’ and ‘Arcadian Veil’, the paintings evoke dream-like possibilities and, in Hirst’s words, represent a massive celebration.’

The sales of Paper Veils on HENI Primary are application-based, and customers will have the opportunity to specify three preferred artworks from the series during this process. The application period ends Tuesday, 6 December, at 5 pm GMT.

All works from Damien Hirst’s Paper Veils series will be viewed from 16 November at HENI Gallery, 1st Floor, 6-10 Lexington St, Soho, London. The HENI Gallery will be open daily from 10 am-6 pm during the application period. Line em up! 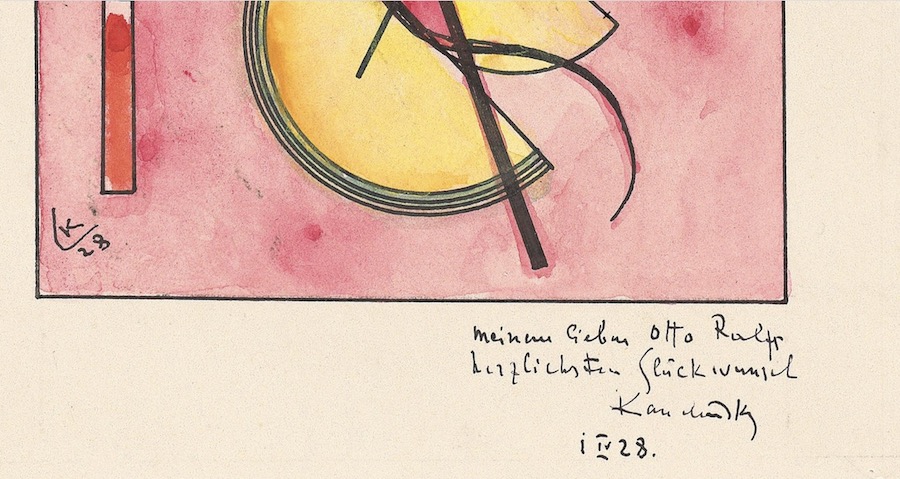 A German auction house has precluded the sale of an untitled 1928 painting by the Russian artist Wassily Kandinsky. It follows Polish authorities threatening to take legal action as it is believed the painting had been stolen from a Warsaw museum four decades ago. The picture has appeared on the Art Loss Register for decades questioning how well the provenance was checked before the sale.

The abstract painting Sold for 387,500 EUR (incl. premium) on Friday; however, The Polish Culture Minister Piotr Glinski accused Grisebach of trying to sell the artwork despite knowing that it had been stolen. In addition, the watercolour was allegedly stamped with the museum’s identification stamp reverso. 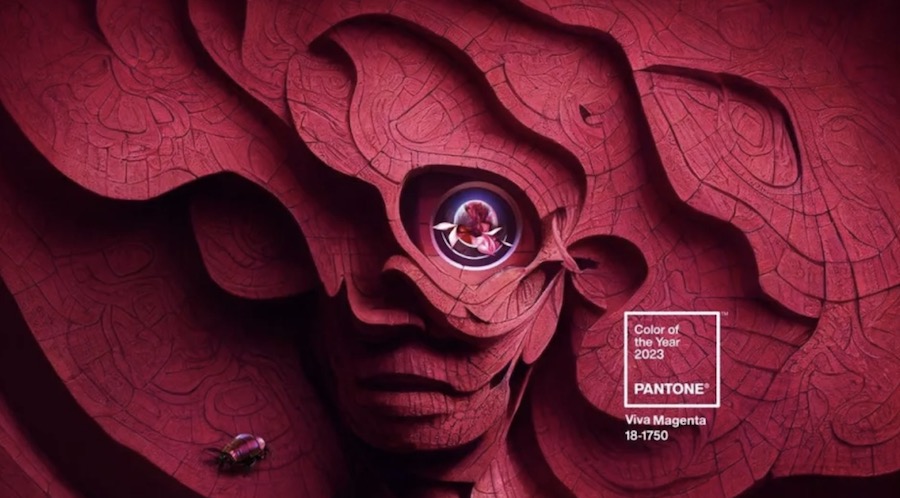 Pantone Colour Of The Year-2023

Viva Magenta Is Pantone Colour Of The Year 2023

Pantone’s Color of the Year has been announced for 2023. Viva Magenta 18-1750 vibrates with vim and vigour. It is a shade rooted in nature descending from the red family and expressive of a new signal of strength. Viva Magenta is fearless and a pulsating colour whose exuberance promotes a joyous and optimistic celebration, writing a new narrative.

This year’s Colour of the Year is powerful and empowering. It is a new animated red that revels in pure joy, encouraging experimentation and self-expression without restraint, an electrifying and boundaryless shade that manifests as a stand-out statement. PANTONE 18-1750 Viva Magenta welcomes anyone and everyone with the same verve for life and rebellious spirit. It is a colour that is audacious, full of wit and inclusive of all.

In this age of technology, Pantone looks to draw inspiration from nature and what is real. PANTONE 18-1750 Viva Magenta descends from the red family. It is inspired by the red of cochineal, one of the most precious dyes belonging to the natural dye family and one of the strongest and brightest the world has known.