The Photographers’ Gallery London has revealed exhibition details of the 2023 edition and the shortlist for the Deutsche Börse Photography Foundation Prize.

The 2023 exhibition will feature work by the four international shortlisted artists: Bieke Depoorter, Samuel Fosso, Arthur Jafa and Frida Orupabo, at The Photographers’ Gallery, London, from 3 March until 11 June 2023. The exhibition will tour to the Muzeum Fotografii w Krakowie, Krakow, Poland (30 June to 17 September 2023).

Originally established in 1996 and organised in partnership with the Deutsche Börse Photography Foundation in Frankfurt/Main since 2016, this long-standing and influential annual Prize identifies and rewards artists and their projects considered to have made the most significant contribution to photography over the previous 12 months.

Over its 27-year history, the Prize has become renowned as one of the most important international awards for photographers, as well as a barometer of photographic development, foregrounding outstanding, innovative and thought-provoking work. This year’s shortlisted artists all push the boundaries of photography and exemplify its resonance and relevance as a cultural force today.

The complex ethical relationship and boundaries which have rarely been explored between the photographer and their subject provide the focus for Bieke Depoorter’s intense scrutiny of her relationship with her subjects. Drawing upon the West African tradition of studio portraiture, Samuel Fosso repurposes this genre through self portraiture by creating startling new identities, based on social archetypes as well as real historical figures. Drawing from a rich collection of images, film footage and music, Arthur Jafa uncompromisingly articulates Black experience, providing us with an exercise in visual literacy, confronting us with a new Black aesthetic which avoids fixed hierarchies and linear storytelling. Giving sculptural form to photo collage, Frida Orupabo reimagines the historical Black female body through her extraordinary multilayered collages and Instagram posts using material circulated online.

Bieke Depoorter (b. 1986, Kortrijk, Belgium) blurs the traditional relationship between photographer and subject. She questions the role and responsibilities of the photographer, the possibility or impossibility of truth in representation and grapples with personal and professional boundaries. Her nominated project presents two unfolding, ongoing, bodies of work, Michael and Agata. In both, a chance encounter develops into an enduring personal relationship and, thereafter, into an interrogation of the medium. A selection of work from the Michael project will be on display at The Photographers’ Gallery.

In Michael, Depoorter examines the life and the disappearance of a man she met on the streets of Portland, Oregon in 2015. Gifted three suitcases of Michael’s personal items, sketchbooks and essays, his subsequent disappearance turns Depoorter detective. Depoorter’s work documents her immersive, perhaps obsessive, quest to find Michael and to understand his life. In Agata, a first meeting in a Parisian strip-club in 2017 evolves with complex tension into an intricate, changing narrative. The project explores questions of collaboration, the limits of a creative friendship, performance, boundaries and authorship. 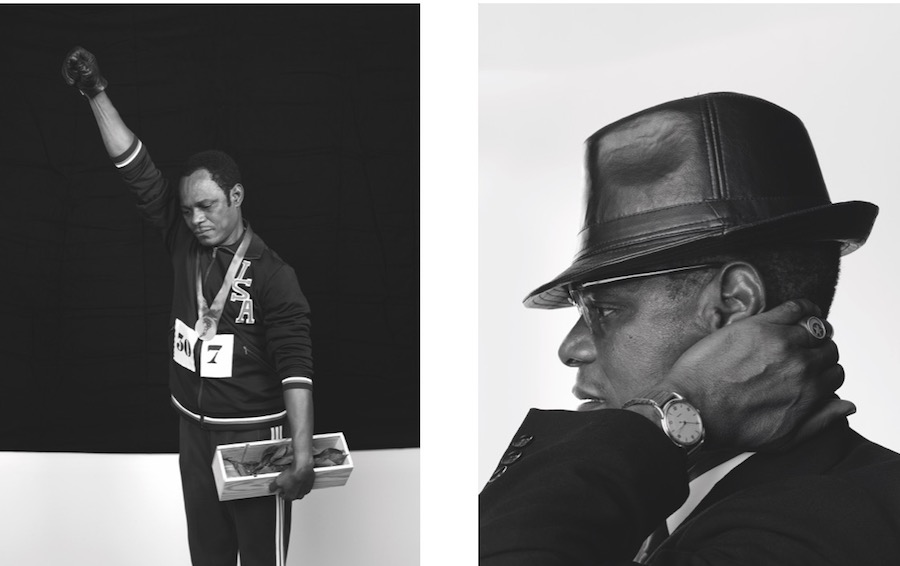 Raised in Nigeria, Fosso fled the Biafran War as a young boy, and in 1972 was taken in by an uncle in Bangui in the Central African Republic. In 1975, at the age of thirteen, Fosso opened his Studio Photo Nationale. Alongside commercial work, Fosso immediately began a series of self-portraits – a mode of representation he has never abandoned. Playing the role of key historical figures and social archetypes in front of the camera, Fosso embodies a powerful way of existing in the world, and a vivid demonstration of photography’s role in the construction of myths. 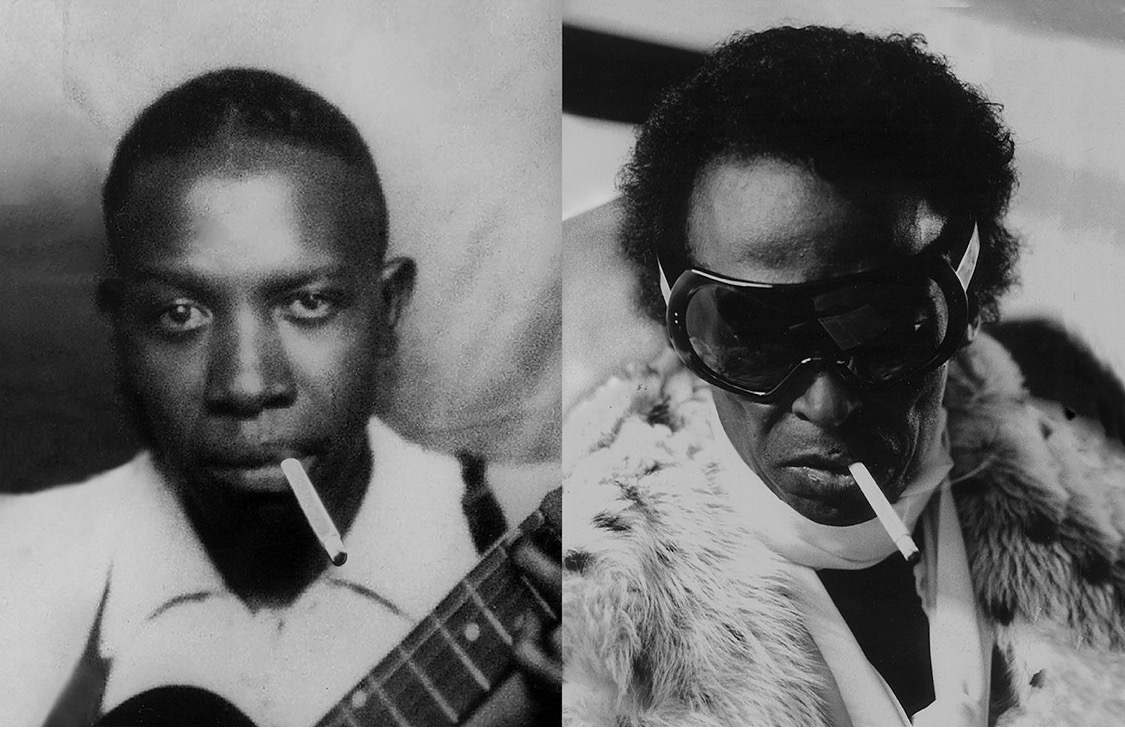 Arthur Jafa (b. 1960, Tupelo, Mississippi, United States) is an artist and filmmaker. Nominated for the largest and most comprehensive exhibition of his work to date, Jafa draws upon a substantial collection of film and still images, creating visceral, dynamic films and room-sized installations. In the gallery space and on the screen, Jafa derives power from astute juxtaposition and lyrical, syncopated editing. Since the 1980s, Jafa has been accumulating and assembling pictures from books and magazines, arranging this imagery in new constellations within notebooks and latterly within dynamic artworks. For ready-made moving images, YouTube remains a favourite resource, alongside news footage and home video. By placing one resonant cultural artefact next to another Jafa references and questions the universal and specific articulations of Black experience. Eschewing a linear narrative, Jafa organises his material through formal and affective associations, linking his images through visual resemblance or thematic resonance. In this way Jafa aspires to an art that harnesses “the power, beauty, and alienation of black music.” 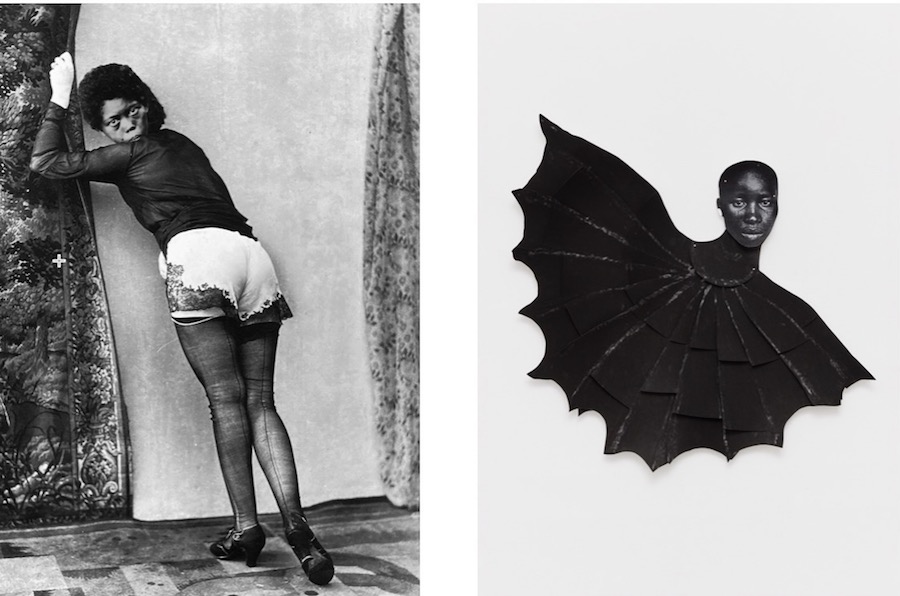 Frida Orupabo – for her exhibition I have seen a million pictures of my face and  still I have no idea, Fotomuseum Winterthur (26 February – 29 May 2022).

The sculptural collages and digital works of Frida Orupabo (b. 1986, Sarpsborg, Norway) are multi-layered formations, exploring questions of race, sexuality and identity. Orupabo, a Norwegian Nigerian artist and sociologist, grounds her inquiry in her own experience of cultural belonging. Utilising visual material circulating online, spanning colonial-era photographs and ethnographic relics to contemporary imagery, Orupabo’s hand-wrought works re-arrange and re-make the archive. The resulting images take the shape of fragmented Black, mostly female-bodied, figures. These figures, first dislocated, are reassembled layer by layer in a complex and poetic manoeuvre that simultaneously denounces one-dimensional depictions of Black lives. Her collaged cut-outs hold our gaze and invite various readings of the stories and lives of the people depicted, many of whom are entirely absent from the archives. In this way Orupabo invites a consideration of how photography significantly contributes to the formation and perpetuation of colonial power relations and violence.

A programme of talks and events will take place during the exhibition about the artists and their work. On 1 February, ‘On Photography’ – an online roundtable talk – will explore the role of photography and the most urgent issues facing photographers today.