Duggie Fields, who died yesterday, was one of the new figurative painters that defined Britain in the 1970s and 80s. His work was internationally influential, especially his graphic sensibility. His fashion sense was second to none. He emerged in the early seventies as a fashion icon in the book Cheap Chic, and along with his friends the clothes designer Zandra Rhodes, Artists Andrew Logan, and Kevin Whitney created precedence for style, glamour, and art not seen outside of Andy Warhol’s Factory scene.

GQ editor Dylan Jones wrote: “I’ve just found out that #duggiefields has died. He was one of the greatest artists this country has ever produced, although the establishment was always very sniffy about him. As I hadn’t seen him for some time, he was the first person I took to lunch when the first lockdown ended last year, and he told me about the awful disease he’d been fighting. We went to a restaurant and spent three pleased hours together. But that was six months ago, and his health just deteriorated. He was a lovely, lovely man and a huge, huge talent. His work was last on display at a group show, Them, in Cork Street early last year, although he deserves an enormous retrospective at the Tate. His flat, in West London (which he used to share with Syd Barrett), should be enshrined and protected, as it was – and still is – a living museum. I first met him over 40 years ago, in a nightclub – could have been the Blitz, could have been the Embassy, could have been Club For Heroes, and always saw him at the Alternative Miss Worlds. He was also a huge supporter of London Fashion Week. He was London through and through. We will miss you, Duggie x”. 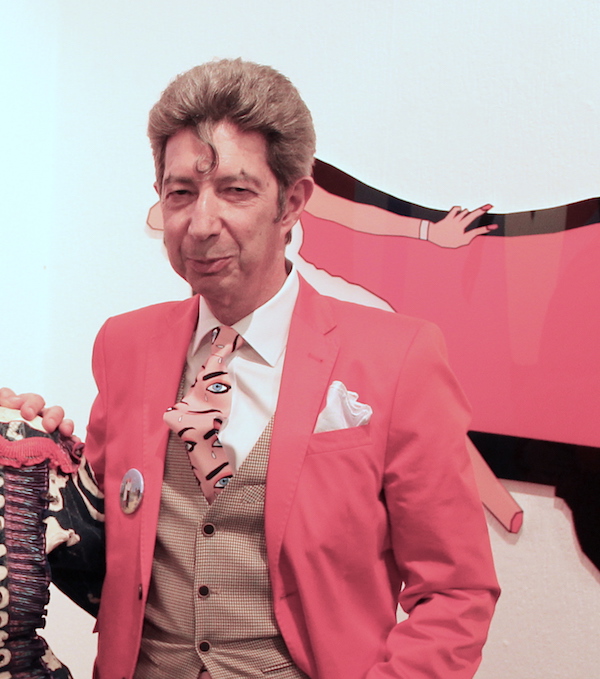 Fields’ work was best defined as Post Modernist by nature and design. It was contemporary with the Memphis Group of artists and designers in Italy and likely influenced many in the group. It was also well known in Japan and had a far-reaching effect on contemporary artists in the region.

Duggie Fields was born in Tidworth, Wiltshire and grew up in the English countryside. He first came to notice in 1958, when he was 14, in the Summer Exhibition at the Bladon Gallery, Hurstbourne Tarrant, while he was attending the nearby Andover Grammar School.

Fields briefly studied architecture at Regent Street Polytechnic before looking at the Chelsea School of Art for four years, starting in 1964. He left with a scholarship that took him on his first visit to the United States in 1968. Fields’ work progressed through minimal, conceptual and constructivist phases to a more hard-edged post-Pop figuration as a student. His main influences were Jackson Pollock, Mondrian and comic books, with particular regard to those worked on by Stan Lee. In 1968, after his US visit, Fields lived in Earl’s Court Square and shared a flat with Syd Barrett, who had just left Pink Floyd. Fields still live in the same flat, and he works in Barrett’s former room, using it as his atelier.

By the middle of the 1970s, his work included many elements that were later defined as Post-modernist. In one painting, Marilyn Monroe is shown with her head severed. In 1983 Fields was invited to Tokyo by the Shiseido Corporation, where a gallery was created to show his paintings. For the occasion, the artist and his work were simultaneously featured in a television, magazine, billboard and subway advertising campaign throughout Japan.

In 2002, he designed posters for Transport for London In 2013, he was taken to Los Angeles by artist and benefactor Amanda Eliasch with fashion designer Pam Hogg for Opfashart, which Eliasch had put together for “Britweek”. 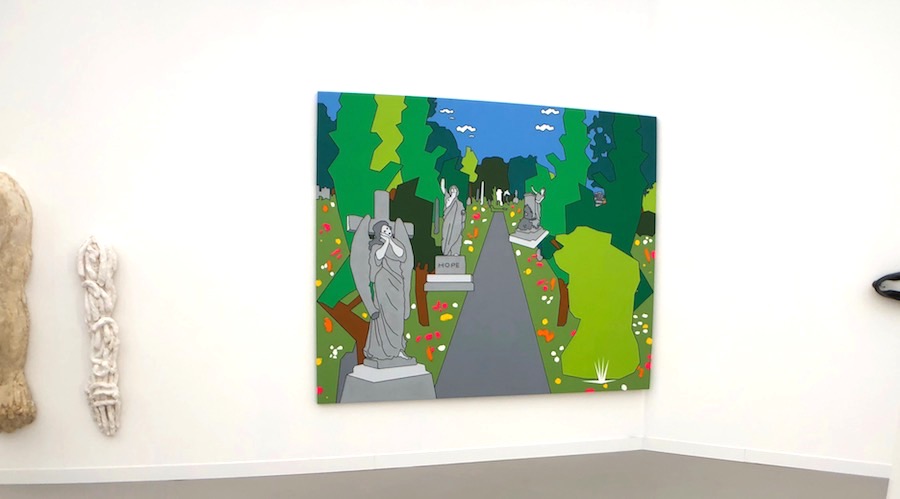 From 2013 to 2015, Fields worked to preserve Earls Court Exhibition Centre designed by architect Howard Crane and the surrounding area. The campaign was not successful but made people aware of the general decline of architecture in the London area.

In 2016 Fields was celebrated by the British Film Institute FLARE with a collection of his videos.