Dana Lixenberg a Dutch photographer has won the Deutsche Börse Photography Foundation Prize at London’s Photographers’ Gallery for her portraits of the residents and community of the Imperial Courts housing project in Watts, Los Angeles. She was announced at the twentieth edition of the prestigious £30,000 prize by former ICA Director, Ekow Eshun, at an award ceremony at The Photographers’ Gallery, on Thursday 18th May.

Lixenberg started her project IMPERIAL COURTS (1993 – 2015) after the Los Angeles riots and has revisited and expanded her project over the following twenty-two years. In contrast to the often one-dimensional and sensationalised media coverage, Lixenberg takes a more controlled and formal photographic approach, “slowing things down” – as she puts it. The project includes images from different years that follow the trajectories of individual stories. Over time, lives have been lost, people have disappeared or gone to jail, and the children of early photographs, have grown up and had children of their own. In later visits, Lixenberg started using audio and video recording to document the conversations and specific soundtrack of the neighbourhood. In this way, Imperial Courts chart the effects of a complex and evocative passage of time on an underserved community. 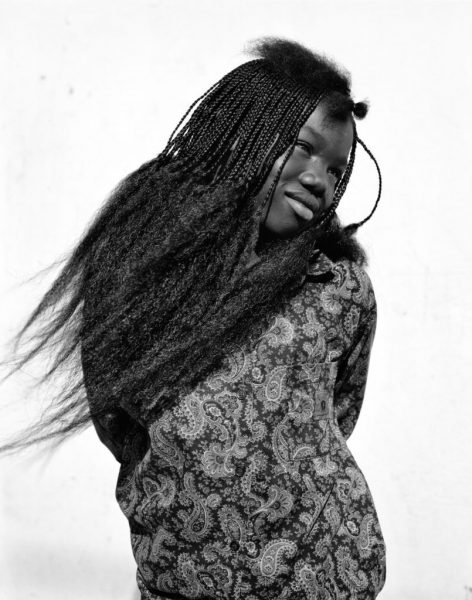 Brett Rogers, Director, The Photographers’ Gallery and non-voting chair of the 2017 jury, said: “We are delighted to announce this year’s winner as Dana Lixenberg. This comprehensive and measured series impressed all of the judges through its affirmation of photography’s power to address important ideas through pure image. Lixenberg’s work is simultaneously understated and emphatic, reflecting a cool sobriety, which allows her subjects to own the gaze and their contexts without sentimentality or grandiosity. Originally presented in book format, each portrait operates as a self-contained story. Dana Lixenberg has expertly harnessed the photographic medium to rethink stereotypical representation and empower a community with direct voice and visibility.”

Anne-Marie Beckmann, Director, Deutsche Börse Photography Foundation, said: “We would like to congratulate Dana Lixenberg as the winner of the Deutsche Börse Photography Foundation Prize 2017 and also thank The Photographers’ Gallery for the terrific partnership we have enjoyed for many years. On its’ twentieth anniversary, we are proud that the Prize has become one of the most prestigious awards in contemporary art. We are particularly pleased that the exhibition is touring internationally – and that it will open at Frankfurt’s MMK Museum für Moderne Kunst this summer and subsequently at the Aperture Foundation in New York – the first US exhibition of the Prize.”

Dana Lixenberg (b. 1964, Netherlands) lives and works in New York and Amsterdam. She studied photography at the London College of Printing and at the Gerrit Rietveld Academie in Amsterdam. Lixenberg works on long-term projects, mostly focused on individuals and communities on the margins of society. These include Jeffersonville, Indiana, a collection of landscapes and portraits of the small town’s homeless population, and The Last Days of Shishmaref, which documents an Inupiaq community on an eroding island off the coast of Alaska. The power of her work is found in the intimacy of her images and the absence of social stereotyping. She has gained international recognition through her work for publications such as Vibe, The New York Times Magazine, The New Yorker, Newsweek and Rolling Stone. Her work has been widely exhibited and can be found in prominent collections. In addition to Imperial Courts 1993-2015 (2015), her books include Set Amsterdam (2011), The Last Days of Shishmaref (2008), Jeffersonville, Indiana (2005) and united states (2001). 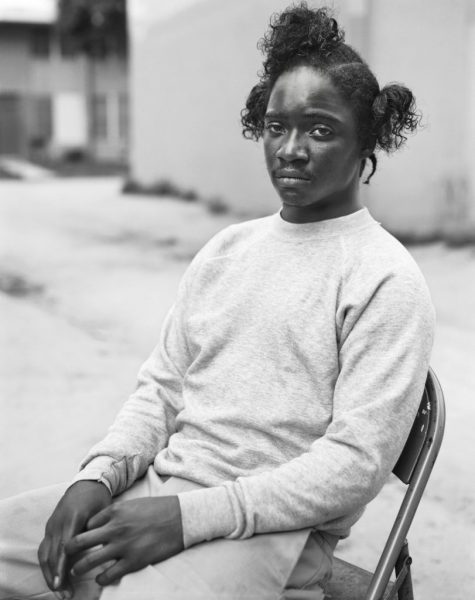 All the nominated projects from the shortlisted artists for 2017, also including works by Sophie Calle, Awoiska van der Molen and Taiyo Onorato & Nico Krebs – will remain on display at The Photographers’ Gallery until 11 June 2017.

The exhibition then begins its tour to the MMK Museum für Moderne Kunst in Frankfurt from 29 June until 17 September 2017 and subsequently travels to Aperture Foundation in New York from 16 November 2017 until 11 January 2018. This exciting development marks the first US exhibition of the prize in its twenty-year history.

The Deutsche Börse Photography Foundation Prize is an annual award established by The Photographers’ Gallery, London, in 1997 and in partnership with the Deutsche Börse Group since 2005. Since 2016 it has been awarded together with the Deutsche Börse Photography Foundation, a non-profit organisation specifically focused on the collecting, exhibiting and promoting of contemporary photography. The £30,000 prize rewards a living photographer, of any nationality, for a specific body of work in an exhibition or publication format in Europe, which is felt to have significantly contributed to the medium of photography between 1 October 2015 and 30 September 2016.

2017 marks twenty years of the Prize and reaffirms its position as a barometer of talent, excellence and innovation. The award remains committed to showcasing photographers and works of all genres and approaches, which exemplify exceptional viewpoints and bold practice.